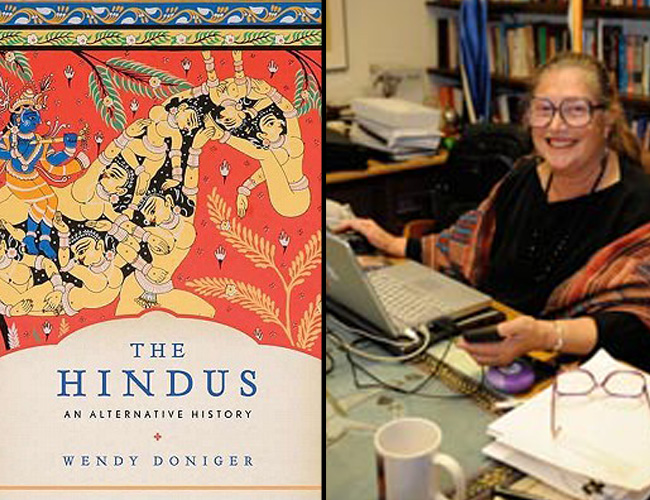 NEW DELHI — When Penguin India decided to withdraw a book on Hinduism by the American scholar Wendy Doniger in February, it cast a pall over the Indian publishing industry, which was already vulnerable to lawsuits because of the ambiguous language of Indian defamation laws.

Now, a young publishing house, Aleph Book Company, is under pressure after it became the latest target of an effort to suppress books by invoking Section 295a of the Indian penal code, which outlaws “malicious acts, intended to outrage religious feelings.”

After receiving a threatening letter from the same man who filed the lawsuit against Penguin, Aleph decided to hold off on reprinting Ms. Doniger’s book “On Hinduism.” Since then, one of Aleph’s co-founders has left, and at least two notable authors are considering leaving as well.

Aleph was founded in May 2011 by the renowned author David Davidar, in partnership with Rupa Publications India. Though Aleph puts out fewer titles compared with other publishing houses, it has made a name for itself in the industry through its stable of well-established authors in the fiction and nonfiction genres.

On March 10, Aleph said in a statement that it had received a “legal letter” from Dinanath Batra, whose lawsuit prompted Penguin to pull Ms. Doniger’s book “The Hindus.” Mr. Batra, who is a member of a conservative Hindu cultural group, said he would take legal action against Aleph unless it withdrew “On Hinduism,” which he said had several “objectionable passages that offended the sensitivities of the Hindu community.”

Aleph said in the statement that the book was out of stock and that it would be reprinted only after the objections were examined by “lawyers and four independent writers and scholars.”

In mid-April, Ravi Singh, co-founder of Aleph, quit for reasons he has declined to disclose, but many of Aleph’s authors, both current and former, saw his resignation as a principled stand for free speech.

“Ravi published both my books. He’s a brilliant, thoughtful man with tremendous integrity,” Sonia Faleiro, an author who has also been an India Ink contributor, said in an email. “I’m so proud of his decision, and it would be my honor to work with him again.”

Hartosh Singh Bal, an author who has also contributed to India Ink, praised Mr. Singh for taking a step in the right direction, adding that a single individual can often make a difference.

Aleph’s decision to delay the reprint of “On Hinduism” until it hears from the independent scholars has made several authors anxious about their books, especially those about controversial issues.

Mr. Bal’s book on the 1984 anti-Sikh riots is currently being edited by Aleph. “I am perturbed by the situation,” Mr. Bal said. “If they do decide to hold Doniger’s book, I might have to reconsider my relationship with the book company.”

Omair Ahmad, the author of “Jimmy the Terrorist,” said in a telephone interview that he intended to ask Aleph to cancel two book contracts — one for a travelogue on Bhutan that has already been published, the other for a yet-to-be-published book on eastern Uttar Pradesh.

He made the decision after Mr. Singh, who is his editor, announced his departure, but he said that the way Aleph handled “On Hinduism” informed his choice.

Mr. Ahmad also said that he trusted Mr. Singh and would follow him rather than stay with Aleph. Mr. Ahmad also asked Penguin India to cancel previous contracts after it decided to recall “The Hindus.”

“My process of writing is endangered when you don’t have an open, honest space,” Mr. Ahmad said. “And I would rather burn every single book that I’ve written with my own hands than let somebody else do it.”

After Penguin withdrew Ms. Doniger’s book in February, two Penguin authors, Siddharth Varadarajan and Jyotirmay Sharma, decided to withdraw their books in protest. Mr. Varadarajan now wants to self-publish his book on the Gujarat riots of 2002.

Mr. Varadarajan said he wasn’t sure why Aleph succumbed to the pressure. “There was not even a court case. How can they give in by the mere mention of a legal notice?”

Repeated phone calls and emails to Aleph went unanswered. Ms. Doniger said that she could not comment on the issue but was interested in seeing how “it works out in the long run.”

Mr. Bal faulted Penguin for setting what he called an unnecessary precedent. “If you succumb once, you will have to keep succumbing to these organizations that would find something or the other objectionable,” he said. “I think there may be a deluge of books that might be withdrawn or pulped.”

If Mr. Batra has his way, that may be the case. In a phone interview, he said that if he found other books to be “hurting the sentiments of Hindus,” he would take action against them. “This was not the end,” he said.