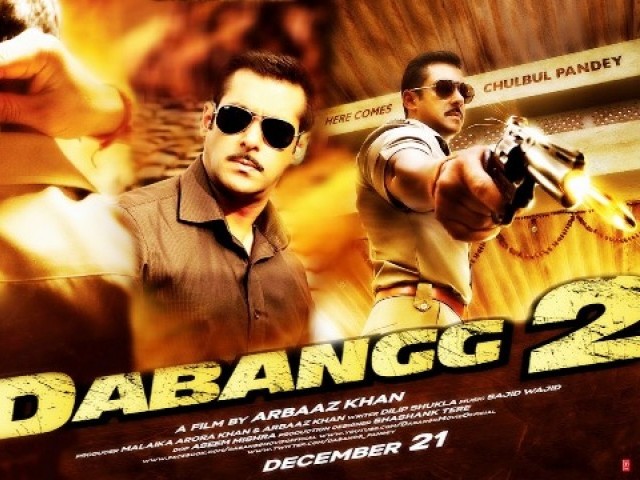 By Raksha KumarJanuary 5, 2013 No Comments

Reading that Dabangg 2 had made close to Rs150 crore in less than 14 days perked up my interest. After all, I wondered, what would it take for a film to become one of the highest grossing Bollywood films of all times?

With enormous curiosity and an absolutely open mind (I haven’t seen its prequel, Dabangg.) I marched into a near-packed theatre armed with a bucket of popcorn.

The first kidnapping sequence reminded me of senseless south Indian action films which are omnipresent on movie channels these days.

The mindless violence and a desperate attempt at comedy already began to irritate my sensitive taste. I concluded long before the film ended that Dabangg 2 was crass, idiotic and senseless. I couldn’t believe the amount of money AK Productions had made by putting out a product that is way lower than substandard.

But, what does this say about the audience?

No sooner had I made my conclusion than I realised that I was trying to put the wrong lid on the bottle. The film was just perfect in its place. I was the wrong audience for it.

The film is for Salman Khan fans; they want to see him beat up the bad men, romance the heroine and have emotional encounters with other character actors.

Of course, not to forget the ever important presence of “item songs” so our Salman bhai can take a break from his fights.

Most songs that adorn this title are an insult to poetry and are the worst form of sleaze.

Dabangg 2 is a tight slap across the faces of those Bollywood film makers who claimed that Indian audiences (at large) are mature enough to accept and adore intelligent movies with a well-thought out story line and decent dialogues.

This film is a clear indication of what the audiences want. In an era where audiences rule and filmmakers want to give them what they want, most of the money in the industry will surely go into making such films in the future.

I might be a prude, bordering on being a snob. Well, then that is who I am.

People like me hope and pray silently that films that are made for us are given as much financial resources (while I feel my Rs180 was wasted on Dabangg 2.)

Here’s a call for attention to our minority community of avid film watchers – we need intelligent and entertaining films!

Published in: The Express Tribune
Published on: 05 Jan, 2013
Link: http://blogs.tribune.com.pk/story/15484/dabangg-2-crass-idiotic-and-senseless/