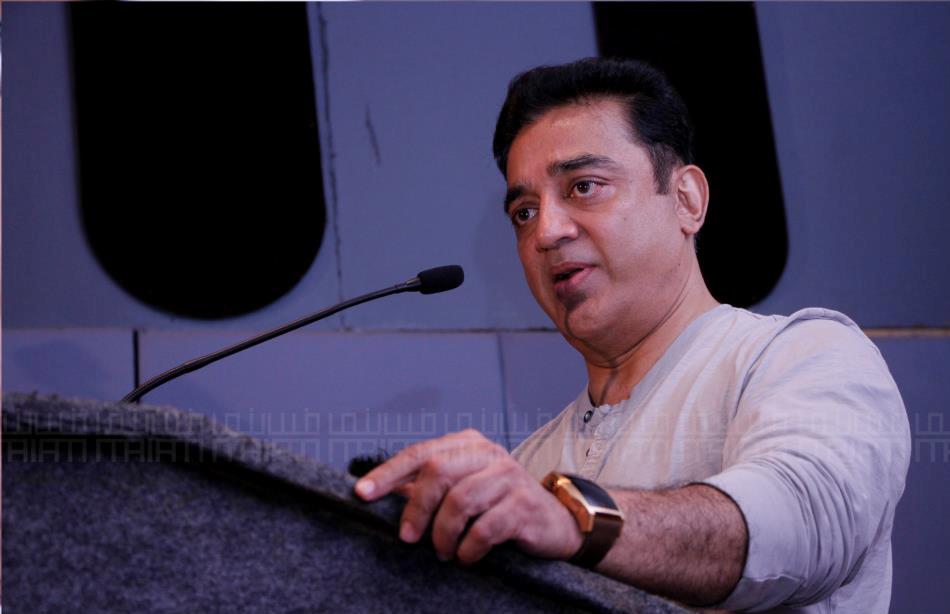 Does Kamal Haasan Deserve This?

Twelve hours was enough for veteran actor Kamal Haasan to lose all hope (or whatever was left of it) in India’s political structures. Last night, the Madras High Court had lifted the ban by the Tamil Nadu government on Hassan’s film Vishwaroopam. However, in the morning, police halted screening across Chennai.

Frustrated and fed up, Haasan held a press conference in Chennai this morning where he said, “If there is no secular state in India, I would go overseas. I think Tamil Nadu wants me out.”

There was a depressing sense of déjà vu both for the citizens of this country and Kamal Haasan when he recalled M F Husain’s exit from the country after the painter’s freedom of experssion was trampled upon. Certain Hindu groups protested against Husain’s nude paintings of a certain Hindu goddess.

Hassan’s frustration was evident on his face when he said that he had pledged all his property on this film and had nothing more to lose, he would leave the country freely.

The 58-year-old Padma Shri awardee has starred in the largest number of films submitted by India in contest for the Academy Award, for Best Foreign Language Film.

Indian democracy started it’s descent towards intolerance when Prof Ashis Nandy’s comments were stifled under the garb of being divisive a few days ago, and reached the peak today when Haasan’s film is being used as a political tool.

What right does the government of Tamil Nadu have to stall a film when the Censor Board has given it a go ahead? What right do they have to stop the screening when the courts have given it a clean chit? What is the politics behind the fringe Muslim groups that have claimed that the movie is offensive? How long will artists have to suffer in the hands of politicians?

In 1989, the landmark Supreme Court judgment in the S. Rangarajan v/s P. Jagajivan Ram case held “freedom of expression cannot be suppressed on account of threat of demonstrations and processions and threat of violence”. The Tamil Nadu Government was not only being severely intolerant but also unconstitutional in deciding to impose a ban on the film.

Haasan said in the press conference that he thinks in Tamil, writes in Tamil and that his poems are in Tamil. If Kamal Hassan is forced to move out of the state in the quest for his uncompromising freedom of expression, the citizens of Tamil Nadu will face a loss they will never make up for.