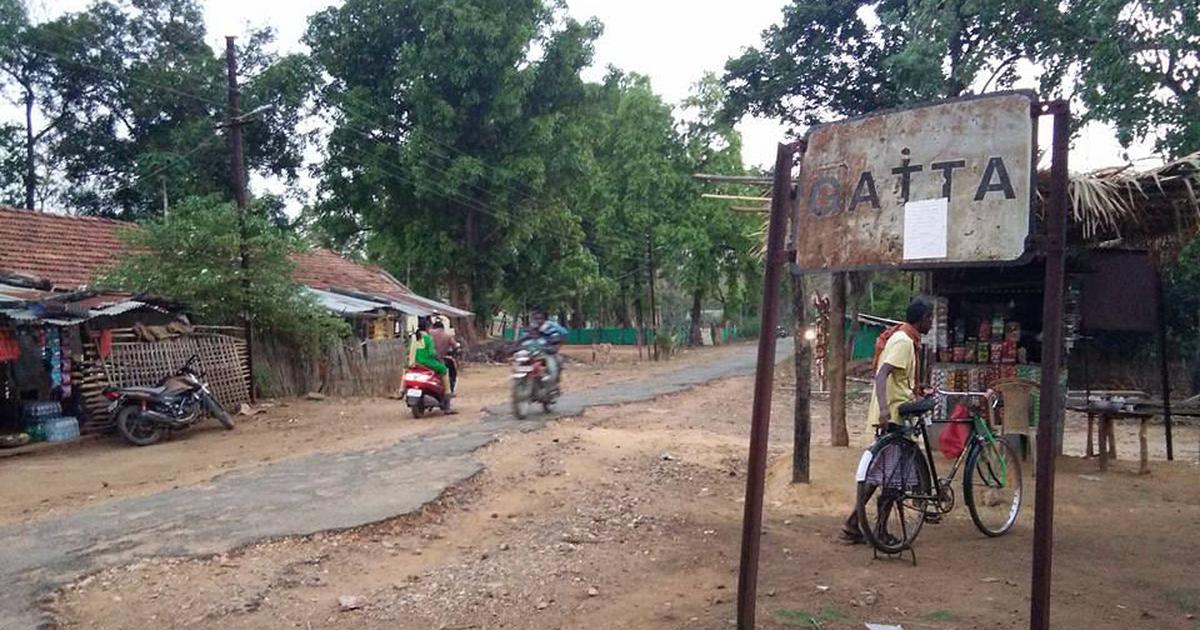 For Adivasis in Maharashtra’s Gadchiroli, mining has brought increased militarisation and violence

They complain that the state treats ordinary villagers opposing mining in the Surjagarh forest no different than it does the Maoists.

Nestled deep in the Surjagarh forest of Maharashtra’s Gadchiroli district, Gatta seems a serene village. Most people grow their rice, sell tendu leaves, celebrate with mahua and enjoy the lush overgrowth around them. But a closer look throws up a different picture.

Reaching Gatta from Allapally, the nearest town in Etapalli tehsil, requires crossing six paramilitary camps and several police barricades. The largest camp, housing some 200 personnel, is at Hedri, a village of less than 900 people.

“Our village is like a beautiful captured bird,” said Sainu Gota of Gatta, popularly called Gond Raja as his family were traditional leaders of the tribe. He is now a zila parishad member.

If the overwhelming paramilitary presence was not enough, residents of Gatta and surrounding villages must contend with the Surjagarh iron ore mine as well. The government has opened up some 348 hectares of land in Surjagarh for mining iron ore. Lloyd’s Metal and Energy Limited, which is allowed to extract 1.2 million tonnes of ore a year, is already mining while Gopani Iron, Corporate Ispat Alloys and Jindal Steel Works Ispat have secured permission.

The villagers oppose the mining, saying it threatens their environment and livelihood. They are paying a heavy price for their resistance.

In any conversation, the villagers clarify that there are three stakeholders in the battle they are fighting. The state aiding the mining companies, the Maoists and ordinary villagers. “We are opposed to the state but we are not Maoists,” said Mangesh Phungoti, a 23-year-old resident of Gatta.

Phungoti spent three days in jail in January. The police had charged him with obstruction of justice, he alleged, for merely talking to people about their rights under the Panchayats Extension to Scheduled Areas Act. The 1996 law empowers gram sabhas to decide how their traditional forests and lands are used.

Phungoti said he often speaks to fellow villagers about their rights as Adivasis under the Panchayats Act, the Forests Rights Act of 2006 and other laws. 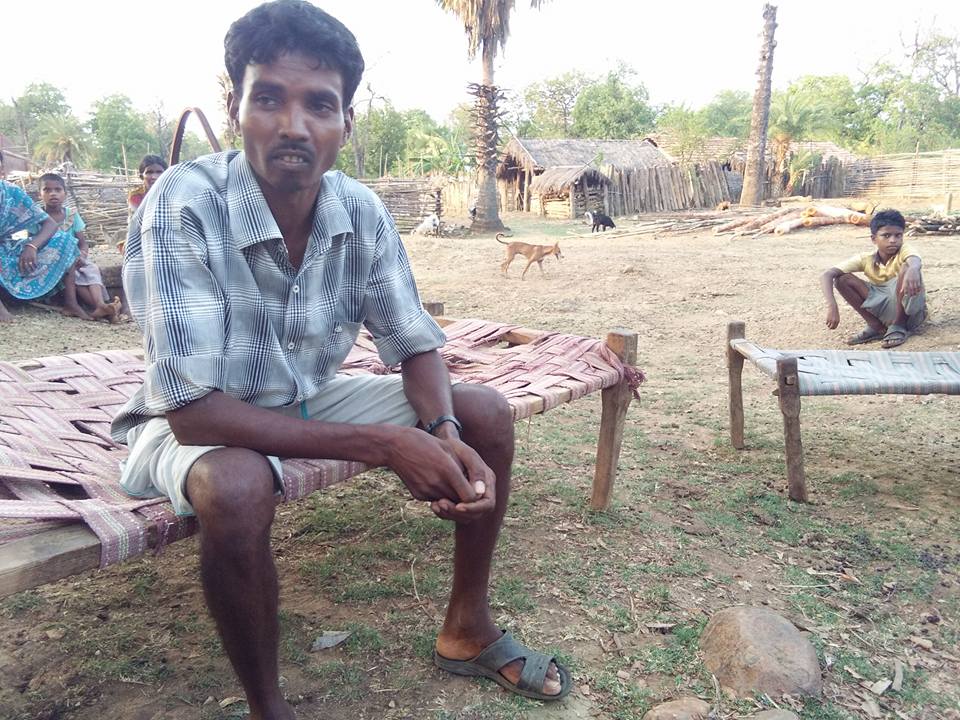 Central India’s forests hold abundant reserves of coal, bauxite and iron ore. Gadchiroli specifically has vast deposists of iron ore and limestone, which mining companies, with the help of the state, have long sought to exploit. But the Adivasis living in these forests fear mining will inevitably destroy the lands that have sustained them for centuries. This has led resulted in a now decades-long conflict between the villagers and the state, and contributed to the rise of the Maoist insurgency.

When India’s Maoist movement began in the 1960s, it revolved around questions of land ownership and peasant wages. Gradually, as the state opened up Adivasi lands to private corporations, the Maoists launched a struggle against unchecked mining and industrialisation, and corporate ownership of resources at the expense of local populations. Since their demands align with ordinary villagers’, the state treats them the same, alleged Lalsu Nogoti, a lawyer and zila parishad member from Gatta.

On January 5, nearly two dozen people from the Surjagarh region launched a relay hunger strike outside the District Collectorate in Gadchiroli to protest against the mining. Three of them had to be hospitalised within days of staring the strike and 10 more in April. The strike is still going on. “Would Maoists ever go on a hunger strike?” asked Nogoti. “We are just asking the state to not treat everyone who raises their voice as a Maoist.”

Yet, almost every village in the region tells stories about their children being taken away by the security forces.

About four kilometres further into the forest from Gatta is the small village of Gundjur. A year ago, a police patrol came to the village and dragged away Naresh Raino Ungoti from his house. His mother Mano Raino Ungoti threw herself at the policemen’s feet, pleading them to leave her son alone. They allegedly beat her away. “I told them he was 16 and offered to show his Aadhar card,” she said. “But they did not listen to me. Aadhar card is fake, they said. They claimed he was a Maoist.”

The teenager is currently being held in a juvenile home in Gadchiroli. 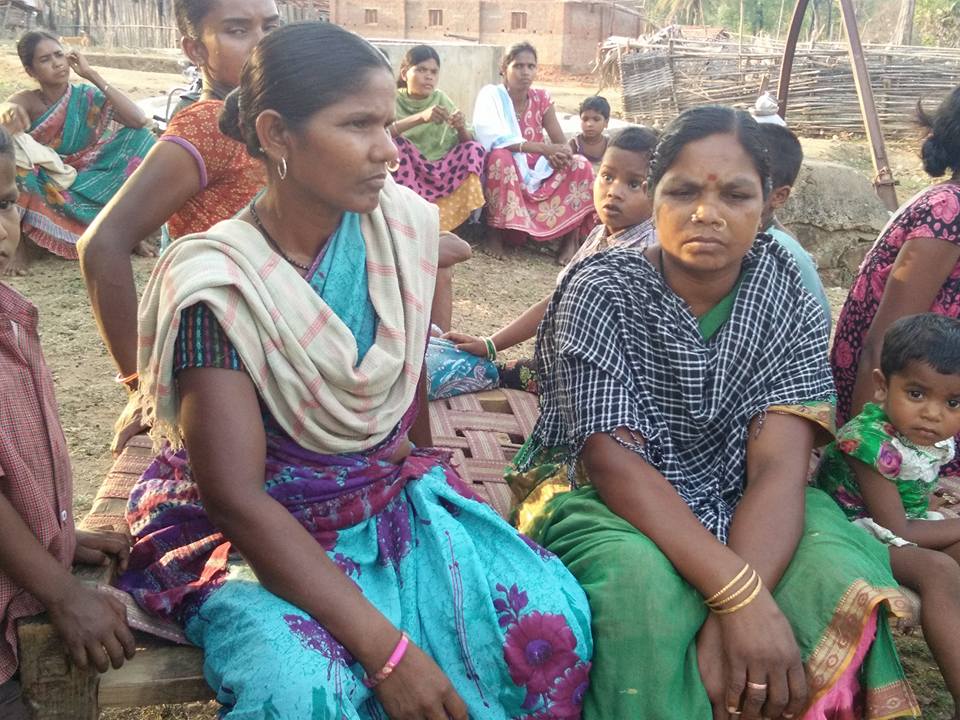 Mano Raino Ungoti, left, was allegedly beaten up and her son taken away by the security forces a year ago. Photo credit: Raksha Kumar

Lloyd’s Metal and Energy Limited first received the mining lease for Surjagad in 1993 and it was renewed in 2006-’07. But it did not start mining until 2011. When it did, both the villagers and the armed rebels protested. Successive gram sabhas passed resolutions opposing the mining. But just as the villagers’ agitation was gaining strength, the Maoists set fire to over 70 trucks of the company in December 2016. “That eliminated all distinction between ordinary villagers and the Maoists in the eyes of the law enforcement agencies,” said Nogoti.

When mining restarted in February 2017, the presence of police and paramilitary in the region was increased substantially, said Gota. “All camps have cropped up in the past couple of years,” he claimed. Such a large presence of government forces and the fact they have almost free reign, he added, has left the villagers scared.

Seven months ago, Dinesh Phungoti went missing. The 17-year-old was last seen being beaten by the security forces on the streets of Gatta. His father Mansu Phungoti has written letters to the sub divisional magistrate of Etapalli and the police chief of Gadchiroli, asking for the whereabouts of his son. But to no avail. “Police said Dinesh was a Maoist,” said Sheela Gotta, former sarpanch of Gatta.

The killing of over three dozen alleged Maoists in Gadchiroli in late April has further scared the villagers. Among the dead were eight youth from Gattepalli village who apparently had nothing to do with the Maoists. “We are still not sure how many of the people killed in the encounters were ordinary villagers,” said Sheela Gotta. “But we are sure not all of them were Maoists.” 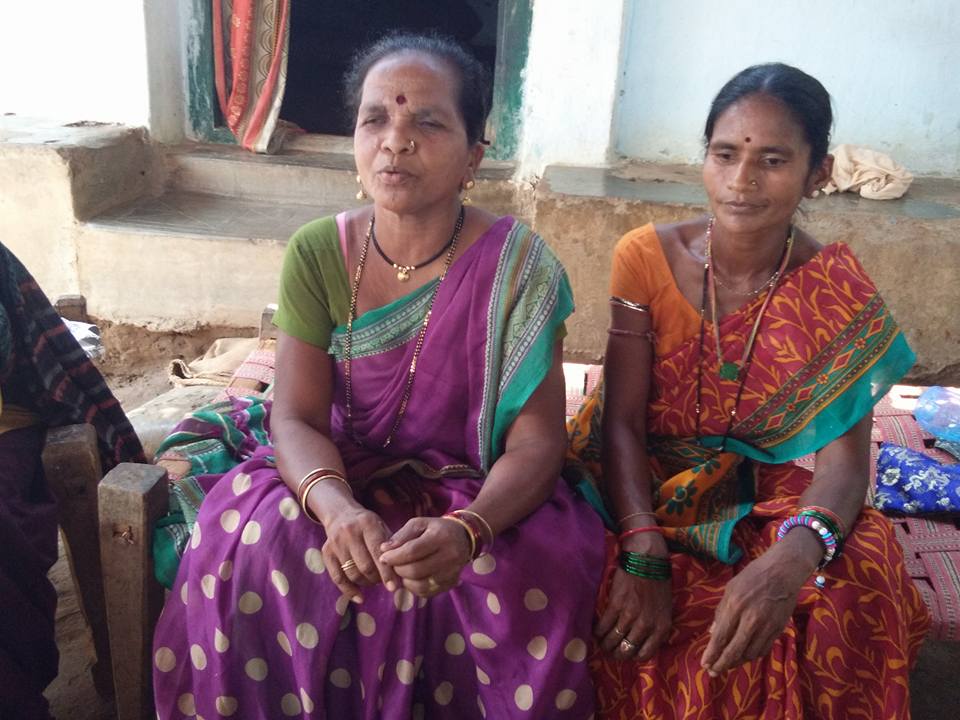 ‘We are still not sure how many of the people killed were ordinary villagers but we are sure not all of them were Maoists,’ says Sheela Gotta, left, former sarpanch of Gatta. Photo credit: Raksha Kumar

In recent months, there has been a spate of arrests, surrenders and killings of Maoists across Maharashtra, Chhattisgarh, Jharkhand and Odisha.

In early March, at least 10 suspected Maoists were gunned down along the Chhattisgarh-Telangana border. On March 25, three guerrillas were killed in Koraput district of Odisha. On April 27, seven suspected Maoists were killed at Ipenta in Bijapur, Chhattisgarh. Around the same time, the Jharkhand police were engaged in a six-day gunfight with the rebels in West Singbhum.

On the other side, the Maoists killed 67 security personnel in 2017. Figures for 2018 have not been released by the home ministry yet.

The aggressive campaign against the Maoists is in keeping with the home ministry’s National Policy and Action Plan “to combat left-wing extremism in 106 districts across 10 states”. The action plan, formulated in 2015, has resulted in incidents of violence declining by 20%, “with a 34% reduction in related deaths in 2017 as compared to 2013”, the ministry claimed last month.

In Gatta, the Adivasis point out that whenever such an offensive is launched, ordinary villagers suffer the most. “The state doesn’t show restraint,” said Nogoti. Often times, added Phungoti, “neither do the Maoists”.

Published in: Scroll.in
Published on: May 13, 2018
Link: https://scroll.in/article/878610/for-adivasis-in-maharashtras-gadchiroli-mining-has-brought-increased-militarisation-and-violence