‘They proudly call themselves gharelu kaamdar’

By Raksha KumarSeptember 2, 2017 No Comments 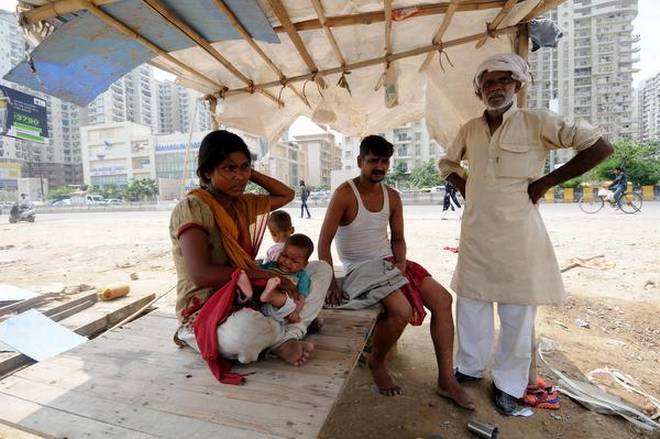 People whose work is not considered ‘work’

More than 90% of the country’s workforce is unorganised, but domestic workers don’t make it to even this category because their labour — cooking, cleaning, housekeeping — is not even recognised ‘work’ by the state. Without such recognition, their conditions cannot be regulated or improved. Most workers are women and from vulnerable segments, and the need to protect their rights is more urgent.

In December 2016, the National Platform for Domestic Workers — formed by civil society organisations of workers in the informal sector and trade union members from 15 States — demanded a comprehensive legislation to regulate working conditions of domestic workers and provide them with social security benefits.

They drafted the Domestic Workers Regulation of Work and Social Security Bill, which proposes an autonomous statutory body, and the mandatory registration of domestic workers, employers and placement agencies.

What has the National Platform for Domestic Workers achieved?

SB: In the unorganised sector, there is no permanent employee-employer relationship. Some of us saw this closely when we were working with construction workers in the 1980s. We realised that the laws for organised sector cannot be applied to the unorganised sector. Who will provide for the worker’s social security, for example? At the same time, in the mid-2000s, there was a policy shift.

In 2006, for example, for the first time, domestic work was included in the Child Labour Act. Meaning, working in homes also came under “hazardous industries” where children couldn’t work.

Increasingly, we felt the need for a comprehensive law. Twenty organisations, across 15 States, came together and are now demanding a law to regulate domestic work.

NN: We think workers should get their rights, not just welfare. And the employers should pay for the welfare. In certain residential enclaves in Delhi, women who have lobbied have gotten a day off. So too in Patna. So, it is organising that gets you somewhere.

How are domestic workers involved in the platform?

SB: Domestic workers come together and discuss the issues and it is they who decided on certain non-negotiables: basic wages, work hours, social security etc. They made their demands clear. Since this is a bottom-up campaign, we consider it very important for them to be involved in it.

How would an incident such as the one in Noida be tackled better if we have the law?

There will be definite wages and less confrontation. An incident such as the Noida one will be almost impossible. Even if there is disagreement, they can settle it as equal players. Placement agencies will be registered and regulated.

NN: If Zohra belonged to a collective, there wouldn’t have been a problem. She had no cover, no security.

Can this law help reduce trafficking?

SB: It will make it come down to zero. Every worker will have to be registered.

NN: Our collectives have done a huge amount of awareness generation on migration rights in Odisha and WB. Such awareness will also ensure that they are not “tricked” into migrating.

What are the major challenges to the passage of such a Bill?

NN: Employers do not even want to be called ‘employers’. They say he works with me, but never say I am the employer. Because being called an employer comes with responsibilities. The second challenge is that domestic work is not considered work.

A woman’s work at home never had any dignity, it was supposed to be done naturally. The third challenge is that eventually, when the law does come about, a lot of people won’t be able to afford domestic help. As in the West, you would have to employ the worker once or twice a week. But that doesn’t mean we allow exploitation.

Do we first have to change society before we pass a law?

NN: It needs to go hand in hand. As part of the domestic workers’ collective, we tell them their work is dignified, and they proudly call themselves gharelu kaamdar.

Published in: The Hindu
Published on: 02 September, 2017
Link: http://www.thehindu.com/society/they-proudly-call-themselves-gharelu-kaamdar/article19608844.ece