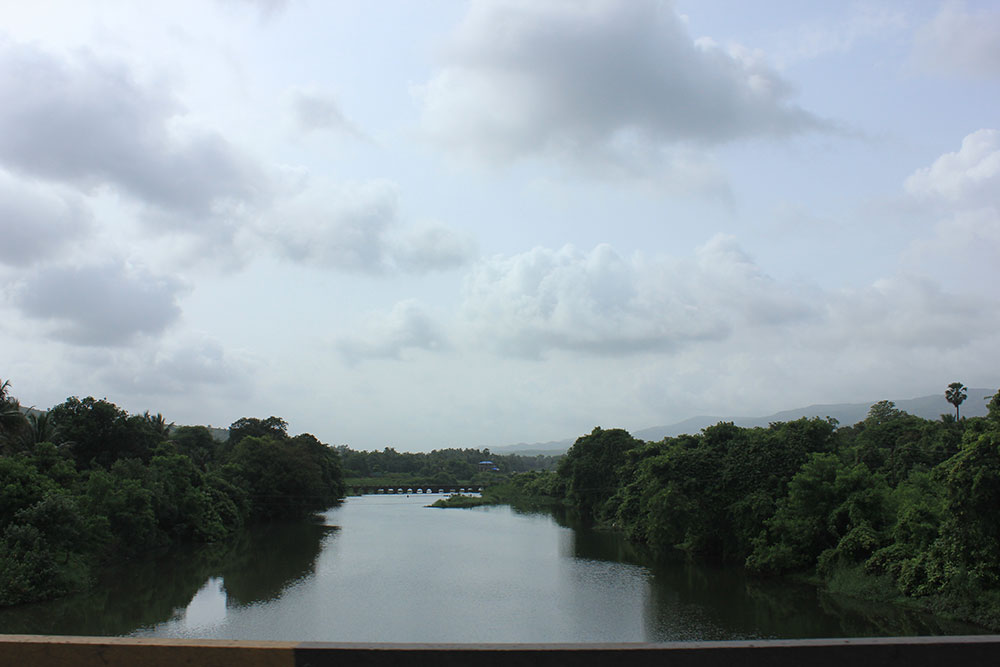 There simply isn’t enough water to support the 23 manufacturing hubs and 24 cities being planned between Delhi and Mumbai, say activists.

Twice a week,  Anna Khandare plays host to a group of relatives in his home in the Vivekanandpuram section in Maharashtra’s Aurangabad city. Without exchanging pleasantries, they head straight to the bathroom to wash the dirty clothes they have brought along in a big cloth bag. It’s only after they’ve finished doing their laundry that they sit down for a cup of sugary tea. As they depart, they remind Khandare that they’ll be back in four days to repeat the operation.

This ritual has been enacted with great regularity for about a year. “Since we have a huge well right behind our colony, we do not face a water-crunch as much as my other relatives do,” said Khandare, a social activist and former politician.  Six years ago, Aurangabad city got municipal water every other day. Two years later, the supply was reduced to three times a week. Now, it comes only twice a week.

Aurangabad is located in the heart of Maharashtra’s industrial area, with seven Special Economic Zones in the vicinity. In a few years, another manufacturing hub, even larger than these SEZs, will come up to the city’s east – the Shendra-Bidkin Mega Industrial zone, an early-bird project of the ambitious Delhi Mumbai Industrial Corridor.

The DMIC is a $100 billion infrastructure project with the twin aim of boosting manufacturing and urbanisation. The DMIC Development Corporation, which is overseeing the ambitious plan, aims to develop 23 manufacturing zones and 24 smart cities along the 1,500-kilometre route between Delhi and Mumbai. In addition to being transformed into an industrial zone, Shendra-Bidkin will also be the site of a smart city to be built by the Maharashtra government.

Over the next five years, about 21,000 acres in the region will be developed to accommodate four times the current population of the city. However, given the region’s severe lack of water, Aurangabad’s residents are uncertain about whether the project is feasible at all.

Aurangabad and the surrounding areas depend on water from the Jayakwadi dam, built on the Godavari river in the neighbouring Paithan district. But the DMIC feasibility report makes unrealistic assumptions about it, said Pradeep Purandare, a retired associate professor at Aurangabad’s Water and Land Management Institute. The report uses the capacity of the dam at the level it was at in 1964 to claim that there is enough water for the Shendra-Bidkin project, he said. However, the reservoir is never filled completely, Purandare said – it now holds only one-fourth of its original capacity.

Already, politicians from Aurangabad and Nashik are fighting about the amount of water that their districts should be allotted. “Upstream in Nashik they have dug up more canals for industrial purposes than is permitted” said Purandare. “Where will they get water from?”

Shendra-Bidkin is not the only region along the 1,500-kilometre-long DMIC in which water is a contentious issue. In Pithampur in Madhya Pradesh, slightly north of Aurangabad, several factories had to cut production in March and April due to a severe shortage of water.

Situated 20 kilometres west of Indore, Pithampur draws its water from the Narmada river. “The problem is that Narmada is not a glacial river,” said Tapan Bhattacharya, a farmers rights activist in Indore. “If there are no forests, there will be no Narmada. And forests are reducing drastically.”

In a paper titled Delhi-Mumbai Corridor: A Water Disaster in the Making?,  architect Romi Khosla and physicist Vikram Soni noted that several barges and damns have already been constructed on all the rivers in the DMIC region. “Clearly there is no possibility of building more dams without seriously disturbing the ecological flow,” they write. “The Chambal, for instance, already has four dams that divert almost half the river flow.”

Despite this, DMIC officials believe that water will not be a problem at all. “I think with intelligent use of water, we can easily go ahead with all the industrial corridors that the government is planning,” said Mukund Kulkarni, industries advisor to the Mahrashtra government.

To get around the lack of river water along the route of the project, the DMIC master plan says that it will rely heavily on ground water. This suggestion has been greeted with trepidation by farmers along the corridor. Among them is Babu Singh Patel, 66,  from Kalibillod village, just a few kilometres outside of the Pithampur industrial region. He owns about 200 acres of land that has been notified for acquisition for the DMIC. Patel says he had to dig only about 15 feet to get to water. “I think water is the main reason they want my multi-crop land,” he said. He grows wheat, corn, soya bean, fruits and vegetables. Already, industries that have come up nearby have left the ground water polluted, he complained.

Five hundred kilometres to the west of Pithampur, farmers in Dholera in Gujarat are also anxious. Close to 820 square kilometres of land here has been notified for acquisition. Rich in black soil, the region produces high quality cotton and cumin seeds.

However, Dholera is another of DMIC’s key projects. Gujarat’s industries development corporation has given its approval for the town to be developed into a smart city. “Building a city will not just concretise the area and affect the ground water table, it will also ensure that the neighbouring fields will receive less water for agriculture,” said Sagar Rabari, the founder of a land rights group called the Jamin Adhikar Andolan Gujarat. 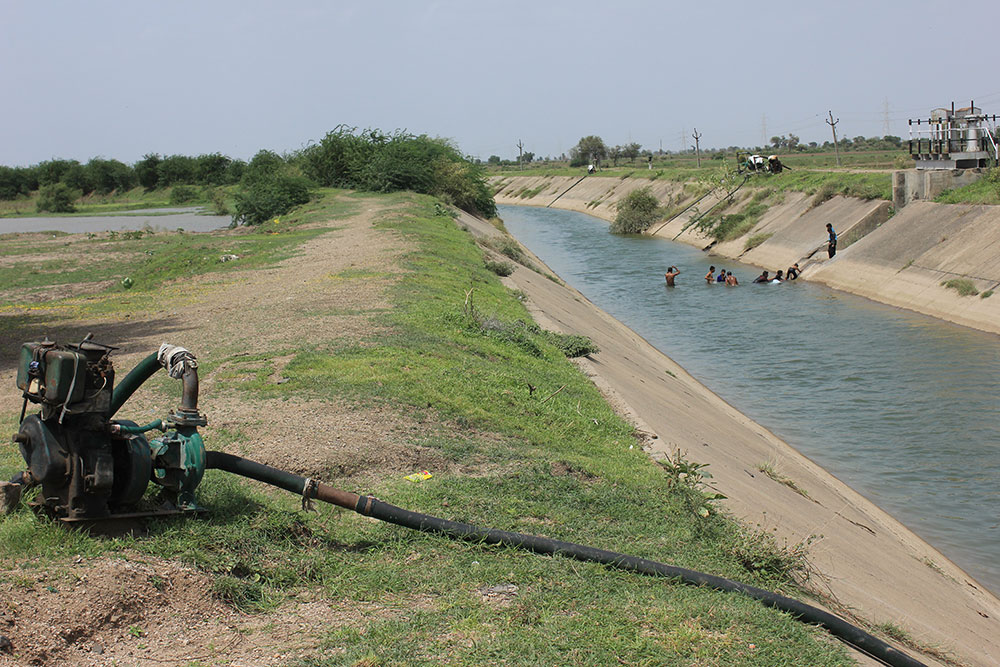 The main canal from the Narmada river in Dholera. Photo: Raksha Kumar

Rishit Neogi,  a researcher with the National Alliance for People’s Movements, is also wary of the DMIC. Building 24 cities between Delhi and Mumbai will destroy the ground water reserves, he claimed. “Cities are just consumers of water, while forests, waste lands and agricultural lands replenish water,” he explained.

This is the third in a four-part series on the Delhi-Mumbai Industrial Corridor. You can read the other parts here.