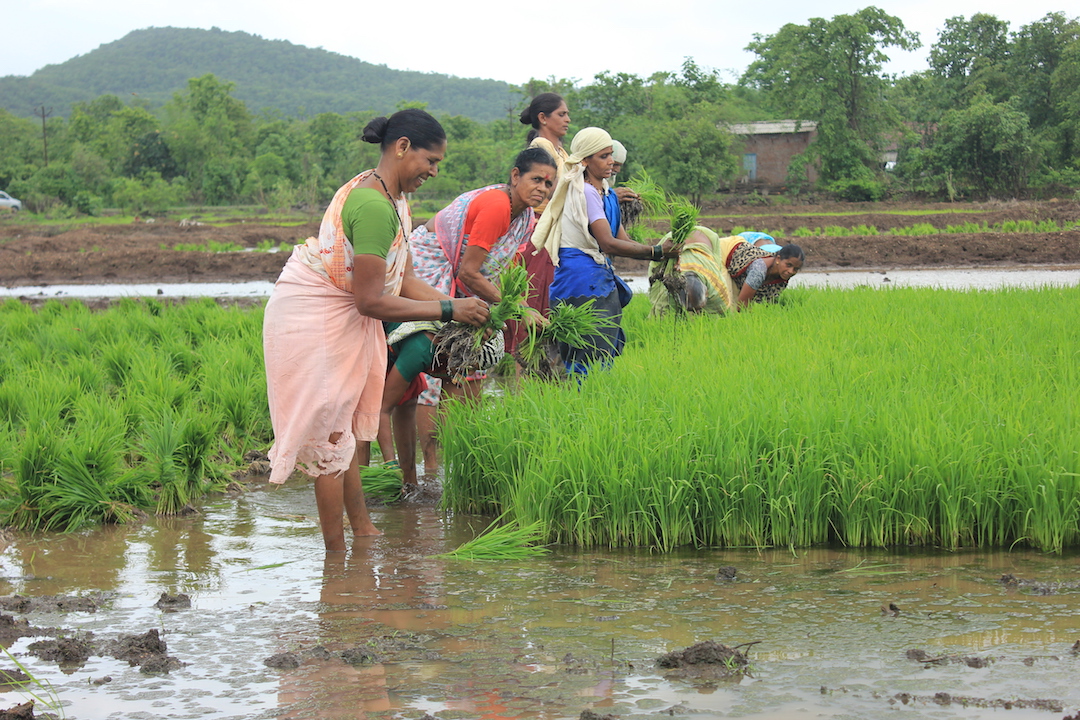 Successful Dilution of the LARR Act of 2013 (Part II)

Understanding land rights in contemporary India cannot be done without understanding the impact of one of independent India’s landmark legislations, Right to Fair Compensation and Transparency in Land Acquisition, Rehabilitation, and Resettlement Act (LARR Act) of 2013.

Land rights don’t only mean land redistribution, it is also a question of justified acquisition, just compensation and suitable rehabilitation and resettlement. According to Ram Kishan Paswan, a farmer, all the battles begin and end with land rights.  Paswan, a feisty crusader of land reform in India lives in a state with a pitiful record of land redistribution in the country – Bihar

A lengthy bridge across River Gandak connects with NH 28, a 570 kilometre long highway that cuts across eastern Uttar Pradesh and Bihar. The smooth highway awkwardly stands out amidst the backward districts it traverses.

On the highway, to the north of state capital Patna is East Champaran – the second most populous district of the northern Indian state of Bihar.

Paswan, 80-year-old farmer from Beria is despondent about the future of egalitarianism in India. “We fought the battle for land rights,” he said. “And we lost.”

He believes that the central government’s hastily promulgated ordinance in December 2014 to overturn the major provisions of the 2013 Act was successful in its intent, even though it lapsed six months later.

“So what if the Centre’s Ordinance lapsed? Look at how many states want to copy paste it?” asked Paswan.

Industry and government had reservations about the LARR Act. They said it made acquisition tougher. And since all major infrastructure and industrial projects are dependent on land, it was crucial that they made acquisition easier.

“Economy will come to a halt,” said the Vice President of a leading mining company, on the condition of anonymity. “My opinion is not popular. But, I want everyone to understand that land acquisition is no joke. It is the toughest part of setting up an industrial plant. And no one in the company is happy to do it,” he said.

Author Sanjoy Chakraborty believes that the question to be asked is whether the state should step in and acquire land for private companies at all. How do you define public interest, he asks in his book The Price of Land.

This question has gained strength in the past two decades when conflicts around land have seen a sharp spike. Many believe that such conflicts gave birth to LARR Act.

Even though LARR Act was passed in 2013, Paswan said the credit does not go to the then ruling UPA alone. “The Congress ruled the country for more than half a decade, why did they not legislate on land acquisition before that?” he asked.

Things had come to a pass in 2013, Paswan recollects. The decade before that was blood-soaked, with conflicts like Singur, Nandigram, Mumbai Maha Mumbai SEZ and Vedanta all leading to popular revolt and stretched legal battles.

Paswan credits people’s movements for passing the LARR Act, whose three most important provisions are consent of 80% of the land owners, social impact assessment to determine how acquisition affects all the land users (not only the owners), food security of the region if agricultural land is diverted for non-farming purposes and repatriation or returning the land to the owner in case it remains unused.

Since Part 1 of the series looks at the first two provisions. Let us focus on the other two in this story.

In February this year, a three-judge bench of the Supreme Court answered some questions regarding the compensation and repatriation under the land acquisition Acts. While the courts seem to be debating whether the compensation amount should be deposited in the courts or the bank accounts of the beneficiaries, there is another part of Section 24 of LARR Act, which has seen the most number of court cases since its passing four years ago.

According to Centre for Policy Research’s February 2017 report, Section 24 has been the most litigated provision of the LARR Act. A study of all Supreme Court litigation with respect to the LARR Act has shown that of the 322 cases, 97% of all cases were brought under section 24 of the Act. More importantly, in 92% of the cases the Supreme Court quashed land acquisition proceedings.

Farmers and land owners in Bhavnagar district of Gujarat are placing faith on these figures.

About 60,000 people have signed about 200-odd petitions in Bhavnagar district of Gujarat seeking their land be returned to them by the Gujarat government.

Rajdevbhai Harsurbhai filed a petition in the Gujarat High Court in December 2017, claiming he be returned his land title. His land in Khadsaliya village was acquired by the state government for Gujarat Power Corporation Limited’s Ghoga plant in 1996. However, 22 years later the government still holds on to the land ownership, while Harsurbhai and others have continued to cultivate them. 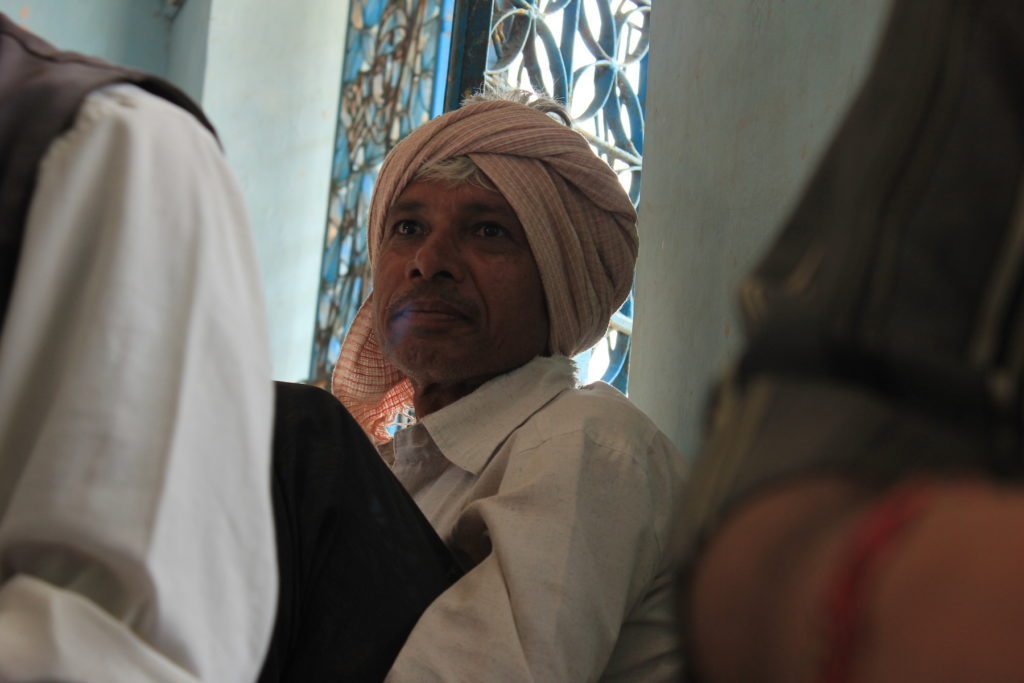 Not only can the farmers not sell their own lands, the government has systematically denied them basic requirements like irrigation water, claiming farm lands would be converted into industry anyway.

According to LARR Act, if lands that have been acquired are not utilised for more than five years, they have to be returned to the original owners of the land. This retrospective clause is perhaps the most litigated section of LARR Act.

Early in 2014, 18 appeals were made to the Supreme Court by land owners in Pune, all invoking the retrospective clause. Pune Municipal Corporation had acquired their land for the purpose of a “Forest Garden”, but the Garden never saw the light of day, they alleged.

Since then, cases under this clause have been filed from Rajasthan, Andhra Pradesh, Chhattisgarh and Gujarat.

However, Gujarat passed Right to Fair Compensation and Transparency in Land Acquisition, Rehabilitation and Resettlement (Gujarat Amendment) Act 2016, according to which the state is exempt from the repatriation clause. Given the case load in the Supreme Court, Gujarat government rushed into omitting the clause.

“Why did Gujarat pass its own land acquisition Act in a hurry, without waiting to implement LARR 2013?” asked Persis Ginwalla, Ahmedabad-based researcher and activist.

The fate of the farmers in Bhavnagar hangs in a limbo. “We don’t know what will happen to the case in the High Court. In the meanwhile, we will continue to cultivate our lands,” said Harsurbhai.

The one provision of LARR Act which is least discussed is food security. Even though a separate National Food Security Act was also passed in 2013, food security is a very important part of LARR Act.

“The reason is simple,” said Madhuresh of National Alliance for People’s Movement, a non-profit which is at the forefront of many land struggles. “There is only so much land. We need to build industries on it, but also make sure we grow enough to eat,” he said.

Under the LARR Act, irrigated multi-cropped land cannot be acquired, except under exceptional circumstances and as a demonstrable last resort. However, the states have expertly skirted around this clause while framing rules under the Central Act or while passing their own laws.

“The only state however, which has the elements related to Food Security imbibed in its Rules, is Jharkhand,” write Kanchi Kohli and Debayan Gupta, researchers at Centre for Policy Research, in a 2016 working paper on LARR Act titled Mapping Dilutions in a Central Law.

Telangana government wants to acquire close to 20,000 acres of fertile land around Hyderabad city for the purposes of building a Pharmaceutical hub. “We supply all the vegetables to Hyderabad,” said Parvathamma, a farmer in Medipally village, Siddipet District, about 60 kilometres south of Hyderabad. Her village, along with 10 others are set to be acquired for drug making factories.

“Where will the city of about 10 million people get their vegetables from if our lands are taken away?” she asked.

The smooth roads that lead to Siddipet are lined by standing crops of rice, corn and tomatoes. With a sweep of her hands, Parvathamma showed the lands and said, “why will you need medicines that the pharma companies will produce if you can merely eat better vegetables?”

Read the first part of the story here

Published in: Bar and Bench
Published on: 20 April, 2018
Link: https://barandbench.com/policy-people-successful-dilution-larr-act-2013/