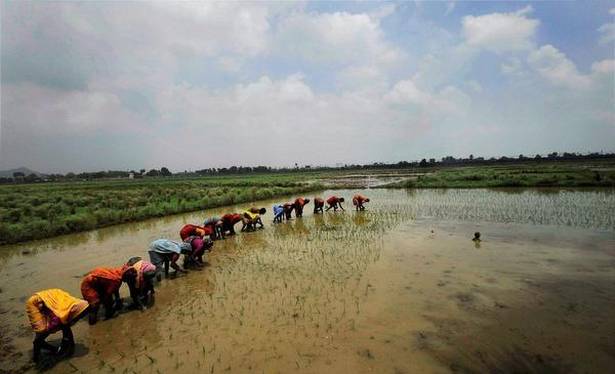 By Raksha KumarNovember 1, 2019 No Comments

In many parts of Bihar, as indeed in most of India, a Dalit owning land is seen as an act of defiance, and Dalit women especially face the brunt of the resentment

Krishna Devi*, who estimates her age to be around 50, lives on the edge of a large patch of land in a tiny village in Chakia block in East Champaran district of Bihar. On these roughly five acres of land, Devi sows paddy in the rainy months and corn later in the year. She harvests the produce. She is also the family’s cook and housekeeper. “My mother is the best cook in the world,” says Raman Singh Manjhi, 34, her eldest son.

On paper, though, Krishna Devi is dead.

In reality, it was Devi’s husband Jogesh Singh Manjhi who died some three years ago. In an ideal world, his land would have legally passed on to his wife. But the village elders got together and advised Devi’s sons to register the land in their name as soon as they could. This they would not have been able to do as long as their mother was alive. So the three brothers set about bribing the village officials and managed to procure a death certificate for their very alive mother. After this, they managed to register the land collectively in their three names.

There is a complicated story of oppression behind this baffling turn of events.

The Manjhi family are Musahars, which translates as ‘those who feed on rats,’ a throwback to their original occupation as rat-catchers. One of the most marginalised groups in India, the Musahars are classified as Mahadalits and are mostly landless labourers concentrated in eastern U.P., southern Nepal and Bihar. Over the years, a few social welfare programmes have seen a little success, and some Musahars are slowly clawing out of poverty.

The Manjhis of Jamunia are one such family. “We are one of only five Musahar families in this village that own land,” says Raman. But this ownership is often a precarious affair, not to be taken for granted. Raman, referring to the economically stronger community of dominant caste landowners in this region, says, “It will take the Bhumihars just a few days to take this land away from us. Especially if the landholder is a woman.”

In the villages of Champaran, women don’t frequent the land records or patwari office. And many Dalit women have discovered, often after the lapse of many years, that their names have been replaced in land records by the names of men from the dominant castes in the region. They find one fine day that the fields they have been tilling so diligently is officially no longer theirs.

Which is why the Manjhi family was so keen to transfer the land ownership from their mother. Yet, even with the land safely in the names of her three boys, Devi has no peace of mind. Scared for their safety, she asks, “My boys are still young. What if a dabang harms them?” Dabangs are the village strongmen, usually hired by upper caste men to scare the Dalits into submission.

In these parts, as in most of India, a Dalit owning land is seen as an act of defiance, and Dalit women especially face the brunt of the resentment. Supported by age-old patriarchy and rigid social systems, land ownership has always had a clear hierarchy, mostly determined by economic class which, of course, is inexorably linked to caste. And when gender is thrown into the mix, the Dalit woman ends up on the lowest rung of the ladder. Therefore, in this case, Devi had to be declared officially dead in order to ensure that her family was not cheated of their land.

The last report of India–Land Livestock Holdings Survey, a decennial exercise, was in 2013 and it throws up some rather distressing figures. Until 2013, more than 60% of Dalit households did not own any farmland. About 70% of Dalit farmers were categorised as “labourers” in the 2011 Census.

There are no separate figures for how many Dalit women own land, but “there might not be more than a handful across the country,” says Amar, who goes by only his first name. He is the founder of a non-profit organisation called Samajik Shodh Evam Vikas Kendra, based in Champaran.

Overall, women make up more than one-third of India’s agricultural workforce, but only about 13% of farmland is actually owned by them. Most often, they get to own farmland when they inherit it, which became possible after the passage of The Hindu Succession (Amendment) Act of 2005 that ensures equal inheritance rights for women. In the case of Dalit communities, however, since their forefathers have never owned any land, the inheritance rights of women matter little.

It was to right this historical wrong that independent India introduced land ceiling and redistribution acts. Since land, however, is a State subject, the reforms were successful in different degrees across States.

After 1947, Bihar’s political leaders, as in many other States, were mostly from the Congress, the strongest political party then. They belonged principally to the dominant castes. They owned large tracts of land, and they opposed any land ceilings sought to be imposed by the government. It is no surprise then that in the 60s and 70s, when the Naxalbari movement demanding “land for the landless” broke out in eastern India, it made deep inroads in Bihar as well.

But it took much more prodding before the State initiated land redistribution in a serious manner in the 80s. Many Dalit families were given land during those years, but only a handful have managed to take actual possession of them.

In Kundia village, I meet another Musahar family, and they too speak on condition of anonymity for fear of being beaten up by the Bhumihars in the village. This family was given roughly two acres of land in 1983, for which they even have ownership papers. Yet, they have not been able to take possession of their lands. “The bhaiyya log take away the produce that is grown on these lands,” says Shaila Devi, the matriarch of the family, referring to the dominant caste men of her village. “And the patwari says that we should be happy to merely see our names in his books.”

In the 1990s, many such families saw a ray of hope when a backward caste leader made land reforms a major campaign issue. Lalu Prasad Yadav went on to become the Chief Minister of Bihar. Many Dalit families were given land titles during his tenure, but little changed on the ground. As Shaila Devi explains, getting a land title without actual possession of the land is like women being made the village Sarpanch when the actual power still rests with the husbands.

Then, in 2005, Yadav was replaced by the current Chief Minister Nitish Kumar, who took over the reins in Bihar for the first time. Taking a cue from the successful land reforms in West Bengal, Kumar constituted the Bandhyopadhyay Commission to study how the project could be replicated in Bihar. The Commission recommended allotting 0.66 acres of farmland to oppressed caste agricultural labourers. The report, however, simply gathered dust in the capital city of Patna.

In the woman’s hands

When Dalit men have no claims to land, expecting Dalit women to have any seems naive. But the United Nations 2030 Agenda for Sustainable Development recognises the significance of women’s land rights, and links it to poverty reduction, increased food security, and gender equality. It stands to reason, therefore, that one of the best ways to ensure social justice for Dalit communities would be by giving them land rights.

It has been established that when women own and possess land they, in turn, gain socio-economic status and decision-making power in the community. Dalit women in Jamunia village agree. “Land gives us security for life. We do not have to rely on entitlements that the government doles out on a whim,” says Mayuri Devi, adding that she would not have to live off anyone’s charity if she owned land.

In 2014, Bihar got its first Dalit chief minister in Jitan Ram Manjhi. Finally, some life was infused into a land redistribution programme called Dakhal Dehani. Under this programme, the Chief Minister, who belongs to the Musahar community, ensured that Dalits with property title deeds were helped by the government to reclaim possession of their lands if these had been encroached upon by others.

Since 2017, however, with a Janata Dal (United) and Bharatiya Janata Party coalition in power, the programme seems to be dying a slow death. In January, about a hundred Dalits in Sitamarhi district organised a sit-down protest. They were fighting the forced evacuation of 316 Dalit families from 10.7 acres of land on which they had lived since 2003. The families claimed possession of the land under the Dakhal Dehani scheme, and demanded the title deeds from the administration, but the dominant castes used local strongmen to try and force them off the land. The Dalits allege that handmade bombs were thrown at them, while the block development officer claims that they were injured in a fire.

Twelve of the protesters were admitted to hospitals in Patna and Muzaffarpur for injuries. One of them was Anari Devi, a 61-year-old farm labourer. “She was fighting for a piece of land that she will never own or possess,” says Awadhesh Kumar, Secretary of the All India Kisan Sabha. “Women have always been at the forefront of battles waged for the betterment of their communities, have they not,” he asks.

Published in: The Hindu
Published on: November 1 2019
Link: https://www.thehindu.com/society/this-dalit-woman-from-bihar-faked-her-death-to-protect-her-land/article29854204.ece