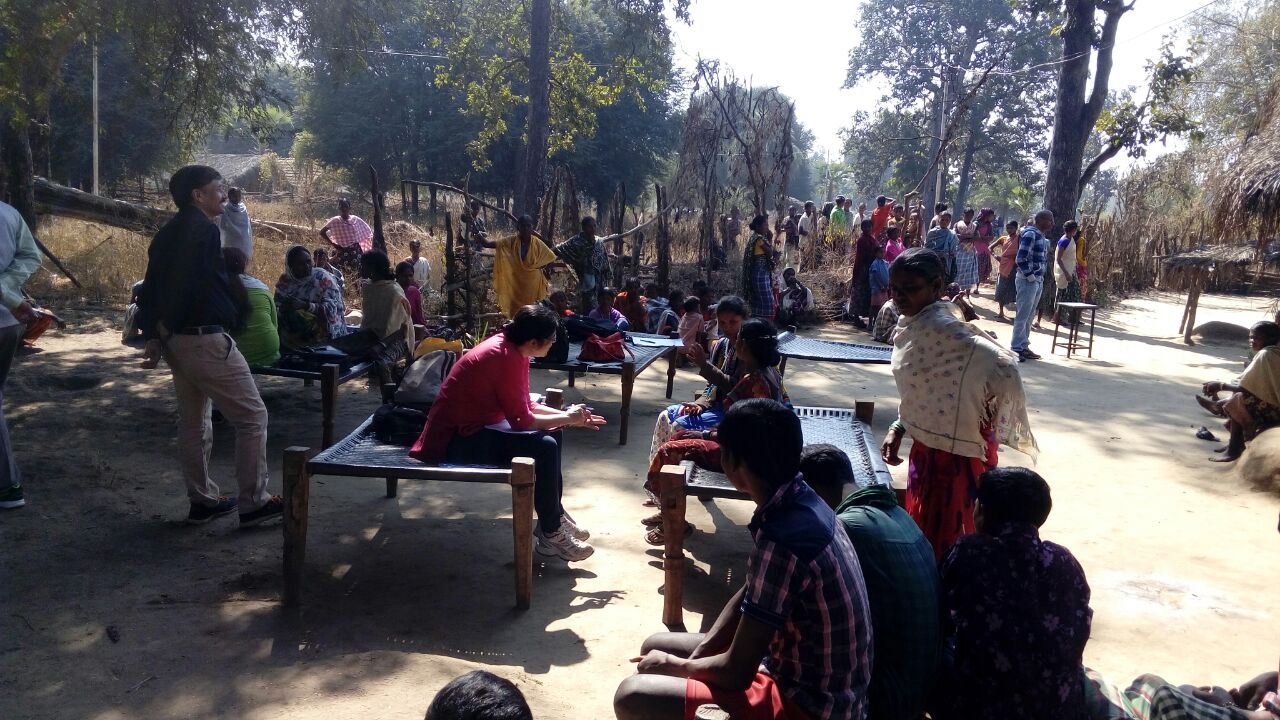 As Bastar mob hounds researcher Bela Bhatia out of her home, little has changed for activists here 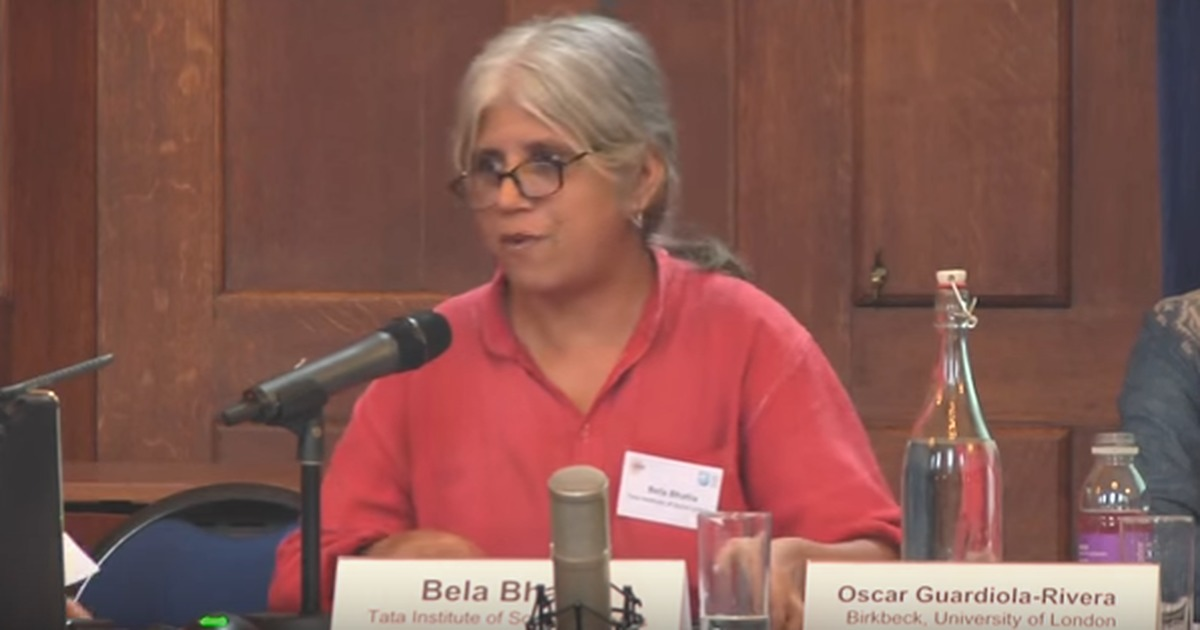 On January 19 and 20, five members of the National Human Rights Commission toured the forested villages of Peddagelur and Bellamnendra in Chhattisgarh’s Bijapur district. The team was on a mission to record the statements of the 14 women who had filed cases of rape and sexual assault against the security forces in the past two years. They took down the statements of six victims on the first day and of five more on the second. The team was assisted by Aam Aadmi Party leader Soni Sori as well as civil society members Lingaram Kodopi and Bela Bhatia.

Two days later, on Monday, more than 30 men barged into Bhatia’s home in Parpa village, 8 km south of Jagdalpur, the commercial capital of the Bastar region. The men, who came in cars and motorbikes, gave Bhatia 24 hours to leave the village, threatening to burn down her home and kill her dog if she did not do as told. They also threatened her landlady.

The recent expedition to the villages with the National Human Rights Commission team may not have been the only motive for the mob to want Bhatia out. The social-scientist has been actively researching sexual violence against Adivasis in Bastar. Notepad in hand, she is often seen walking several miles to remote villages deep inside inhospitable forests to speak with villagers about their relationship with the state. Through her work, the 53-year-old researcher has come to earn the trust of the villagers, many of whom have shared their personal stories with her. “I saw myself becoming more and more involved in activism after I moved to Bastar in 2013,” she said in an interview in March.

It was this line of work that took Bhatia to Peddagelur and Bellamnendra, along with other activists, in October 2015, to meet with women who had been sexually assaulted by security personnel. The testimonies of these women led to the filing of several first information reports. On the basis of this, the National Human Rights Commission on January 7 indicted the troops for the rape and sexual assault of 16 Adivasi women in 2015-’16. This was a massive blow to the Chhattisgarh Police in Bastar, said a journalist in the region on condition of anonymity.

On January 16, the commission summoned Inspector General (Bastar range) SRP Kalluri to testify. The officer failed to show up “on account of health reasons”.

“If those activists had not ruffled feathers so much, no one would know that hapless tribal women were exploited indiscriminately by security forces,” said the journalist. “We were seeing action happening for the first time.”

The expedition of the National Human Rights Commission, which Bela Bhatia was assisting.

But the FIRs came at a cost for Bhatia. In November 2015, her then landlord, a tailor with a contract to sew uniforms for the Central Reserve Police Force, asked her to vacate the house in Jagdalpur she occupied.

The pressure on Bhatia only grew from then on. In January 2016, when Bhatia revisited Bijapur, where she had helped several women file FIRs against security personnel, a few hundred people of a civilian group, the Naxal Peedit Sangharsh Samiti (Committee of Naxal Victims), shouted slogans against her: “Bastar chhodo, Bastar chhodo, Bela Bhatia Bastar chhodo.” Leave Bastar, Bela Bhatia.

Rather than be cowed down, Bhatia offered to listen to their concerns as she said she didn’t espouse violence by either the state or Maoists. But there was no calming down the mob.

When Bhatia complained to district collector Amit Kataria, he assured her of her safety. “I have personally pulled up the troublemakers to ensure this won’t happen again,” he said.

But his promise seemed to carry little weight, as a mob returned to Parpa again on Monday, this time forcing its way into her house. “They said I would have to leave the house immediately or they would burn the place,” she wrote in a WhatsApp message to a group of journalists.

It was unclear who threatened Bhatia on Monday. She is expected to file an FIR on Tuesday.

The villagers, too, want Bhatia out at any cost, said a WhatsApp message from Subba Rao, a member of the civil vigilante group Agni, which is said to have active police backing and has turned violent in the past. “Even though the police are trying to control the crowds that had voluntarily gathered in the Anganwadi Bhawan of Parpa, the common folk stood resilient and wanted to see Bela Bhatia out of their village,” his message read.

This version was in sharp contrast with the support Bhatia had received from her neighbours during the attack in March. Her landlady, who belongs to the Gond community, had told her then: “They said you are a Naxalite. I told them that you bought your own rice and dal and cooked yourself. You lived quietly. There were only books and papers in your room. How could you be a Naxalite?” The landlady now seemed to have changed her mind.

Bhatia has to vacate her house, where she has lived for 11 months, by 6 pm on Tuesday. She called the collector, Amit Kataria, again, seeking his help. “I have asked him to make sure I get any accommodation, a tent or a garage or anything, until I find a place for myself,” she said, adding that she may have been forced out of her home but that she was staying put in Bastar. Kataria reportedly assured her of help in finding temporary accommodation. For now, she also has policemen guarding her house till she vacates it.

The threats and attacks on Bhatia are routine in Bastar, where journalists, human rights lawyers and activists have been forced to flee not just their homes but the region itself. In February, shortly after the filing of the FIRs against security personnel in October 2015, vigilantes had vandalised the house of Scroll.in contributor Malini Subramanium, who had filed many reports on the subject, and forced her to leave Jagdalpur. Shalini Gera and Isha Khandelwal, lawyers with the Jagdalpur Legal Aid group, had faced a similar fate.

“It is always a comfort to be surrounded by like-minded people,” Bhatia had said back then. She had also maintained that she did not feel lonely or sad in Parpa. “I look at the paddy fields outside my backyard and feel extremely happy,” she had said.

Bhatia, a social scientist with a PhD from Cambridge University, has served on several Central government panels examining the governance challenges in areas facing Left-wing extremism. “The fact is she has thought a great deal on Left-wing extremism and state repression in Bastar,” said economist Jean Dreze of Bhatia in an interview in Jagdalpur in March. “That she can courageously raise pertinent questions is what scares them.”

Bhatia, speaking on the phone from Parpa, said simply, “Will see how this story ends.”