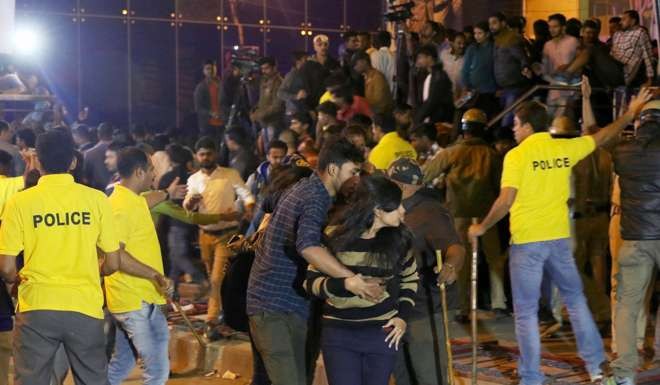 WHO’S TO BLAME FOR BANGALORE’S MASS MOLESTATION ‘NIGHT OF SHAME’?

New Year’s Eve incident in Indian city has been officially downplayed, denied and even blamed on the West. Now it’s exposing a bias against migrants from the north 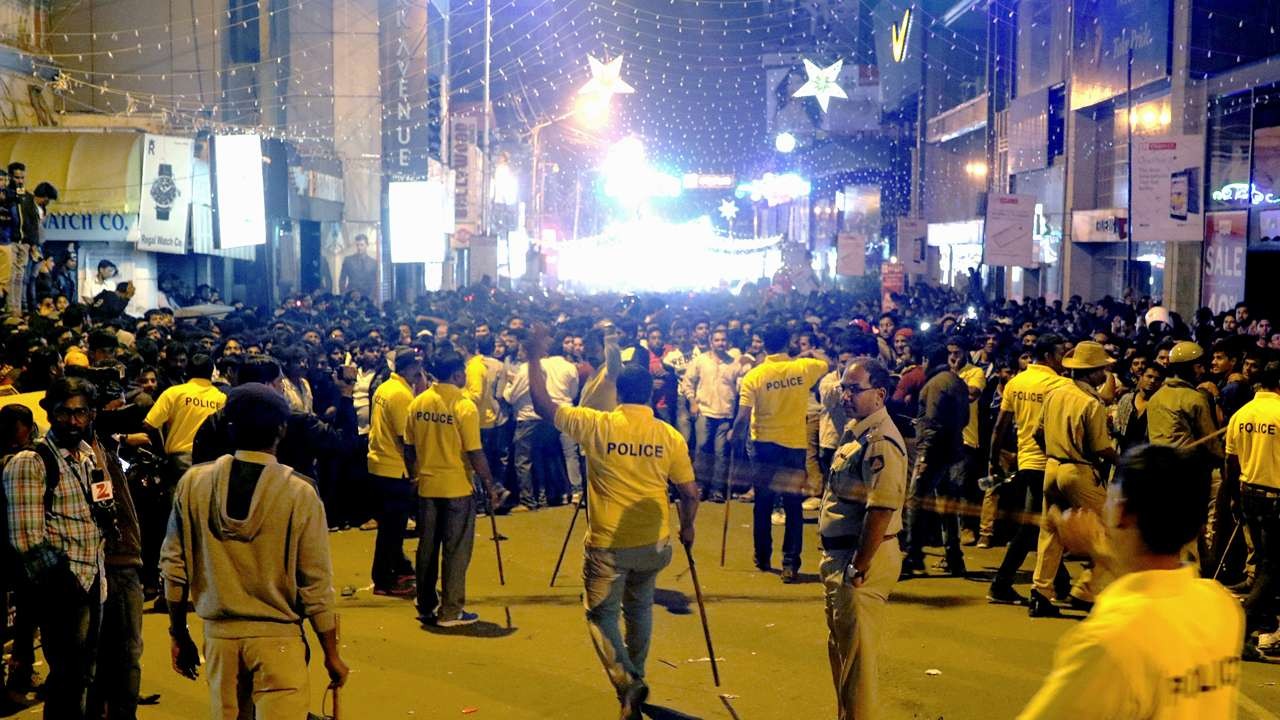 Bangalore, an Indian city famed for soothing weather and affable people, faced an unfamiliar storm on New Year’s Eve, when a horde of drunken revellers descended on its business district and proceeded to molest dozens of young women.

So perhaps it’s not surprising that this cosmopolitan city’s “night of shame”, as local media have dubbed it, has elicited such a wide variety of responses and explanations. At first, said officials, it was a case of “such things happen”. Cue public anger. Then, claimed police, it was a case of “such a thing did NOT happen”. Cue more anger. Perhaps it was the fault of Western fashion influences? Cue derision. And the latest theory? It’s those migrants from north India.

While the explanations differ, most people have at least come to accept that, for close to an hour, chaos reigned as police struggled to control a crowd numbering tens of thousands in the area of Church Street, MG Road and Brigade Road – where there is a high concentration of pubs, bars and clubs – and that during that chaos numerous women were molested.

“Screams for help started ringing in the air… people in dire straits were not able to reach the police as they were caught in a sea of revellers, many of whom were clearly drunk and out of control, and looking to misbehave,” recalled Anantha Subramanyam, a photographer for the Bangalore Mirror and one of many journalists to witness the attacks.

Photographs and video footage of unruly crowds far outnumbering the 1,500 police personnel trying to control them, and of numerous women being assaulted, soon circulated on social media. 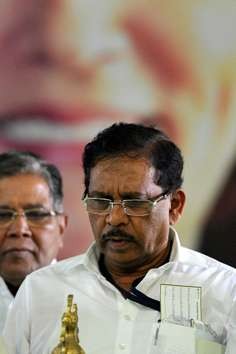 G. Parameshwara, the Home Minister of Karnataka, the state in which Bangalore is situated, initially responded to the mass molestation by saying “such things happen”. Photo: AFP

Even so, the initial response of some Bangaloreans was denial. On January 3, Dr G. Parameshwara, the Home Minister of Karnataka, the state in which Bangalore is situated, dismissively declared that “such things happen” and suggested the problem might be that young women were trying to “copy the Westerners, not only in their mindset, but even in their dressing”.

Two days later, another official view, this time from the Bangalore police, was rather that nothing had happened. Despite the mounting footage on social media, the police chief concluded there was “no evidence” anyone had been assaulted.

This prompted an angry response from women’s groups, keen to defend their right to be on the streets and counter the prevalent attitude of “men will be men”.

But perhaps the most curious of all responses is the one just now emerging – that such incidents are becoming more common due to the new wave of migrants arriving in Bangalore from north India.

Many people have been quick to draw a parallel between the scenes in Bangalore and those one year earlier in Cologne, Germany, when hundreds of women claimed to have been molested by immigrants from the Middle East. In Bangalore, for Middle Eastern, read north Indian.

“Do you see how Hindi [a language widely spoken in the north of India] has become the lingua franca in our southern city now?” asked Ramesh Sivaprasad, 56, who has been living in Bangalore for 30 years. “I think they’ve spoilt the city.”

His daughter, Revathi Sivaprasad, 27, is quick to point out that Sivaprasad himself was once a migrant, from neighbouring Tamil Nadu. “Do you not hear Tamil in equal measures in the city?” she asked him.

“Yeah, but most north Indians are brash and disrespectful to women,” answers her father. “That is the difference.” 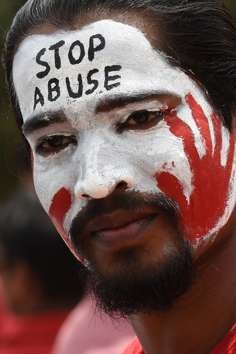 An Indian man at a rally opposing violence against women in Bangalore. Photo: AFP

Blaming crime on migrants is, of course, not unique to Bangalore. Yet it is peculiar, given the city’s modern history is one of migration. In the late 18th century, the city was captured by the British, who established huge arms manufacturing units in the city. In order to ensure local Kannada speakers did not unionise in these crucial units, the British employed labourers from the Telugu regions of what is now Andhra Pradesh, Tamil-speaking people from Tamil Nadu and Malayalam speakers from the southern state of Kerala. Migrants, reasoned the British, would be more vulnerable and less capable of turning against their employers.

Ever since, high and low income migrants have flocked to the city – most recently the young engineers and technology entrepreneurs from the north, encouraged by the IT boom of the 1990s. Since their arrival, Bangalore has vied with Mumbai for the tag of India’s most cosmopolitan city.

Given this, some people say it is impossible to say who is Bangalorean and who is not. “Where do you draw a line? How can you say if you came to the city 20 years ago, you are a Bangalorean and if you came anytime later, you are not?” asked Sridhar Pabbisetty, CEO of the Namma Bangalore Foundation.

But of those Bangaloreans who do draw a line, many of those from South India cite unflattering statistics when asked about their northern brethren.

In particular, they highlight New Delhi’s record of violence against women – it is widely known as India’s rape capital with between 1,500 and 2,000 incidents reported a year. 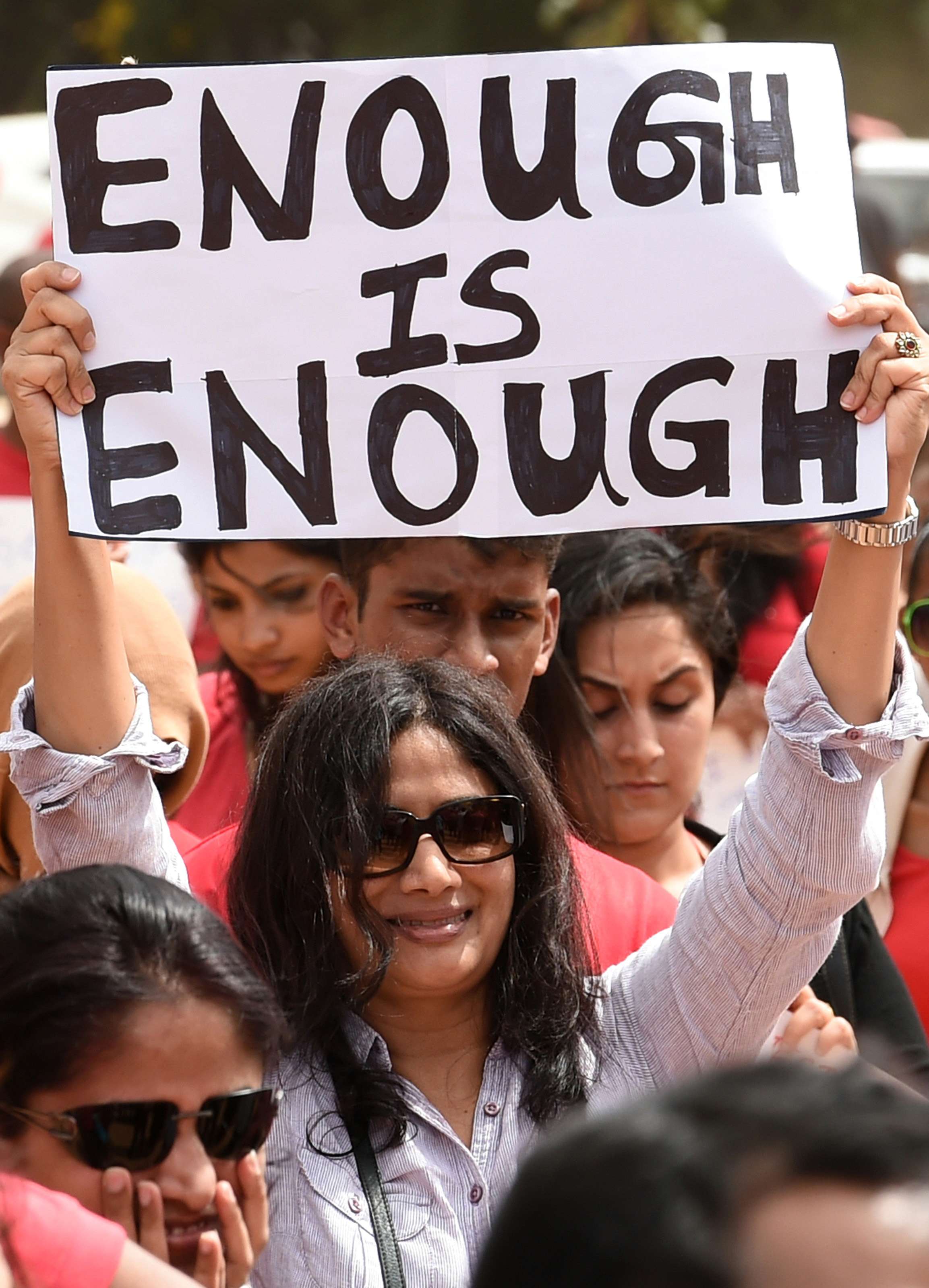 Indian activists at a rally to oppose violence against women in Bangalore. Photo: AFP

“When boys from these places come to Bangalore, they bring their biases against women along with them,” said Priya Krishnaswamy, 32, a software professional.

Others, such as software professional Ayesha Malik, who has herself been subject to harassment, believe no one particular community is to blame.

After a recent late evening shift, Malik was hounded by four men on motorbikes who did not leave her alone until her screams attracted attention.

“I saw the licence plate numbers but they were written in Kannada [the state language of Karnataka],” she said. “That means some local boys are rascals.”

Malik noted that a week after the New Year’s Eve attacks, a 25-year-old woman wearing a burqa was attacked in North Bangalore’s KG Haali.

“This goes to prove that women’s choice of clothes or the ethnicity of the attacker are not the issue either,” said Malik.

“The problem is the attitude of men.” ■