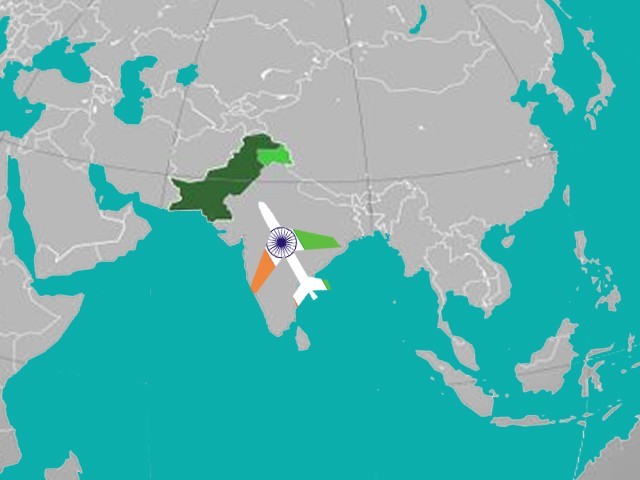 Thank you for letting me travel to Pakistan!

By Raksha KumarSeptember 11, 2012 No Comments

Pakistan had always been a reality to me, unlike for some people who couldn’t believe that there was another nation carved out of the Indian subcontinent. But for me, it was just another nation that existed before I was born.

In 2007, I chanced upon a scholarship to finish a part of my semester in Kinnaird College, Lahore. Lahore fascinated me ever since. It was in Lahore that Sahir Ludhianvi (my favourite lyricist) spent his romantic years; where Jaun Eliya (my favourite poet) struggled through his life, and Saadat Hasan Manto (my favourite writer) passed away.

While my only fear was what the city would offer to a vegetarian, as I packed my bags to leave, my family and friends were very concerned for my physical safety.

Just days before I was to enter the alluring city, due to a spat between the heads of states of India and Pakistan, all visas (except diplomatic visas) were cancelled. That was the closest I had come to experiencing Pakistan.

Three years later, another scholarship took me to the US, to complete my studies. I had never thought that a scholarship that was funded by the governments of the US and India, would bring me closer to Pakistan.

On the University of Colorado Boulder’s beautiful, lush lawns, 25 students from across the world, who had been granted the same scholarship, gathered and spoke in hushed tones about the upcoming introductory seminars. From the corner of my eye, I caught one gentleman giving me a long, thoughtful look. From the colour of his skin, I could tell that he was from my part of the world, but his shy, almost withdrawn nature made me nervous about approaching him.

Finally, he came over and said,

“I have wanted to say hi to you for a long time. You are from India, right?”

I extended my hand. Under his beard was a smile and look of unmistakable intelligence.

Soon, we realised that not only were we about to attend the same grad school, Columbia University Graduate School of Journalism, but that we would also be living in the same building!

That introduction was the beginning of a beautiful friendship and also the reason I forged many other precious friendships during my stay in the US. Bilal introduced me to Sana, a bubbly Pakistani woman whose laughter resonates long after she has left the room.

As time passed and we settled into our routines (which involved going to school, working late and spending weekends catching up on sleep), we realised that our calendars allowed for spending time together.

On most days, the three of us dined together. We visited Times Square and the Statue of Liberty, and ate tonnes and tonnes of South Asian food while chatting mostly in Hindi.

It is interesting how certain situations and places can highlight different aspects of one’s identity. In New York, Sana, Bilal and I were no longer from the two warring nations. We were students of Columbia University, who shared food, culture and language as opposed to several others from different parts of the world.

When Sana called us each evening, Bilal and I immediately knew the agenda: we would order a large pizza with jalapeno peppers and pineapple, and sit on Sana’s bed listening to stories about her childhood. We watched American and Pakistani sitcoms, and laughed well into the night.

Today, months after graduation, there is a bond between us that goes beyond all barriers, in spite of the fact that we are separated by what some call the impermeable borders between India and Pakistan.

As I now plan a visit to Pakistan to meet Bilal’s new bride and gang up with Sana for a hiking trip on the Margalla Hills, I hope someday the history will remain deeply buried and never return to haunt us.

Published in: The Express Tribune
Published on: 11 September, 2012
Link: http://blogs.tribune.com.pk/story/13826/thank-you-for-letting-me-travel-to-pakistan/