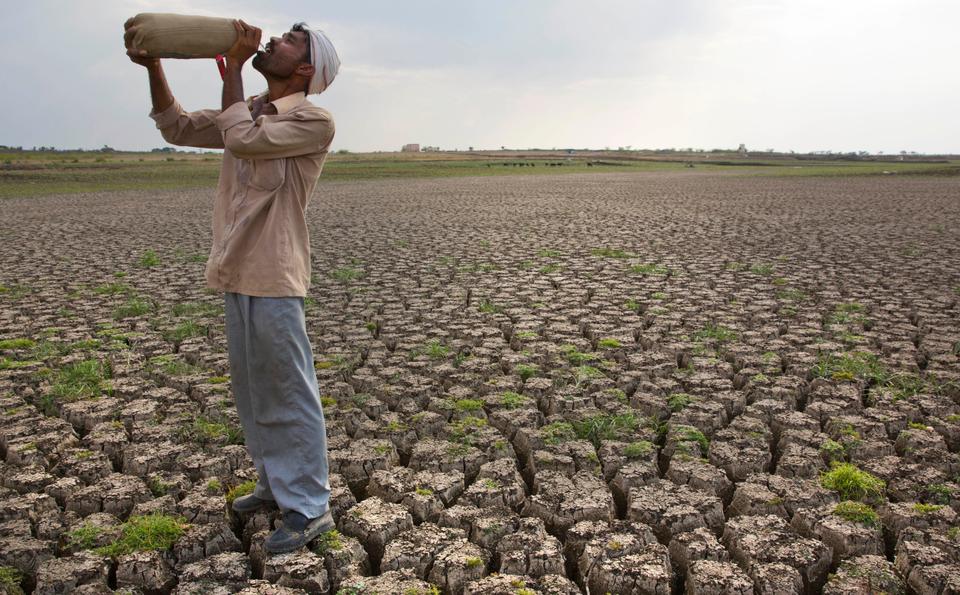 Why are female suicides most common in India?

As Indian women feature at the top of global female suicide rate, we met a group of survivors from Bangalore city who explained how suicidal thoughts crept into their minds. 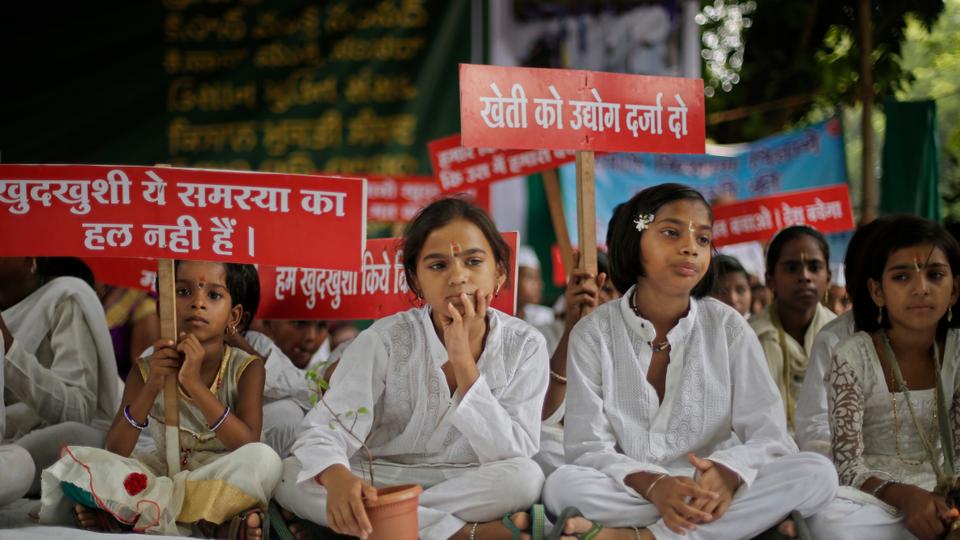 Women in India are at a higher risk of suicide than men because of various socio-economic reasons. (AP Archive)

BANGALORE, India — Seven women sat in an irregular circle in an East Bangalore cafe. They belonged to different ethnicities, religions, spoke different languages and had different jobs. The only common aspect among them was that they had tried to kill themselves at least once in their lifetime.

Pavithra sat closest to the door and came across as  the most nervous one in the group. “I talk to my dog and my therapist about my feelings,” she said. “I don’t speak to anyone else about them.”

But as Vanita began to speak in a loud and confident voice that put everyone at ease, Pavithra gained some courage to share her personal story.

For 15 minutes, she eloquently narrated what had happened one summer night when she locked herself in her apartment and considered drinking poison. At daybreak, when “the noises of pressure cookers and school going children got louder” she took a spoonful of toxic fluid.

She was hospitalised for a week, staying away from work for almost six months.

Thirty-two-year-old Pavithra works as an online marketeer in Bangalore. She attempted suicide at  26 when she worked in a call centre in the city. “When I am well, I think suicide is stupid. Who does that? Why would anyone do that? But I have my phases when it seems like the most logical option,” she said.

The women had met each other on different online forums, some at mental health support groups and decided to come together to share their stories on a rainy September afternoon.

“Who knows if we will live until next month,” Vanita said in a humorous manner.  “So we can’t say if we will meet regularly. We don’t want to form an organisation. We just want to be there for each other because we all understand mental illness.”

As they intently listened to each other, the warm beverage they held in their hands to ward off September’s rain-induced chills, had gone cold. After each story the group clapped, some were teary eyed, others nodded in solidarity.

At least 10 women kill themselves every hour in India. In 2016, of the 2.57 million suicides among women across the world, more than 94,000 were Indian, according to a September 2018 paper titled Gender differentials and state variations in suicide deaths in India: the Global Burden of Disease Study 1990-2016 published in The Lancet Public Health 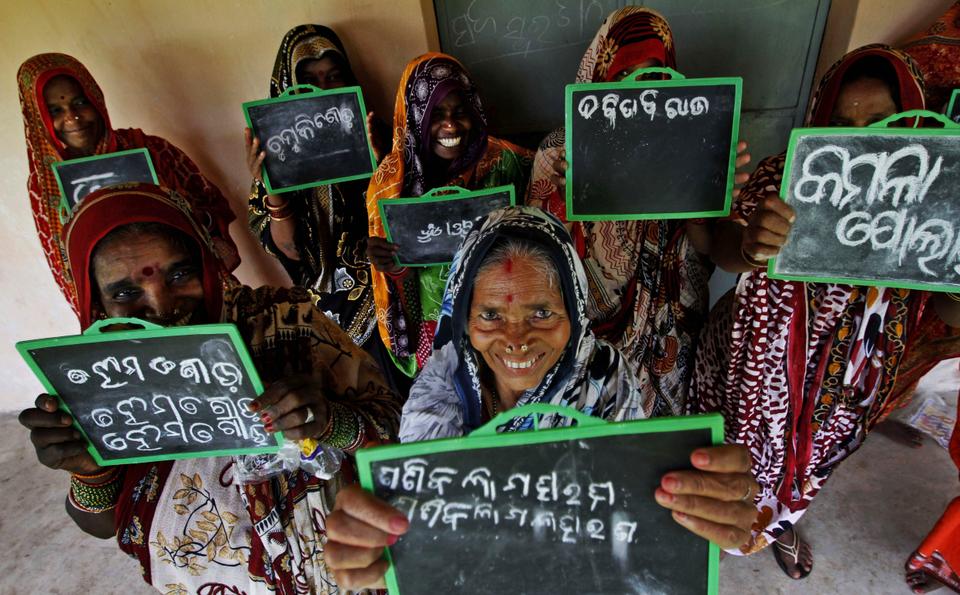 Experts blame illiteracy as one of the reasons that might be responsible for the high number of female suicides. (AP Archive)

Typically, Indian women who commit suicide are likely to be below the age of 35, married and from relatively economically developed parts of the country.

Pavithra, who comes from Hasan town in central Karnataka, is not surprised at the high rates of suicides. “In the villages around our town we see women consuming poison all the time. Some are saved. Some are not,” she said.

For every 100,000 women in Karnataka, 18 kill themselves. These figures are the highest in the country, almost the same as the neighbouring states of Tamil Nadu and Telangana. These are the states with higher economic development. The all-India average is 14.7 per 100,000 women.

“The levels of urbanisation, proportion of literate population, and difference in literacy attainment between men and women have been suggested as reasons for the variations in suicide deaths at the state level in India,” says the paper.

However, Dr Shilpa Agarwal a Mumbai-based psychiatrist said that due to better economic development and higher education levels, the reporting of suicides in these states might be higher.

Rakhi Dandona, lead author of The Lancet Public Health study and Dr Lakshmi Vijaykumar, Founder of Sneha, a suicide prevention centre agree that suicide is not only a mental health issue  but also a consequence of various social contexts.

If someone attempts suicide, they begin to believe they are mentally ill, said Pavithra. “We don’t realise there are many, many external, societal reasons that push us to take an extreme step,” she said.

For more than two years, Pavithra said, she drowned herself in guilt – for being a loser, for giving up hope, for not thinking of her loved ones. “I do not want to absolve myself of all responsibility but want to recognise that I react that way within a particular context,” she said. Pavithra chose to not reveal the reason for her attempted suicide.

The testimonies of the women in that cafe highlight the need of combating the rising female suicides from both mental health and social perspectives.

Forty-year-old Vanita is a feisty woman, who was forced to leave her marital home eight years ago. “I had attempted suicide a year before my husband abandoned me,” she said, refusing to go into the details of how she attempted it.

“When I was thrown out of the house and was sitting on the pavement with my two young daughters, I felt I had to live. If only to see them through life,” she said, trying to hide deep brown marks on her left arm with her cotton saree. 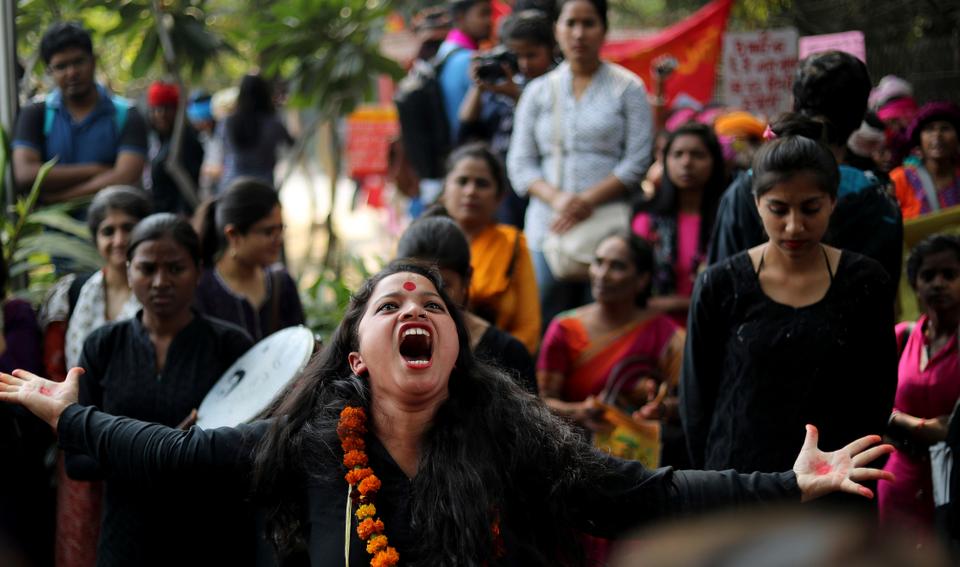 Vanita doesn’t recall a single day in her two decades of marriage when her husband had sex with her in a sober state. “I was his queen when he was sloshed,” she said. But when he sobered down, he hit her and asked her to leave the house. “This flip flop in a person confused me, infuriated me and made me lose my mind.”

Vanita was married three months before finishing her undergrad course in commerce  in Hyderabad. “My father was scared that I would elope with my then boyfriend,” she laughed. “He quickly married me off to that lunatic,” she added, referring to her husband.

“Husband’s alcoholism is one of the top reasons women give when we quiz them later about why they tried to commit suicide,” said Dr Anish Cherian, from the Department of Psychiatric Social Work at National Institute of Mental Health and Neurosciences (NIMHANS), Bangalore.

Since Vanita belongs to a wealthy family, she had no trouble in relocating to Bangalore, where her parents live.

Not everyone has the financial cushion that Vanita enjoys. Priya, 26, is a case in point. She works at a software company and spends a quarter of her meagre salary to pay her therapist. She is the first woman in her family to get a higher education. “I do not want my family to say that I went mad and therefore they will not educate other women in the family,” she said, adding that she has not told her family about her regular visits to the therapist.

Priya, who hails from the small town of Mandya, comes from a family of farmers. “My paternal uncle touched me inappropriately for many many years. My mother believed me, but could do nothing. My father beat me for even saying such a thing. So I decided to drink the pesticide that was readily available at home,” she said.

Drought and crop losses that drive farmers into debt traps has been identified as another reason for the high female suicides. (AP Archive)

A 2012 study titled Suicide mortality in India: a nationally representative survey says about half of suicide deaths in India were due to poisoning, mainly ingestions of pesticides.

Many suicide prevention centres in India do call for restricting access to certain pesticides.

The Lancet paper also claims that suicide was the number one cause of death in India in both the age groups of 15-29 years and 15-39 years. Globally, they are the second and third reasons in the respective age groups.

While sociologists and field workers have observed that early marriages or forced marriages can cause a woman to feel trapped, triggering frustrations and suicidal thoughts.

“There is not enough empirical evidence for us to associate causality to suicides,” said Dr Shilpa Aggarwal, Mumbai-based psychiatrist. “We just do not have enough research.”

Ranjitha’s kurta covered her arms and her dupatta was draped close to her body. It has been four years since she wore any clothes that revealed any part of her arms or legs. “I get my tailor to stitch only these kurtas for me,” she said. Her arms and legs bear marks of violence inflicted upon her by her in-laws and husband.

Domestic violence is one of the major causes of female suicides in India. The UN Women figures for physical and/or sexual Intimate Partner Violence in a woman’s lifetime is 29 percent.

Even though Ranjitha can file complaints against her parents-in-law and her husband under India’s Domestic Violence Prevention Act, she decided not to. “Where would I go after I complained?” she asked. At 26, she feels imprisoned in a  bad marriage.

Her parents and sister support her, she said. But she fears if she leaves her husband her parents would be socially ostracised, one of the stigmas attached to divorced women in India. Two years ago, she drank some poison. “It was not enough to kill me though,” she said.

It’s a rare sight to see self-help groups devoted to support women who have suicidal tendencies. Though some women in the East Bangalore cafe have created a space to speak their minds, they know they still have a long way to go.

After a round of sharing stories, new beverages were being ordered. The space lightened up a bit when Vanita began cracking jokes.

“We have to flee our grim realities and humour is the best escape,” she said.

Note: Names have been changed to protect identities. And this reporting was supported by the International Women’s Media Reporting Grants for Women’s Stories