By Raksha KumarFebruary 12, 2018 No Comments

A dozen men gather in front of the Kanhaiya temple in Nasmed village, Kalol Taluk of Gujarat’s Gandhinagar district, to discuss if their village might exist in a few months. There is no sense of urgency, since they have held these meetings several times now, with little results.

Their village has many other common spaces, but the temple is where they usually meet to discuss everything, from installing lights in the panchayat bhavan to employment opportunities. Soon, they might not have that space.

“The government wants to expand Ahmedabad to such an extent that it would engulf our villages,” said Dipsibhai Rupsibhai Thakor, a farmer and businessman from Kalol.

In 2009, the Gujarat government issued a notification bringing 43 villages of Kalol and 25 villages of Ahmedabad and Gandhinagar taluks, with a total area of 625 sqkm, into the Ahmedabad Urban Development Authority (AUDA) boundary.

At first, the residents were hopeful of accessing better roads, schools and hospitals. But soon, they realised it was a pipe dream. Close to a dozen cities across Gujarat have resisted such an expansion 2012 onwards. Junagarh, Surat, Himmatnagar, Morbi-Vankaner, Bharuch, Ankaleshwar, Navsali,  Bardoli and Vallabh Vidyanagar have seen some success.

In each of these cases, villages surrounding the urban centres pushed back the inclusion into various urban development authorities. They marched on the streets, protested in front of the Assembly and filed cases in the Gujarat High Court.

The campaigns filled the villages surrounding Ahmedabad with hope. “We were dejected that urbanisation was at our doorstep and we hope to have a campaign as successful as in other cities,” said Thakor.

For the residents of 68 villages, losing their villages to AUDA means giving up almost half of their lands and with it their rural livelihood. “Bad enough that we would be losing our lands,” said Lakmanbhai Lavjibhai of Makwana village. “We won’t be able to farm or rear animals in a city,” he added.

Villagers claim that breaking up their land into smaller tracts will not help agriculture. “We already have an average of 3 bighas of land per land holder, productivity is less anyway because they have stopped the Narmada waters for irrigation,” said Lavjibhai. If about 40 per cent is subtracted from each land-holding, agriculture would become unsustainable, the villagers claim.

“This is one way of discouraging agriculture,” said Persis Ginwalla, an activist at Jameen Adhikar Andolan Gujarat, an Ahmedabad-based non-profit organisation. According to Ginwalla, the famed ‘Gujarat Model’ of development has included a systematic dismantling of the agrarian economy.

Farmers need land security, water and access to markets to thrive. The Gujarat Land Acquisition Act of 2016 and the 2017 amendments to the Gujarat Town Planning Act of 1976 have put the rural population on the edge about land ownership.

While the Land Acquisition Act exempted many projects from seeking consent of land-owners and assessing the social impact of acquisition, the Town Planning Act is an urban planning instrument superimposed on rural areas. A string of legislations, coupled with the government’s unshakable belief in industrialisation, propelled the urbanisation of Gujarat.

This comes with a huge social cost, said Ginwalla. Cities in Gujarat have reached their breaking point. Housing and water are the biggest problems. “Not to mention, employment for rural migrants,” reminds Hareshji Rameshji Thakor (no relation to Dipsibhai), sarpanch of Bhavanpur village in Sanand Taluk of Gujarat. 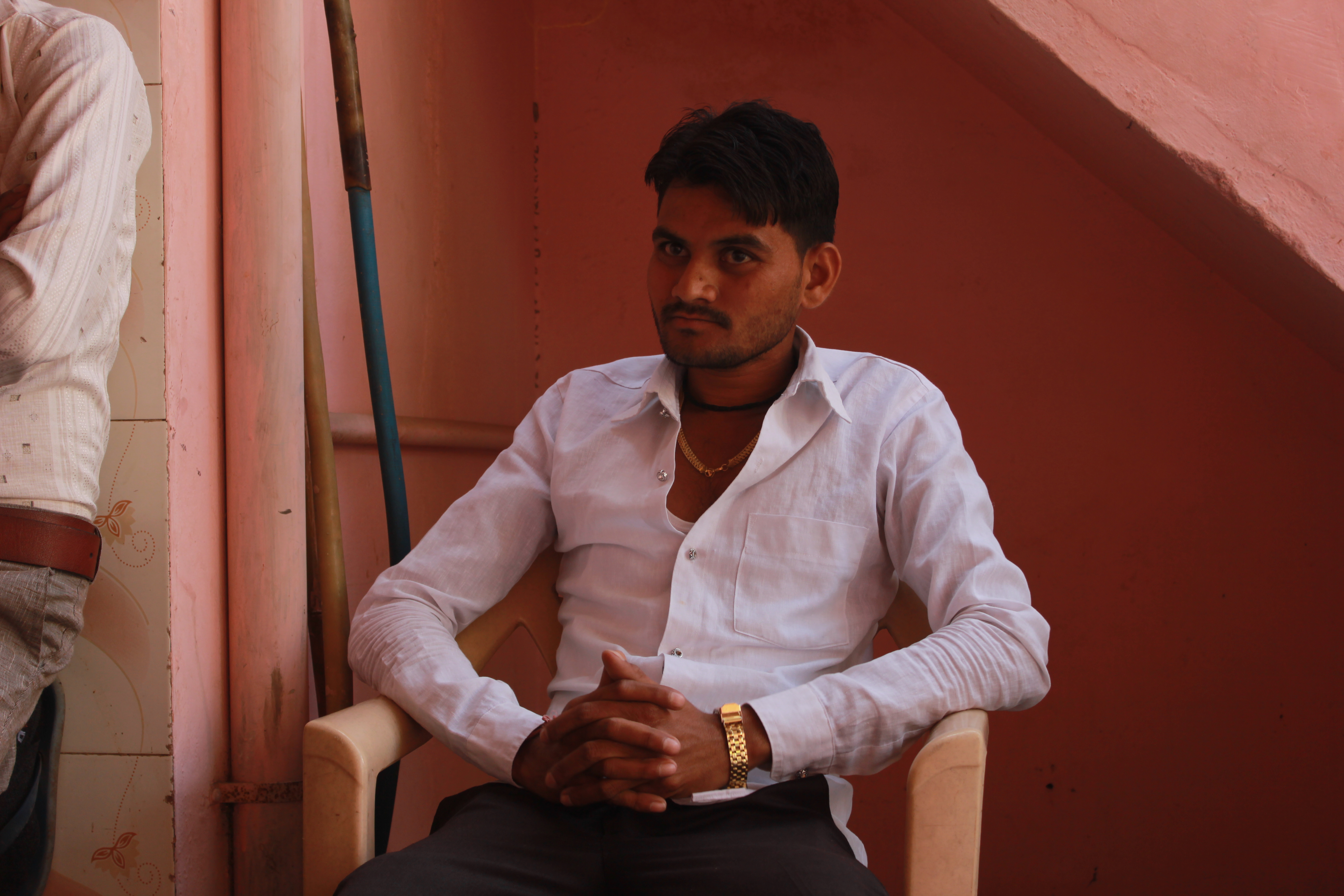 Sitting with fellow-villagers, Hareshji Thakor was strategising a way to oppose the expansion of AUDA into their villages. Elected over a year ago, he says he has not been able to do anything for his village since. The expansion of the powers of AUDA has meant a significant reduction in the powers of the local panchayat.

Even though local panchayats exist in the 68 villages around Ahmedabad, they cannot take decisions on common lands of the village, grazing lands, any alterations to the structures they have built, etc. “Funds we receive have also decreased significantly,” said Hareshji Thakor.

So why have a panchayat at all? “Not sure we can answer that question accurately,” said Dipsibhai Thakor. 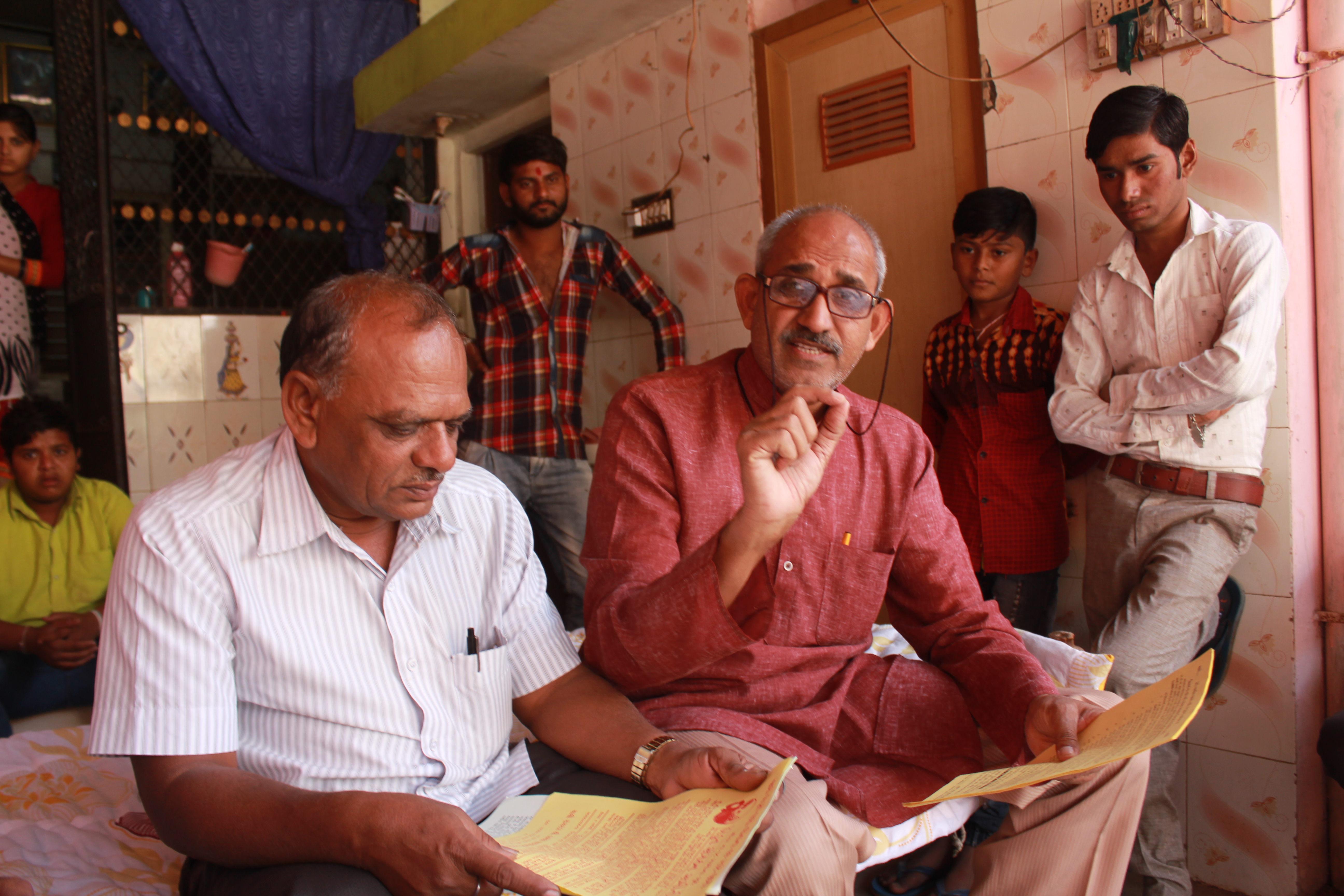 An official from the ministry of urban development in Gujarat said panchayats exist so they can take hyper local decisions such as building anganwadis, schools and primary healthcare centres.

Bhavanpur village has one school and no primary healthcare centre. Hareshji Thakor gets Rs 2,00,000 per annum to meet the panchayat’s expenses. “That money is spent before we know it. On repairs of roofs and other renovations and sundry needs,” he said. The village does not have a panchayat bhavan and the panchayat members work from home.

In Surat, the expansion of Surat Urban Development Authority was successfully opposed in 2015. This is largely attributed to the fact that villages have strong panchayats manned by people from influential communities like the Patidars.

However, Jayeshbhai Pal, an activist in Surat, says one successful agitation only means they have won the battle and not the war. The government can issue a notification anytime and expand the urban development authority, he said. Surat has evidence of it. In 2015, the government withdrew the proposed expansion of SUDA into 104 neighbouring villages but before long re-introduced the proposition. “So we are always in combat mode,” he said.

One of India’s most urbanised states is facing a curious battle against urbanisation. The December 2017 Assembly election results were seen as a clear rift between the rural-urban areas of the state.

“Why should the government impose its lifestyle choice on the people of rural Gujarat?” asked Ginwalla. “If villages can be better resourced, a rural lifestyle is certainly not a curse,” she added.