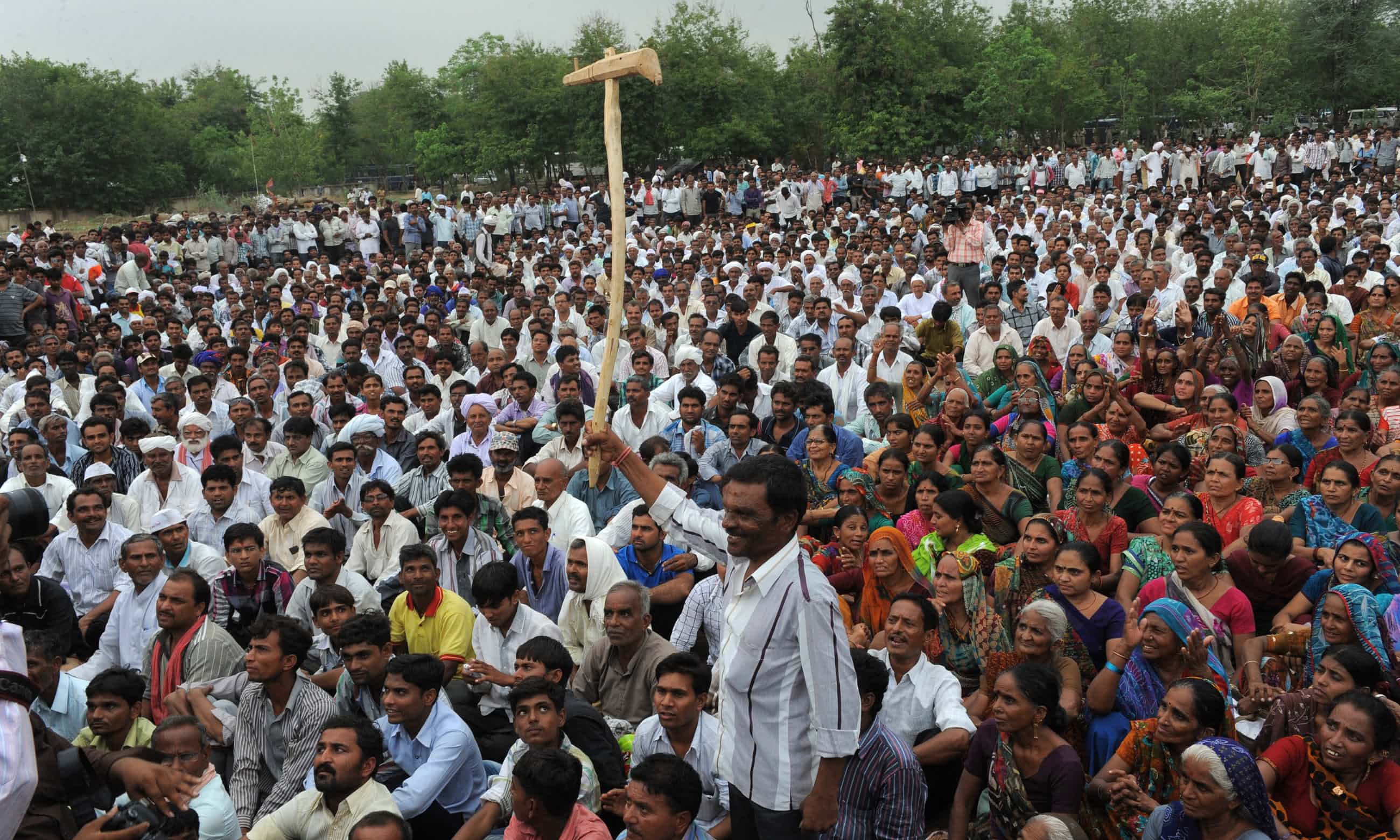 By Raksha KumarFebruary 12, 2018 No Comments

Gujarat, one of the fastest urbanising states in India, seems to be doing so against the wishes of its people

As you move west from the crowded old neighbourhoods of inner-city Ahmedabad, the roads broaden, buildings rise taller and BMWs line the streets. Old-timers here remember watching these wealthy, modern neighbourhoods engulf the countryside – the lush fields of wheat and corn that are now gone.

Those who live in villages on the city’s fringes today fear that the same will happen to them.

“Leave us alone,” says Lalji Bhai Thakor of Bhavanpur, a village about 15km west of Ahmedabad. “We are happy with our agriculture and do not want a large city in place of our homes.”

They may have no choice. The story of modern India has been clear: industrialise, or perish. The government says agriculture has not done enough to generate employment, and has pushed industry as a more lucrative alternative.

That means cities. Since 2012, when current prime minister Narendra Modi was chief minister of Gujarat – of which Ahmedabad is the biggest city – the state government has tried to expand the areas of land under the control of 12 cities to swallow up some 800 villages. 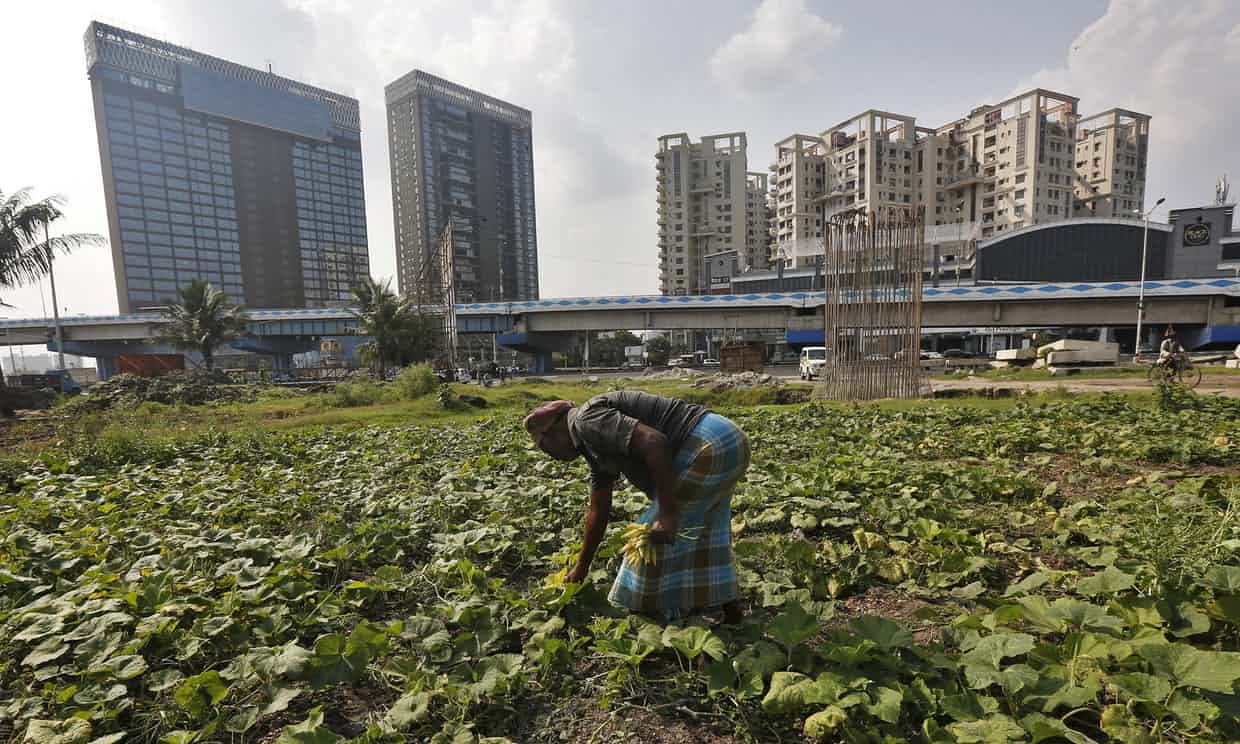 A farmer in Kolkata. The Indian government has pushed industrialisation ahead of agriculture. Photograph: Rupak de Chowdhuri/Reuters

Villages near Morbi-Wankaner, Surat and Himmatnagar have protested against their inclusion into urban development authorities. In September 2015, after demonstrations, 42 villages managed to get themselves removed from the Junagadh Urban Development Authority; but in other parts of Gujarat, including Ahmedabad, villagers continue to protest to little avail.

The government proposes to develop 40% of villages’ land, paving roads and building hospitals, schools and housing colonies. In turn, it says this will lead the remaining 60% to appreciate in value. “And that is supposed to compensate for the 40% we initially give up,” says Thakor.

Like many farmers in the 68 villages around Ahmedabad, he is not thrilled to give up nearly half of his land for the mere promise of a better future. “More importantly, we don’t think this is a better future.”

About 100,000 farmers in different parts of the state have met to strategise ways to oppose cities’ expansion. Some have even launched challenges in the Gujarat high court.

“We suspect this is a large land scam,” says Jassu Ba, 70, from Nasmed village. “Why do they need so much land to pave roads? A fraction of it should suffice.”

Many villagers grow groundnuts, cotton, wheat, rice and cumin; losing nearly half their land would split up large holdings, posing a risk to their agricultural industry. “Farming small tracts of lands is a disaster,” says Dara Singh, the village council head of Nasmed. “Crops will not grow well on smaller tracts, and we cannot sustain ourselves with that.”

They also fear that large-scale urbanisation will further rob them of water. Most parts of northern and central Gujarat are irrigated by the Narmada river, but last month the state government said farmers would only be supplied until March, blaming insufficient rainfall. This has forced farmers to rely heavily on groundwater. “If they pour concrete everywhere, there will not be any groundwater,” says Singh.

Bhavanpur village, about 15km west of Ahmedabad, is resisting the state government’s efforts to urbanise. Photograph: Raksha Kumar for the Guardian

In November, the current chief minister of Gujarat, Vijay Rupani, tweeted that the state had India’s lowest unemployment rate – 0.9%, against the national average of 5%. The implication was clear: Gujarat’s success was down to it being an industrial and urban state.

But these numbers are contested, and young people in particular question the quality of that employment. “We have no skills to work in an urban setting,” says Thakor. “If we will end up being daily wage workers in cities, it will hit our dignity the most.”

Persis Ginwalla, an activist with the non-profit farmers’ advocacy group Jameen Adhikar Andolan Gujarat in Ahmedabad, sees underemployment as a natural consequence of rapid urbanisation. “Industries and urban centres need disposable low-wage workers, and those displaced from their villages provide for just that.”

Figures from the 2011 census suggest a massive rural-urban migration in Gujarat, with 42 out of every 100 people in the state living in cities. The national average is 31.

As a result, many cities are expanding at a rapid rate and in an unplanned fashion, with water and housing supply proving particularly problematic. 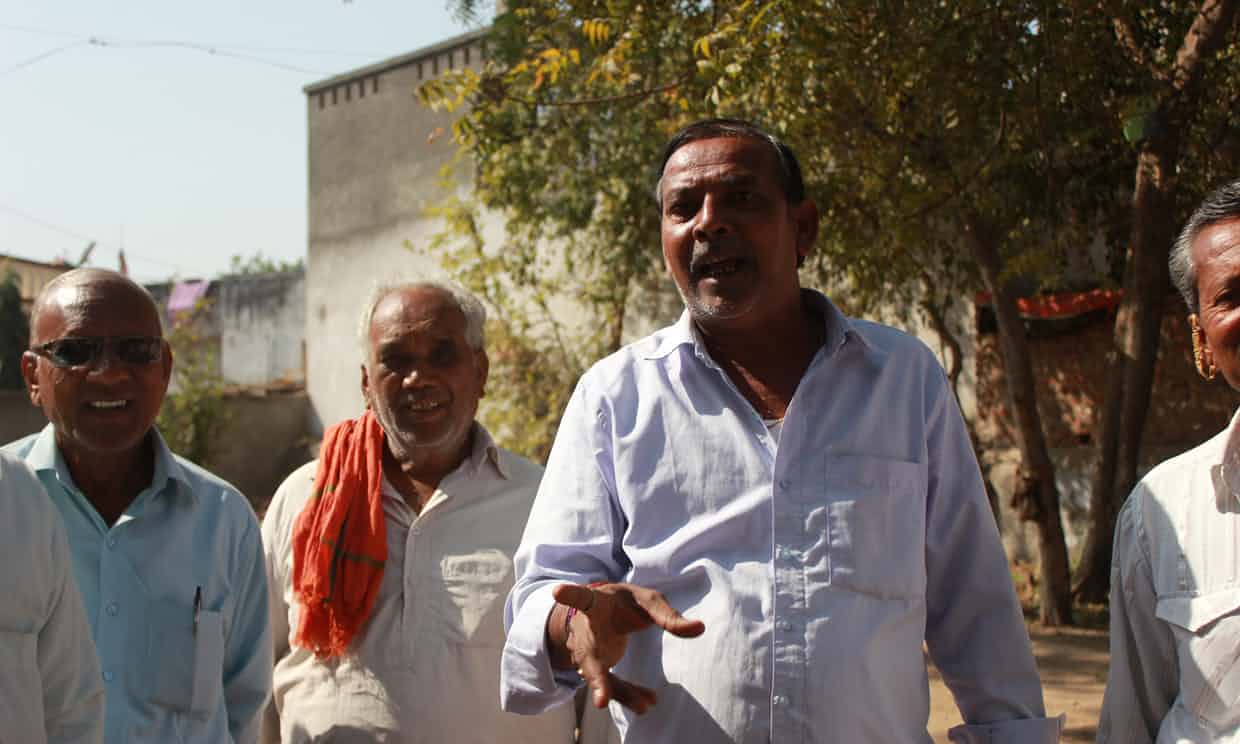 A senior official at the ministry of urban development, who spoke on the condition of anonymity, says people are flocking to cities from villages because they want “a comfortable life”. Cities had “better schools, better hospitals, roads, connectivity – therefore, people prefer to move to cities,” he says. “We are just offering to build cities where they live.”

Dara Singh, of Nasmed village, scoffs in response. Its land was incorporated into the Ahmedabad Urban Development Authority (Auda) in 2009: “If the official is to be believed, we should have our fancy roads and sprawling houses by now. Look around – what do you see apart from open drains and mud roads?”

Spurred on by successes in other parts of the state, Singh and others in Nasmed have renewed their fight to be removed from Auda.

The state election result in December was also interpreted as an indication that the people of Gujarat are turning against urbanisation. The ruling Bharatiya Janata Party (BJP) won a narrow victory with merely a tiny fraction of the rural vote. Analysts say that if elections were held only in rural areas of Gujarat, the BJP would have suffered a crushing defeat.

The government is disallowing its citizens from leading better lives in villages, instead forcing them into cities where the quality of life is lower, argues Sagar Rabari, the secretary of Khedut Samaj, an Ahmedabad-based farmers’ organisation. “At this point we are not raising larger questions like global warming and food security,” he says. “We are merely questioning the wisdom of herding people into cities like they were cattle.

“Or worse,” he adds, “bringing dysfunctional cities to where they live.”

Published in: The Guardian
Published on: 12 February 2018
Link: https://www.theguardian.com/cities/2018/feb/12/india-villagers-rebel-urbanisation-gujarat