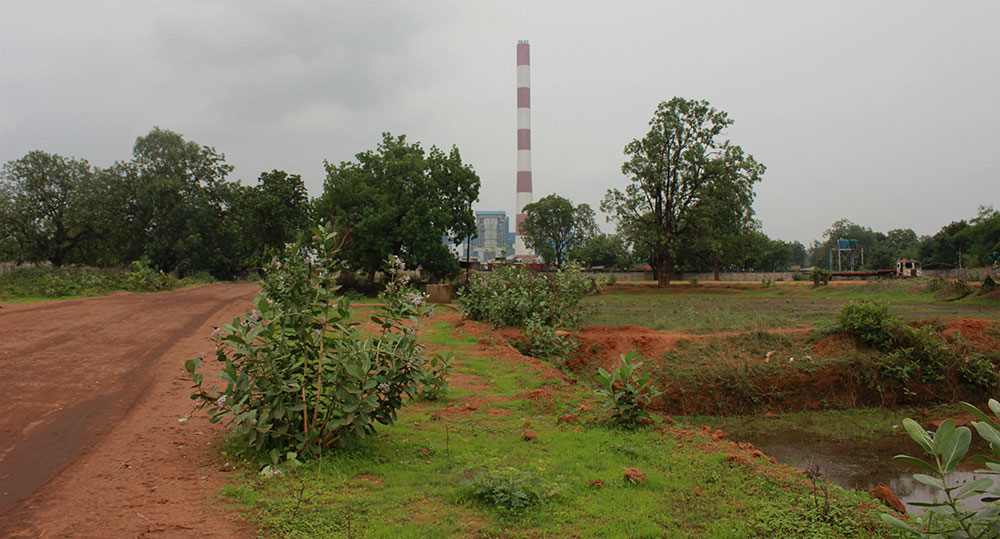 According to the Panchayats (Extension to Scheduled Areas) Act, 1996, land owned by Adivasis cannot be transferred to non-Adivasis. 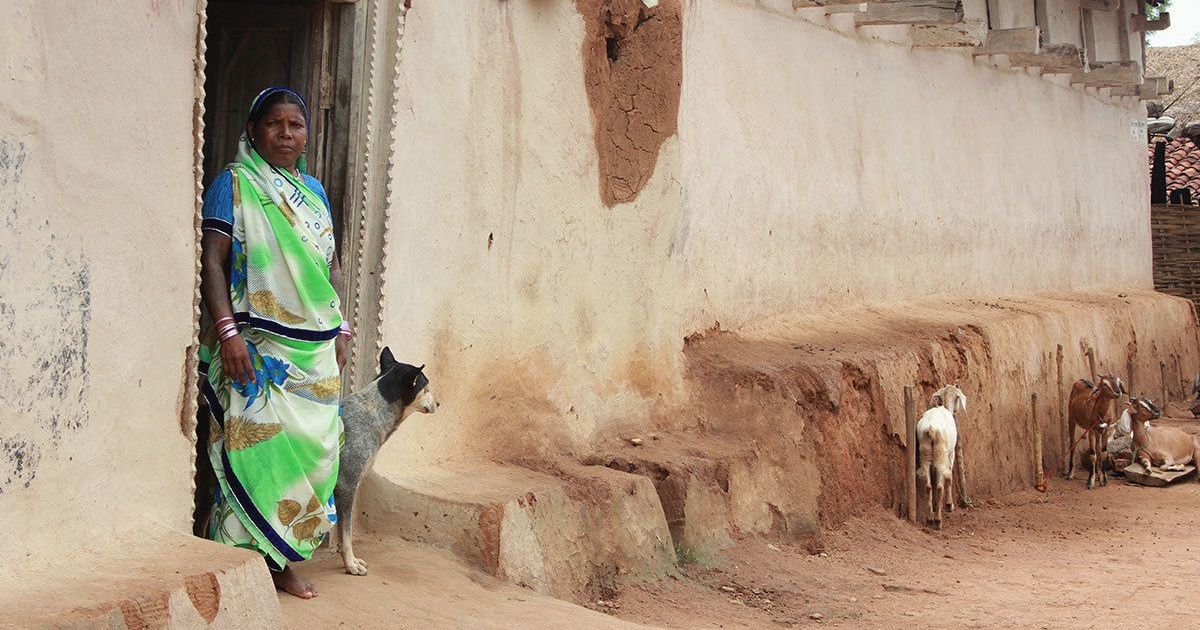 It was 2009. Arjun Singh Manjhi of Bhengari village in Raigarh district of Chhattisgarh wanted some money to fix his leaking roof. Since he had small plots of land in different parts of the village, he decided to sell one of them to meet his expenses. He sold one acre to Mahesh Patel and continued farming on the rest.

Until March 2012, Manjhi had no idea that the ownership of all his 7.5 acres of land had been transferred to Patel. Manjhi claims Patel made him sign on a bunch of papers and he had no idea that they contained sale deeds for all his lands. Patel, in turn, had sold all of Manjhi’s land to TNM Energy, a company that operates a 600 MW coal-fired thermal power plant in neighbouring Khokhraooma village. Only when Manjhi tried to sell another piece of his land did he find out. “I went to a buyer with my papers and he told me that I did not own the land anymore,” he said. “And the patwari [land record keeper] said it belonged to the company now. This kind of cheating was happening to people all around, but I did not pay attention to it until it happened to me.”

Not only Manjhi, between 2012 and 2017, about 100 farmers from Khokhraaoma, Katangdi, Bhengari and Nawapara Tenda villagers of Gharghoda tehsil in Raigarh district, found out that more than 680 acresof their land was now held by two companies – TNM Energy and Mahavir Coal Corporation.

According to the Panchayats (Extension to Scheduled Areas) Act, 1996, in areas like Raigarh where more than 50% population is tribal, land owned by Adivasis cannot be transferred to non-Adivasis without the consent of the Gram Sabha or the village council.

This is not the first time Adivasis in Chhattisgarh have alleged fraud in land deals. In Raigarh district, everyone has a different story of how they have been cheated. Some allege they were underpaid for their lands, some claimed they did not want to sell their lands but were coerced to, some allege forgery, some say their signatures were taken on blank sheets of paper on some pretext or the other, and according to some, larger parts of their lands were taken away than they had agreed to. A few villagers allege they were threatened.

But this time, about 90 farmers from the four villages want to fight it out in the criminal courts. “Adivasis have been quiet long enough and we repeatedly get cheated,” said Paavitri Manjhi, sarpanch of Khokhraaoma village (no relation to Arjun Singh Manjhi). “But, this time we will fight it out and set a precedent. We want criminal proceedings to be carried out against those who have cheated us off our lands.”

A senior government official who asked not to be identified as he is not authorised to speak to the media said: “If the villagers are successful in their attempt to criminally prosecute the companies, it would act as a huge deterrent.”

According to the official, almost all mining and power generation companies in Chhattisgarh’s Raigarh, Dharamjaigarh, Sarguja and Korba districts acquire land through fraudulent means. “They will all at least pause now,” he added.

Villagers of Gharghoda draw inspiration from a six-year-long struggle by villagers of Kunkuni in the neighbouring tehsil of Kharsia in the same district.

Adivasis in Kunkuni allege more than 300 acres of their lands were transferred to a Bilaspur-based real estate firm, Saptarishi Infra Tech Estate, by forgery between 2009 and 2015. Villagers claim Saptarishi Infra bought large swaths of lands to sell to the mining companies in the vicinity. A unit of Vedanta Washery and Logistics Solutions Private Limited is being set up in Kunkuni (no relation to Vedanta Resources), while the coal mines of Chhal and Baraud lie within a 15-km radius of the village.

Several attempts to get reactions from Saptarishi Infra failed. Emails and phone calls were unanswered.

Last year, Kunkuni resident Jailal Rathiya filed a petition in the Chhattisgarh High Court in Bilaspur, on behalf of many villagers, seeking that the transfer of their lands be reversed.

On March 16, Rathiya went to Kharsia town to get some new clothes for his family. When he returned late in the evening, he is said to have felt weak. According to his family, late at night, he tried to vomit, was profusely sweating and died within hours. “My father’s death was shocking,” said Anandram Rathiya, who works at the village health care centre. “We believe it wasn’t a natural death.”

Kharsia Station House Officer KL Nand said that the police was looking into the matter.

Jailal Rathiya’s case was taken up by Opposition leaders of the Congress party in the Chhattisgarh Assembly in April. It drew the attention of the National Commission for Scheduled Tribes as well.

On May 9, the National Commission for Scheduled Tribes instructed that the Kunkuni lands be transferred back to Adivasis and action be taken under the Scheduled Caste and Scheduled Tribe (Prevention of Atrocities) Act. While it is not legally binding, the order is being taken very seriously, said P Malikner, District Collector, in-charge, Raigarh. “We will ensure the necessary steps are taken to conduct diligent enquiries,” he said.

Just as the villagers of Gharghoda took inspiration from those in Kunkuni, residents of several villages in Tamnar tehsil, also in Raigarh district, want to lodge complaints of fraudulent land transfers. “Hundreds of villagers have complaints that could fall under Section 170 (B) in about 14 villages of Tamnar,” said Rinchin, a Tamar-based activist. 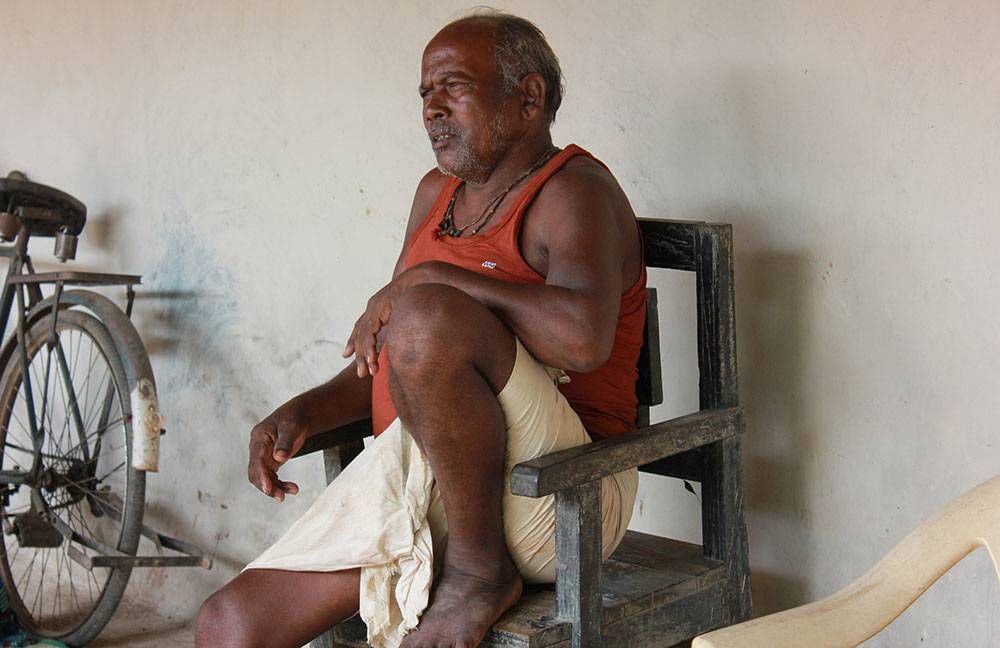 Under the Fifth Schedule of the Indian Constitution, an area where more than 50% population is tribal is declared a scheduled area. Raigarh district has 65% tribal population and is protected by the Panchayats (Extension to Scheduled Areas) Act, 1996, which makes land transfers from an Adivasi to a non-Adivasi person contingent on the consent of the Gram Sabha or the village council.

Gram sabhas in the four villages of Gharghoda have repeatedly declared that their lands were purchased through fraud and coercion. However, if the cases are booked, action will be taken not under the Panchayats (Extension to Scheduled Areas) Act, which does not allow a criminal case to be registered, but under the Scheduled Castes and Scheduled Tribes (Prevention of Atrocities) Act, which criminalises the wrongful transfer of land from Scheduled Tribes and Scheduled Castes.

In January 2016, Parliament amended the atrocities Act, to include the words “without the person’s consent”, or “with the person’s consent where such consent has been obtained by putting the person…in fear of death or hurt”. This amendment spells out the cheating and land fraud that the villagers allege, which makes it that much easier to criminally prosecute under this Act.

Armed with the new amendment, the villagers of Gharghoda and Kharsia now want to file criminal charges against those who allegedly transferred their land by cheating or force.

Last month, an Amnesty International India campaign urging authorities to investigate the fradulent land transfers of Adivasi land in Gharghoda said: “Under international human rights law and standards, states have an obligation to protect the rights of Indigenous peoples to free, prior and informed consent on decisions that affect them.”

It added: “The UN Guiding Principles on Business and Human Rights state that businesses have a responsibility to respect human rights, and reiterate that states have an obligation to protect against human rights abuses by business enterprises, including by taking appropriate steps to investigate, punish and redress such abuse.”

Since March, residents of the four villages in Gharghoda regularly assemble at Arjun Singh Manjhi’s house in Bhengari village to discuss their strategy. While they seem hopeful that their charges against the land brokers and companies will hold, many activists and lawyers have reservations about that happening.

Digri Prasad Chauhan, member of the human rights body, People’s Union for Civil Liberties, has filed more than 140 cases of illegal land transfers of tribal lands in Gharghoda in the past year. “Only 15 of those have had favourable verdicts from the SDMs [sub-divisional magistrates],” he said. “But companies have appealed even those 15 to the District Collector, who is the final authority on restoring land titles to tribals.”

Gharghoda sub-divisional magistrate, S Jayavadhan admitted that enquiries are going on in 70 cases. He said enquiries typically take three months to a year. “Sometimes the investigations become tough because people who have purchased the lands, fraudulently or not, are tough to track down,” he said.

Chauhan believes fighting a criminal battle will be tougher when the civil battle has been so tedious. Until now, he has been right in the case of people of Gharghoda.

On June 14, 81 Adivasi folk piled into tractors and mini buses to travel 55 km to the Scheduled Castes and Scheduled Tribes Welfare Special Police Station in Raigarh. They managed to take with them scraps of papers they had to prove that they are the rightful owners of the lands.

But, the police decided to conduct preliminary investigations before accepting their First Information Reports.

On June 25 and 26, groups of six and 10 policemen set up temporary camps in Bhengari and Nawapara Tenda villages. They began summoning farmers from every house and recording their complaints.

“We will consolidate all the statements and then see if there are grounds to file FIRs,” said Veerendra Sharma, Deputy Superintendent of Police of the Scheduled Castes and Scheduled Tribes Welfare Special Police Station.

However, many villagers say their statements were not recorded accurately by the police. Jayantilal, a farmer who owned nine acres of land, said that he had told the police that he did not know what documents he was signing on. “The land record keeper asked me to sign some documents and I did,” he said. “The next thing I know my seven acres of land fell behind TNM’s compound wall.”

But he said he did not see the police write TNM while taking down his complaint. “I am not sure what they wrote,” he said. Many others have similar reservations about the initial enquiry conducted by the police.

This correspondent also reached out to TNM Energy and Mahavir Coal Corporation for their comments but received no response from them. The copy will be updated if and when the responses are received.

Brokers or mediators who made the transactions live in the same villages. If the First Information Reports are filed they will become co-accused. “Nobody speaks with them,” said Paavitri Manjhi. “They are isolated.”

Chimneys raise their heads from atop the trees regularly on both sides of the single-lane road that connects Raigarh town to Gharghoda. After crossing the Rabo Dam built on the Kurkut river, the vegetation becomes dense as does the smoke emerging from the factories. “This is the crux of the battle over land,” said Lakhan Singh, president of the People’s Union for Civil Liberties, Chhattisgarh. “The green fights the grey.”