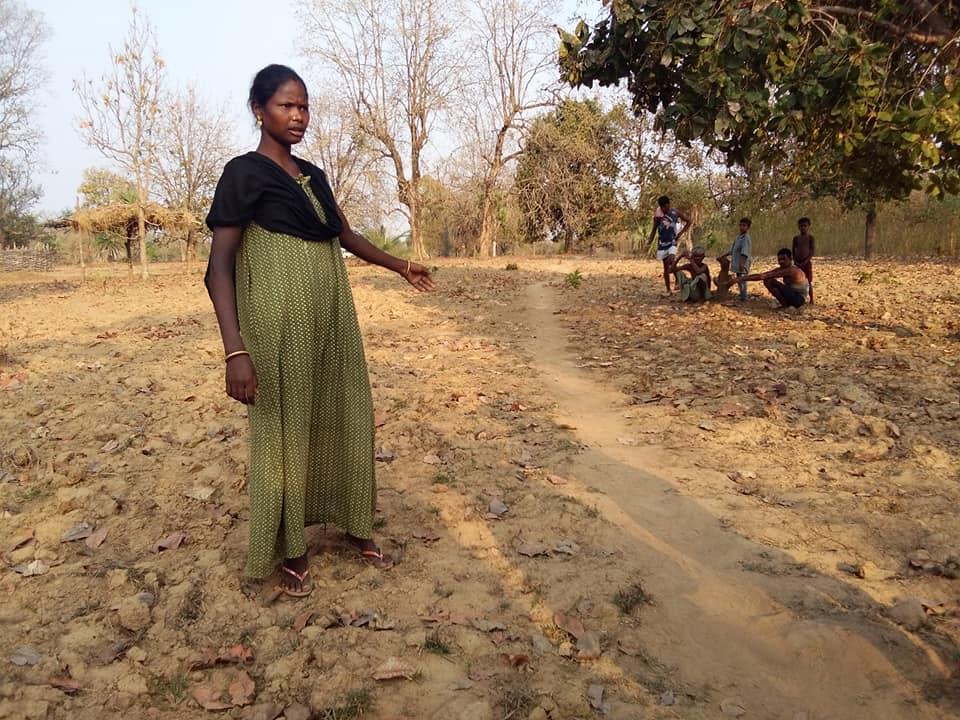 Indian Elections: The rebels who do not vote

Heavy-handed policing in central India’s Chhattisgarh state has left tens of thousands of people estranged from the Indian state.

Bastar is a constituency in central India’s Chhattisgarh state with majority adivasis – indigenous communities. On April 11, although close to 60 percent of them voted, the disgruntlement with the Indian state is palpable.

“It doesn’t matter who we vote to power, no one cares for us anyway,” said Sodhi Dula of Bhejji village in the Sukma district of central India.

The village of about 50 households has close to 200 people of voting age. However, no one is registered to vote. The modern Indian state with Western ideas of democracy is not what the Adivasis, as the indigenous people are called, relate to. They have traditional administrative units. However, the main reason why Indian democracy has not reached the remote villages of central Indian forests is the intractable violence.

While close to 900 million people (almost the entire population of Europe) will vote in the Indian general elections for five weeks between April 11 and May 19, for many Adivasis, it is literally the Wild West

For over 30 years now, central India has seen varying degrees of violence in a battle between extremist left-wing armed groups – commonly referred to as the Maoists – and the Indian armed forces. The rebels want a violent overthrow of the Indian government, which they claim is discriminatory to the indigenous peoples who inhabit the dense forests.

Currently, the states that house the highest number of districts with left-wing extremism are Chhattisgarh, Jharkhand and Orissa. The Bastar region of south Chhattisgarh is considered to be the bastion of the rebels – kind of their headquarters.

Between 2010 and 2019, close to 2,000 civilians, security personnel and rebels have been killed in Chhattisgarh. Instances of extrajudicial killings is commonplace, sexual assault of the local women by security forces has drawn much flak and violence has been internalised in the region.

A new page was turned in this battle in December 2018, when the opposition Congress Party was elected to the state legislature of Chhattisgarh. They ousted the Bharatiya Janata Party (BJP) which had ruled the state continuously since its creation in 2000 and still holds power at the Centre.

However, the state of affairs seems unchanged.

On February 4, one unarmed woman was shot at and another injured in Godelguda village of Sukma district of Chhattisgarh. On February 7, 10 young boys and girls were gunned down in Bijapur district. And on March 8, a young boy was killed in an IED blast in Sukma, due to police negligence.

Violence from the Maoists has not abated. On April 10, a BJP legislator Bhima Mandavi and four police personnel providing him security were killed in a bomb blast when they were returning from campaigning in Dantewada district of Chhattisgarh. In March, a civilian vehicle blew up by an IED blast injuring nine members of the same family in Bijapur district. Both bombs were planted by the Maoists.

At any given point in time, 50,000 forces are present across in Chhattisgarh, including paramilitary and police. An additional 10,000 paramilitary personnel have also been deployed for the elections.

Since the Maoists are mostly Adivasis from the villages, the residents of this region are mostly fearful of security forces who they see as agents of the Indian State.

Take for instance the shooting at Godelguda.

Two women were collecting forest produce about 100 metres from the village. Podiyam Sukki and Kalmu Devi were shot at by a group of policemen who were approaching the village. The police later claimed that they were members of the Maoist groups. While Sukki died, Devi was gravely injured. After undergoing weeks of treatment in a local hospital, Devi spoke at length about what happened that day. “We are not Maoist,” said Devi. “We have families in the village. We just want to earn our meagre living and lead a peaceful life,” she said.

At the exact location of the alleged extrajudicial killing, called the “encounter”, Devi began to explain how the incident occurred. She pointed into the distance not more than 200 metres from the bunch of trees where the women were. “They shot at us from there,” she pointed.

The women were unnerved by the approaching policemen and began to run away from them. This is commonplace in Maoist land. Villagers, who are not used to advancing policemen, tend to run away from them. “A major reason for this is the atrocities committed by the police,” said social activist Soni Sori. “The policemen take away their cattle [their source of income], grains and harass womenfolk,” she said.

Villages in Bastar are far-flung and often separated by large swaths of forestland. The life and livelihoods of the people of the region is dependent on these forests. They are mainly hunters and gatherers who eat forest produce, sell mahua flowers and tendu leaves to make money and work in subsistence agriculture.

In order for them to gather minor forest produce, they are required to wander off into the forests. However, going further away from the villages has proven to be fatal for many Adivasis, as it did for the Godelguda women.

After years of combat, the security forces have largely managed to contain the Maoists to a hilly, forest-covered region in Bastar called Abujh Marh. While the Maoists have their presence elsewhere, Abujh Marh is considered to be their territory.
The two-kilometre wide Indravati river cuts off the Abujh Marh forests, providing it with natural protection and creating an informal border.
On the other side of the river, on February 7, the Maoists were conducting a sporting event involving all the children from four neighbouring villages – Tadiballa, Uthla, Kolnar and Palli. About 70 young adults came to take part in traditional games such as Kho Kho and Kabbaddi.

A 12-kilometre trek from the river into the forests takes us to the spot where the competitive games were organised that day. Under tall Sal and Mahua trees, the teenagers were cooking their meals and taking turns to play. An audience from neighbouring villages had gathered encircling the games area.

At around 10:30am, the villagers claim, security forces ambushed the area. They began indiscriminate firing, claim residents of Tadiballa.

By many accounts, only three Maoists were present to organise these games. “They were too small a number to combat several dozens of policemen,” said an eyewitness who requested to remain anonymous. They fled.

The security forces then targeted unarmed villagers, largely young adults, who were participating in the games.
The official version is significantly different. The security forces claim that the Maoists were training the youngsters to join the cadre.

When the villagers found out about the statement made by the security forces, they were infuriated. “We wanted to lodge our protest,” said Podiyam Munni of Uthla village.

About 5,000 people from villages in the foothills of Abujh Marh crossed the river and rode tractors and buses to Bhariramgarh, the nearest small town. They protested in front of the police station, politicians gave speeches and an inquiry was instituted against the security forces who had stormed the forests on February 7.

“We wanted to expose the lies of the government,” said one villager from Palli. “They have to understand that we live closer to the rebels, they eat with us, live with us, dig wells, help us with agriculture. So we reject the Indian state,” he said, especially because the security forces have been oppressive.

In September 2017, a feature film called Newton, which was India’s official entry to the Oscars last year, highlighted the difficulties of conducting elections in an area where a majority of the population has lost faith in the modern Indian democratic system. Especially the security forces.

A pertinent dialogue in the film, spoken by a tyrannous paramilitary officer rings true in Bastar today.

When in uniform, even a request sounds like a threat.