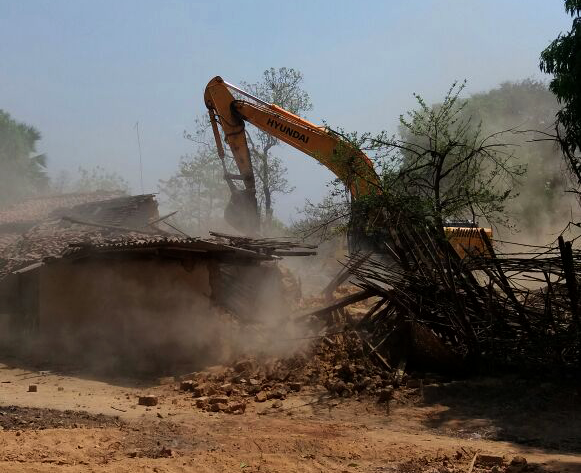 By Raksha KumarApril 5, 2016 No Comments

Ultimately, the administration promised to look afresh at the police cases against them.

All night on Friday, close to 150 people, mostly Birhor and Gond adivasis, gheraoed the police station at Tamnar block of Raigarh district in Chhattisgarh. They were demanding action against illegal demolitions of 15 houses in Bankheta village, which falls in an area earmarked for a coal mine expansion project.

By 3 am on Saturday, the deputy collector and other officials came to meet the villagers. The officials reassured them that their grievances would be heard.

Earlier in the day, at 10 am on Friday, however, the police arrived with bulldozers, with the intent of demolishing three houses. Nirmala Sidar and Sanyaro Birhor, whose houses were the target of the bulldozers, protested against the evictions. They were picked up by the police along with Rinchin, an activist who joined their protest. The three women were charged for obstructing public servants in the discharge of duty and for obscenity under 147, 186, 294 of the Indian Penal Code.

Even though all the sections are bailable, the women refused to apply for bail, saying the cases were unfounded. Instead, they asked for the police first information reports to be squashed. “The arrest is illegal and the two sections are completely unfounded,” said Rama Vedula, a lawyer.

The bulldozers arrived with the police on Friday morning.

The evictions were to take place for the expansion of the Gare Pelma IV/4 coal mine that lies within the Mand Raigarh coalfields and is operated by Hindalco Industries of the Aditya Birla Group.

Initially, these mines had been allocated to Jayaswal Neco Industries, but their lease was cancelled by the Supreme Court in September 2014. The court deemed 214 coal mines allocated between 1993 to 2011 to private players to be arbitrary. Hindalco won the rights to these mines in auctions held last year.

According to officials at Hindalco, they have paid the additional compensation.

But Birhor disagrees. If they had the right rehabilitation and compensation, why would they not move, she asked. 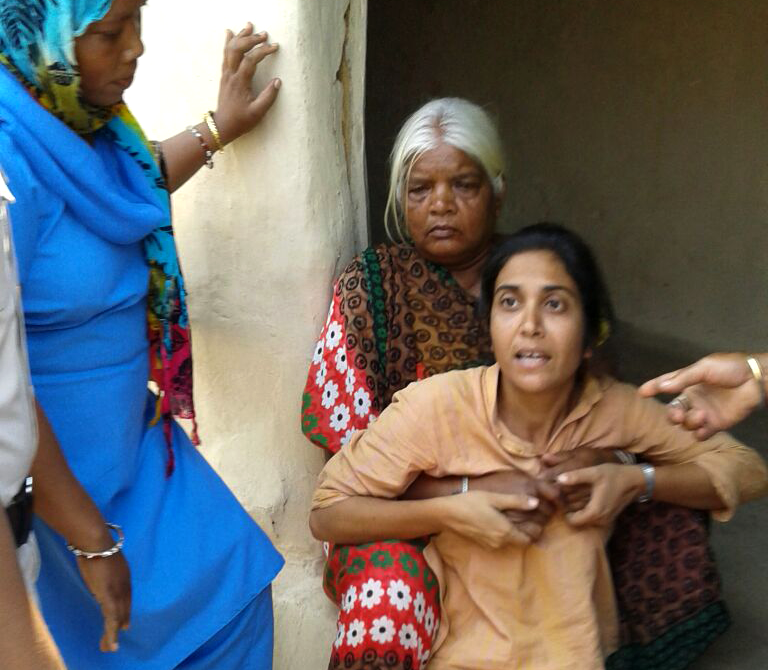 Rinchin is an activist working for the rights of displaced people in Raigarh.

The district of Raigarh is protected under the Fifth Schedule of India’s Constitution, with special safeguards around the transfer of indigenous lands.

Chhattisgarh’s rehabilitation guidelines state that families, especially those living in districts covered in Fifth Scheduled areas, are eligible for the allocation of alternate land or housing, preferably in the area where they already reside.

The protesting villagers of Bankhet are yet to get alternate land or housing. The state revenue department officials claim an eviction notice was issued to the three households on March 22, asking them to vacate their homes by March 30. However, according to the residents, the notice reached them only on the morning of April 1, the day the bulldozers arrived with the police.

“While land and environmental permits have been swiftly transferred from one coal mine owner to another, vulnerable adivasi communities are still struggling with issues of legacy compensation and rehabilitation,” said Aruna Chandrashekhar, Business and Human Rights Officer at Amnesty International India, who visited the area last month.

Seventeen hours later, the demonstrators seemed to have wrested a tenuous victory. “At least on paper we have won,” said Sanyaro Birhor.

After four hours of discussions with the villagers, the administration has agreed to work on their rehabilitation before they demolish their homes. They have also received assurances from the state administration that any complaint on illegal evictions and faulty land acquisition in the Tamnar region would be taken note of immediately.

The administration promised to look afresh at the police cases against the three women.

“However, we wanted to register a complaint against the administration and the police for attempting to illegally evict these villagers,” said Rinchin, who has been working on land rights in the region for several years now. “That hasn’t happened.”