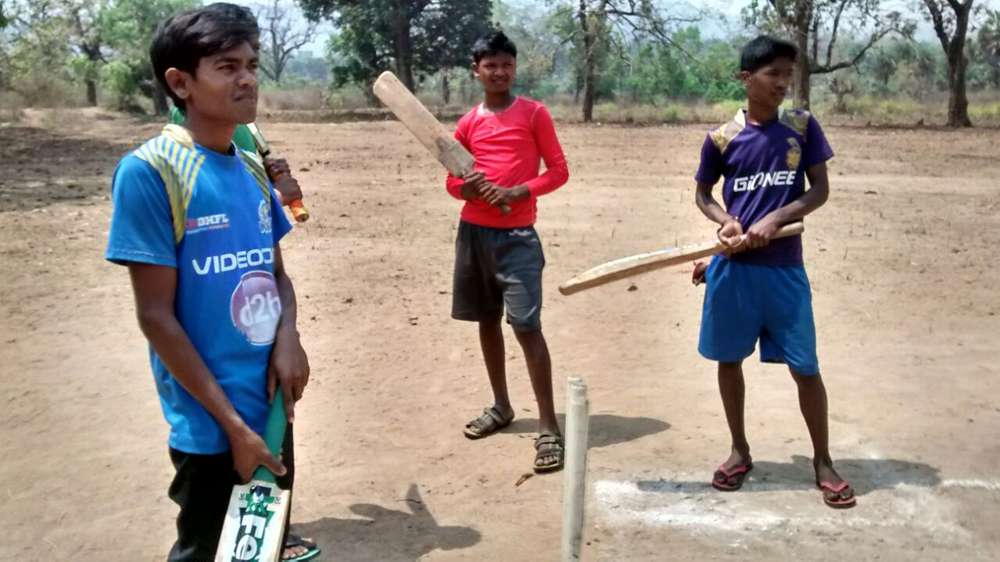 By Raksha KumarApril 3, 2016 No Comments

Seventy kilometres south of Jagdalpur, on the national highway connecting the largest town of Chhattisgarh’s Bastar region to Andhra Pradesh, lies the village of Kukanar. Veer off the highway and a bumpy, mud road leads to Pendalnur.

The village of about 50 people has been organising a cricket tournament for the past three years. More than 32 villages of the area participate for a prize money of Rs 11,000. They play a 12-overs game, said Devesh Kashyap, a young boy who introduced himself as the match commentator.

The panchayat and the cricket committee that raises funds for the tournament plan such that it coincides with the summer vacations of young boys.

On March 29, the pitch was laid out, and the boys of Phusguna team were waiting for their competitors of the day, the boys of Doleras, to arrive. It was 11am and the sun was at its peak. They had already waited for two hours. Ganesh Yadav, the captain of the Phusguna team, said he was hoping for a walkover.

“Walkovers are common,” said Yadav. “Many teams don’t reach here as Maoists blow up roads very often.” Less than 24 hours ago, the Maoists had blown up a bridge that connects Pendalnur to Kunnu village, two kilometres away.

We didn’t stay to find out if the match was actually held. The boys had formed smaller teams of their own and were practicing during the wait.

The boys said they didn’t have a Virat Kohli-type figure in their team. They were all good batsmen. Photo credits: Raksha Kumar 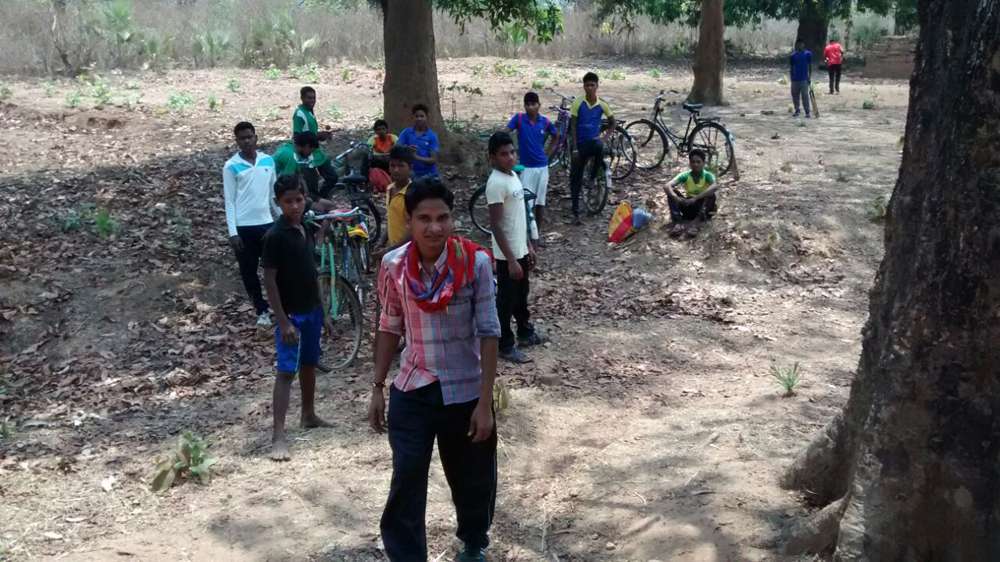 The common pair of gloves that everyone uses. 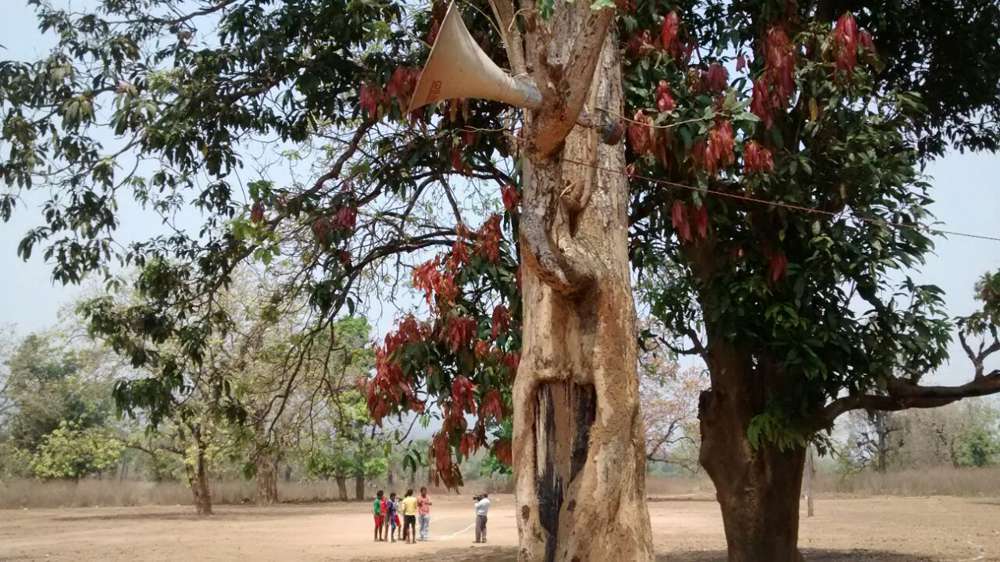 Speaker for the commentator Devesh Kashyap of Pendalnar village. 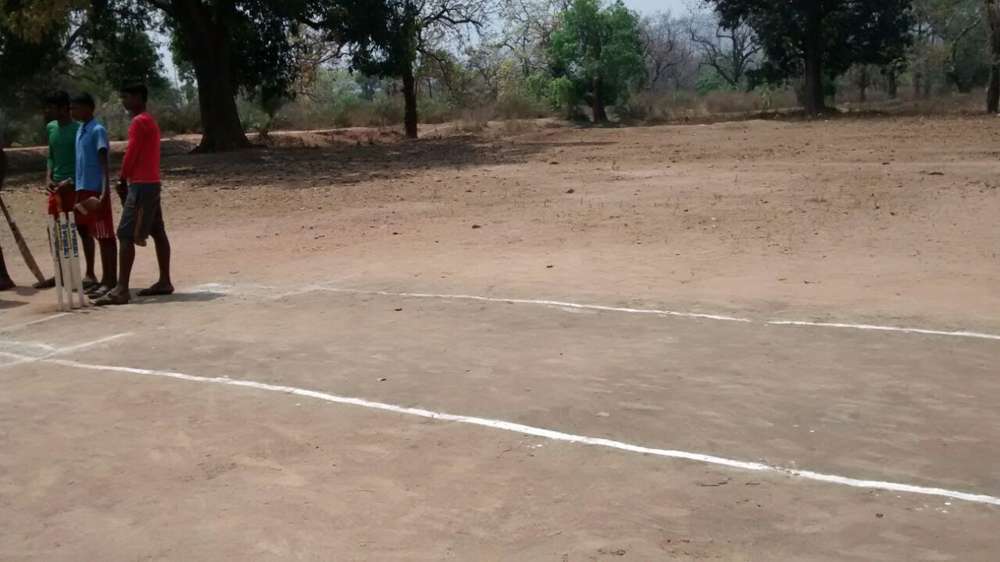 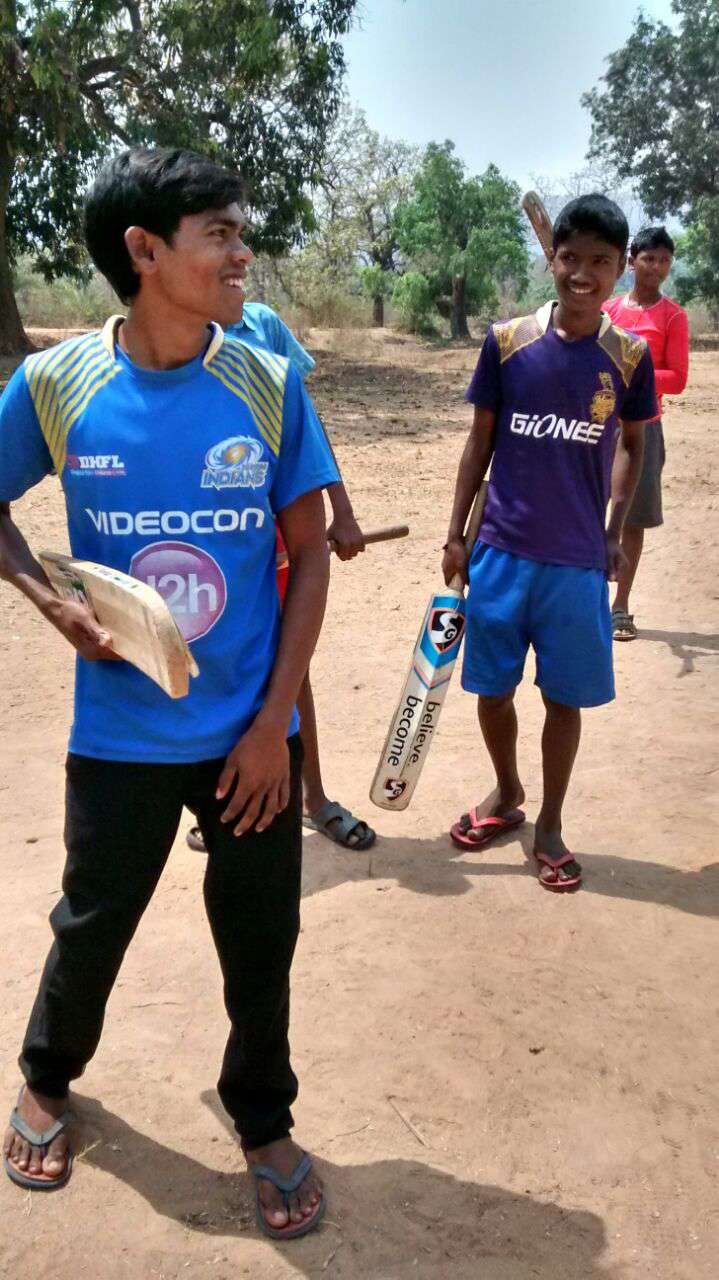