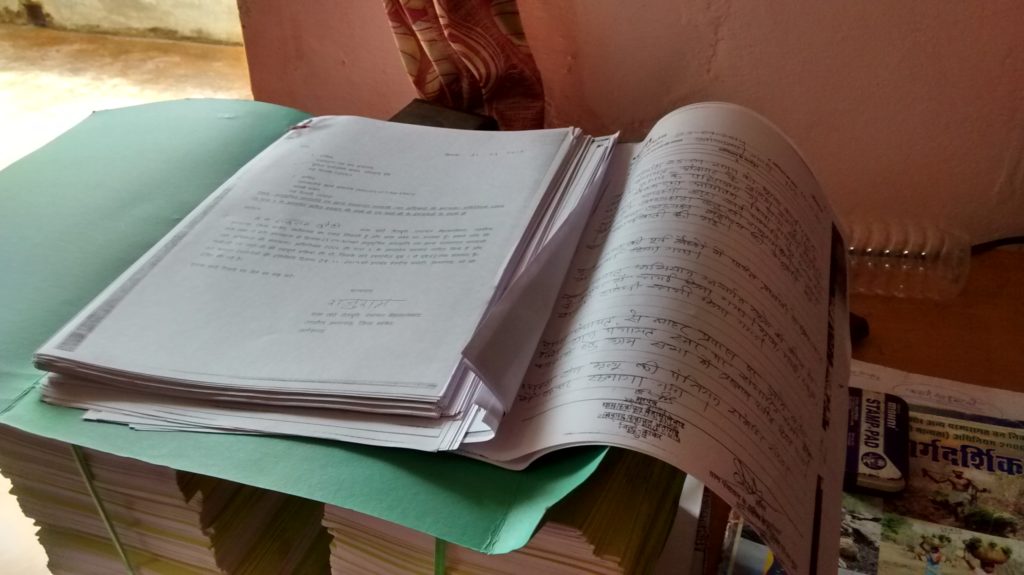 How Governments are Thwarting The Forest Rights Act (Part II)

By Raksha KumarNovember 30, 2017 No Comments

If FRA was a game changer, what went wrong? 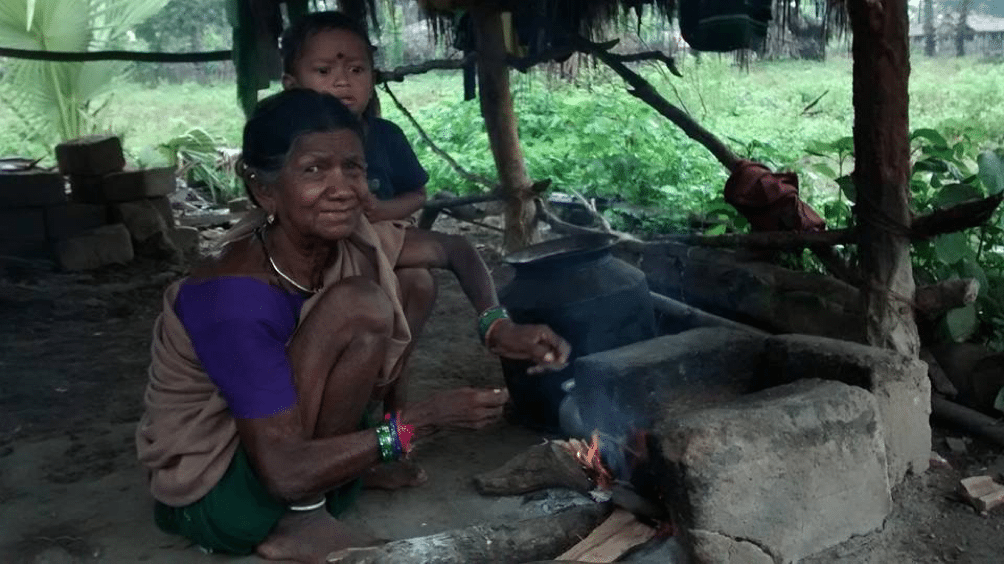 The FRA was passed in December 2006 to recognise the rights of traditional forest dwellers, who had been treated as ‘encroachers’ until then. The law claimed to right the historic wrongs committed against forest dwellers in India.

The FRA, it was claimed, was a game changer for 8% of India’s indigenous people.

“Even if we cannot come up with a precise, reliable number, to the question ‘How many tribals have been involuntarily displaced by the policies of the Government of India’, the answer must be: ‘Too many’.” wrote historian Ramchandra Guha in his paper August 2007 Adivasis, Naxalites and Indian Democracy.

“The sociologist Walter Fernandes estimates that about 40% of all those displaced by government projects are of tribal origin. Since adivasis constitute roughly 8% of India’s population, this means that a tribal is five times as likely as a non-tribal to be forced to sacrifice his home and hearth by the claims and demands of development and/or conservation,” he further wrote.

Three to five years after the law was passed, the communities became aware of their rights under the law. When forest communities of North Chhattisgarh realised their claims of forest rights were granted, they drank mahua (local intoxicant) all night to celebrate and thanked their Gods by offering an animal.

They were not alone. In the coming years, as and when communities found out that the law they had fought for was in force, there were celebrations all over.

The Forest Department was not that jubilant though. Their strongly held bastion for about seven decades would now be in the hands of local village bodies. Also, under the FRA, any activity in the forests would require a consent of the Gram Sabha. This meant, mining and other industrial activities needed to go through an extra layer of approval process. In case the Gram Sabha denied mining rights, as it has in many areas of Madhya Pradesh, Chhattisgarh and Assam, the companies have no choice but to stifle their aspiration to dig in those areas. Or try and win the people over.

In this balance scale, the two sides are quite disproportionately pitted. On one hand are the tribals and forest dwellers, considered dispensable for centuries. On the other are corporations and the government. The FRA added weight to the former. At least on paper. “There was bound to be resistance to the law by powerful and the moneyed,” said Alok Shukla, founder, Chhattisgarh Bachao Andolan.

Resistance came in the form of non-implementation, cheating and denial of rights.

And, in 2016, came the Compensatory Afforestation Fund Act. The Act creates a fund of over Rs. 42,000 crores for the forest bureaucracy to continue with ecological restoration. In essence, the Act pumps in more money to the Forest Department’s kitty. Thus, many believe, it renders the decades of people’s movement for FRA ineffective.

“Since in its enactment in 2016 the CAF Act has seen protests by tribals and forest dwellers, civil society organizations and citizens’ groups across the country. About 3000 Gram Sabhasfrom across the country have already passed resolutions opposing its implementation,” said the National Consultation on Compensatory Afforestation and Rights of Forest-Dwelling Communities in November 2017.

According to a 2016 report titled Promise and Performance by Community Forest Rights-Learning and Advocacy, a citizens group, “in 10 years, only 3 per cent of the minimum potential of CFR rights could be achieved.”

It is not merely lack of implementation, FRA is being steadily violated, according to many who are tracking its use closely.

How FRA is violated

Diyaani Bai Baiga, the 86-year-old tribal woman from Sarguja district of North Chhattisgarh, exemplifies the first kind of violation. Baiga marched to Delhi to demand the right to her forests. She managed to secure it in 2006. Having filed her forest claims in 2010, she expected the government to recognise them soon. In September 2013, she and her fellow villagers had a paper that declared the forests theirs.

In March 2016 during a mundane Gram Sabha, where every villager above the age of 18 is present and makes decisions for their village, they found out that their forest rights had been squashed a few months ago. The pieces of paper they proudly carried around, those which gave them a sense of security about their lands and resources, were now rendered useless.

They didn’t lose hope. They challenged it in the Chhattisgarh High Court. But, in March this year, the Sarguja collector’s office told the court that, “it is well settled principle of law that a person empowered to on the switch is also empowered to off the said switch.”

“The language reeks of arrogance,” said Basanti Singh Porte, a resident of Ghatbarra village of Sarguja district. “Who are they to say they can switch our rights on and off?”

The villagers have two questions: why were they granted their forest rights if the land was already allocated to mining companies? And now, how can they be alienated from their rights? Especially because the FRA is a unique piece of legislation that “recognises” the inherent forest rights of forest dwellers and does not claim to grant them any. (See Part I)

In Baiga’s case, as the land was diverted to Rajasthan Vidyut Utpadan Nigam Limited (RVUNL) in March 2012, the administration had squashed the forest rights granted to the villagers a year later.

Gopalakrishnan’s second claim about the violation of the FRA is best seen in Orissa and Andhra Pradesh. There are constant delays in formation of village-level forest rights committees, district levels committees reject proof of forest use by communities, obstruct community rights, approve smaller tracts of land than what is claimed and exclude of certain communities of forest inhabitants.

Speaking of sabotage of the core reasons for the law, Guvvari Bai Kalinga’s example fits best. Kalinga is a 70-year-old woman from Raigarh district of Chhattisgarh. She lives in Milupara, a village on the outskirts of a series of coal mines – Gare Pelma I, Gare Pelma II, Gare Pelma III and Gare Pelma IV.

The expansion of these mines requires the state electricity companies that control these mines and the corporations that mine on their behalf, to expand to forests on Toro Hills where Kalinga cultivates and gathers food.

The district administration has declined to process the community forest rights claims of about 14 villages in the area saying their lands have already been allocated for mining.

According to the FRA though, their rights should first be recognised and then the Gram Sabha can decide if the lands should be given out for mining or not.

Right now, it is equivalent to the government rejecting property papers to the existing owner because it has already approved a shopping mall in that location, said Alok Shukla, activist.

In cases where the law has not been violated, it has been grossly under-implemented.

The Promise and Performance report estimates that rights of over 200 million forest dwellers in over 170,000 villages should be recognised under FRA, mostly through CR and CFR provisions. 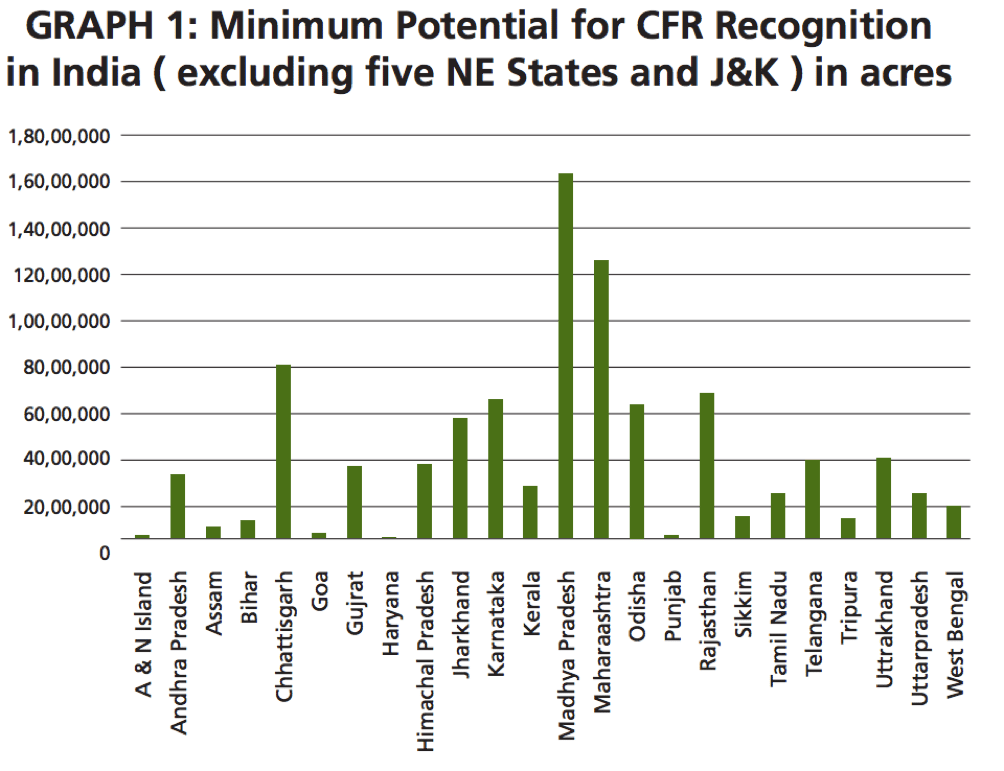 Since 2014, a series of steps have been taken to eliminate the key provisions of the FRA. The requirement for the consent of the gram sabha before diverting forestland for large projects was in any case not implemented even by the UPA, and there has been a continuous effort to dilute it in the last three years.” says Gopalakrishnan in his August 2017 paper titled The Forest Rights Act

He goes on to give examples to prove his point. “The recently passed Compensatory Afforestation Fund (CAF) Act, 2016, provides for huge funds from diversion of forests to be simply handed over to state forest departments for a wide variety of activities. Since many of these activities will occur in forests over which forest dwellers have rights under the FRA, the opposition strongly demanded the inclusion of protections requiring that spending of money under the CAF Act should not result in infringement of rights. But the government managed to overrule them, and the version of the bill that was eventually passed does not contain a single provision referring to the FRA. Thus, it is likely that these funds will be spent as if, once again, the FRA does not exist, empowering forest officers to use plantations to take over individual and common lands. In this sense, having lost their battle to stop the law entirely, the forest bureaucracy is now trying to regain its power through the back door.”

This is because the CAF Act creates incentive to displace tribals and forest dwellers from protected areas by making a specific provision for funding relocation, according to an interim report on CAMPA compiled by Sanghamitra Dubey, Tushar Dash, Radhika Chitkara.

The Forest Rights Act sits uncomfortably at the intersection of competing interests. How the scales of the balance tilts will determine how useful the law, which materialised after decades-long mobilisation of India’s most marginalised, is.

“Under the garb of protecting my forest, they are taking my land away from me,” said Baiga. “What they don’t realise is that I can protect my land better than anyone else,” she said.

Published in: Bar and Bench
Published on: 30 November, 2017
Link: https://barandbench.com/policy-people-forest-rights-act/