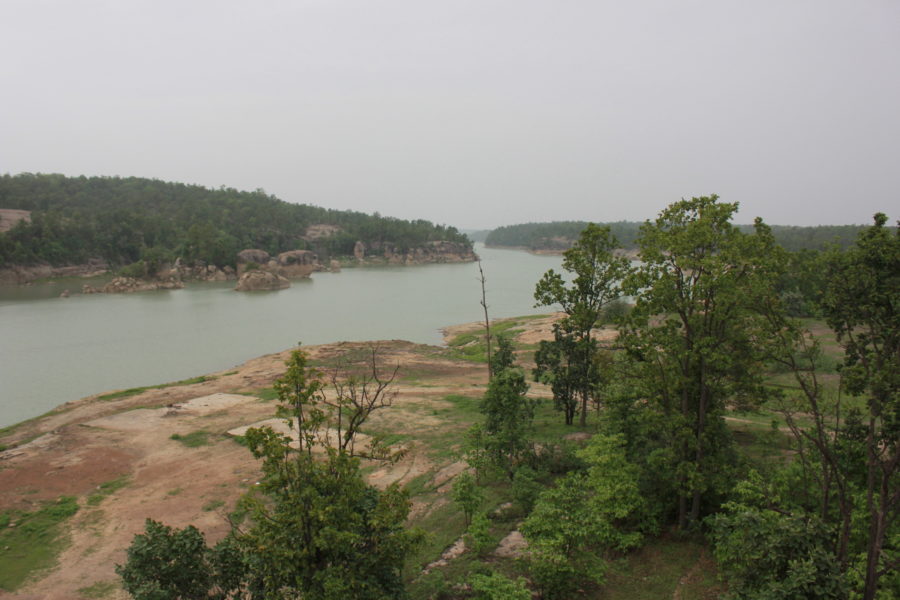 FRA: A Law by the People and of the People, But is it for the People?

They marched thousands of kilometres for their rights. Did it help? 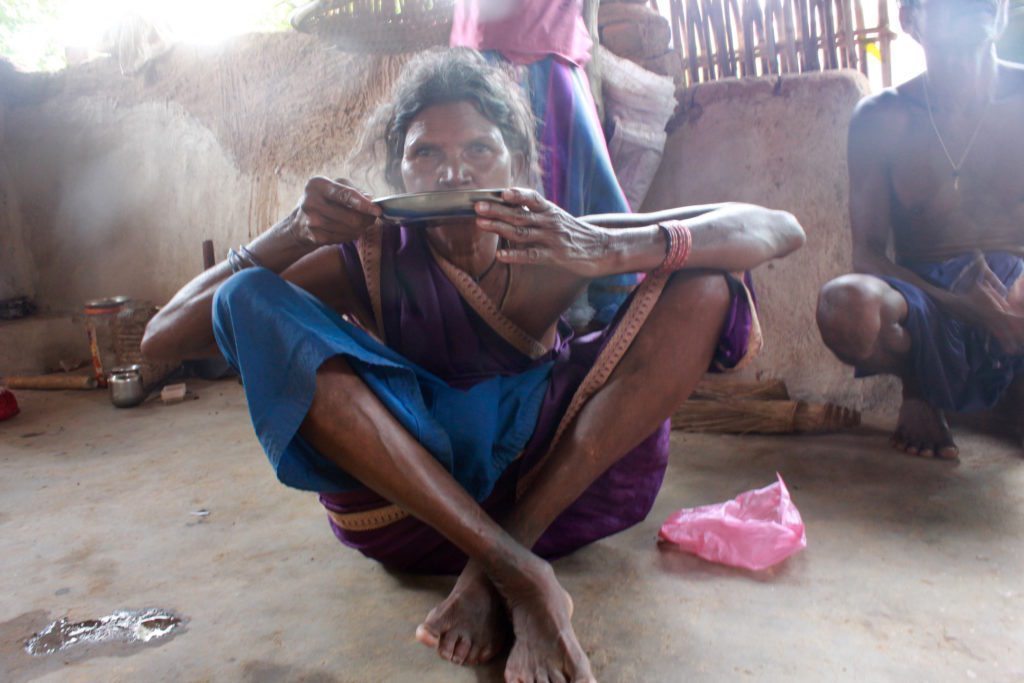 Diyaani Bai Baiga remembers the first time she heard of her rights. During the autumn of 2002, she sat with fellow-villagers on the outer reaches of Hasdeo forest when a man in long kurta spoke to them about “reclaiming their forests”. It was confusing, she said and admitted to not have understood much. However, over the next few years, Baiga went on to become one of the people responsible for propelling what eventually became the Scheduled Tribes and Other Traditional Forest Dwellers (Recognition of Forest Rights) Act, 2006 (FRA).

The Act recognises the rights of individuals over forest land they occupy, and most importantly, rights of tribal communities over the use and management of forests they inhabit and the resources therein.

FRA was the result of a battle fought by adivasis and other lesser privileged people to reclaim their forests from the tentacles of state-run forest departments. However, recent laws like the Compulsory Afforestation Fund Act 2016 render their fight useless as it restores the power (and the money) back into the hands of the State. (More on this in Part II)

“Nothing prevails, everything perishes,” goes a tribal adage which describes Baiga’s story very well. Six years after she celebrated her forest rights, the government revoked them in 2016. At an estimated age of 86, she has no official claim over any forest land anymore. “Life has come a full circle,” she said. “Looks like my children might also have to struggle to save our forests just like we did,” she added.

Stories like Baiga’s are commonplace in the forests of central India. While some traditional forest dwellers have not received their claims over forests, some have received only partial claims, some are still harassed by the forest department for using forest produce and others are refused their forest claims citing ‘eminent domain’.

How Important is FRA

How effective, then, is the piece of legislation that claimed to restore the traditional rights of India’s forest inhabitants?

“The Scheduled Tribes and Other Traditional Forest Dwellers (Recognition of Forest Rights) Act, 2006’ is a puzzling document. It is ambiguous in parts. There are differences between its text and its preamble. It leaves critical questions on operationalisation unanswered. All this has marred the Act’s implementation,” writes M. Rajshekhar in his paper on FRA titled The Act that Disagreed with its Preamble.

Others believe that the Act was pioneering.

According to FRA’s preamble, the Act was passed to correct the “historical injustice” to the forest dwelling communities committed by the colonial and independent Indian governments. It was recognised that forests were either taken over by the government to earn revenue or people were evicted from forests for environmental conservation purposes. Either way, people who lived in, and off, dense jungles for generations were denied their rights to the woodland. Would urban dwellers move from their homes with little or no compensation if the government decides that it needs their lands, asked Baiga.

Righting this approach, the FRA “recognises” the inherent forest rights of forest dwellers and does not claim to grant them any. To that end, this legislation is considered to be pathbreaking.

However, FRA was not achieved overnight. Millions of Forest Dwelling Scheduled Tribes and Other Traditional Forest Dwellers (non-STs) residing in 701,673 sq km or 21.34% of the country fought for their rights over several decades.

Baiga was one of them.

Baiga lives in Jhumarpara, a village engulfed by Hasdeo Arand or Hasdeo Aranya. Hasdeo, India’s largest uninterrupted forest in central India, offers a green cover to Sarguja, Korba and Raigarh districts of Northern Chhattisgarh. These forests not only act as a wildlife corridor, but house a complex biodiverse ecosystem and feed large rivers in the region.

After Hasdeo opened up for mining in 2011, roads began to cut though the forests primarily to transport coal. But, until then, the closest road to Jhumarpara was a narrow mud stretch that stopped at Tara village. Baiga and others had to walk about 30 kilometres into the forests to reach their village, cosily nestled deep inside Hasdeo.

As mining companies made more inroads, the forest residents of Hasdeo realised they needed legislative support to protect their lands.

One summer day, in 2004, they left their village in hordes and began marching towards Korba, the nearest town. Their padyatra for forest rights had begun.

From a few kilometres south of Korba, another large troop of villagers were similarly marching towards Raigarh town. Guvvari Bai Kalinga of Milupara was one of them.

“The men of the villages walked and women were filled in trucks. We carried children along with us and packed in lots of food,” she said. It was the first time Kalinga, who is now 70-years-old, was seeing a town. They were mobilised by the Gondwana Ganatantra Party.

Another group of forest dwellers emerged from Kanker, a district south of Chhattisgarh’s capital, Raipur. Kanker and Narayanpur districts border Maharashtra and are covered by Abhuj Marh, dense jungles that are known to be the bastion of the Maoist movement today. People from Abhuj Marh got a whiff of thousands of forest inhabitants being evicted from neighbouring Maharashtra.

Here is a bit of a back story, in which the Supreme Court is a protagonist. In 1995, A PIL was filed in the top court to address illegal felling of timber in the Nilgiris. But that snowballed into various Interim Orders over the next six years and eventually, the Godavarman v the Union of India case ended up changing the discourse around India’s forest policy.

The case had a two fold effect. First, the ruling made the Supreme Court the sole administrator of the law in all forest matters, the lower courts were forbidden from accepting forest-related cases. Eventually, unable to take the burden of cases led to the formation of the National Green Tribunal in 2010. Second, the Ministry of Environment and Forest sent a circular in May 2002 to evict all “forest encroachers” by September that year, stating that the Supreme Court had expressed concern over the issue. In that sense, this circular gave the forest rights movement some crucial impetus.

More than 300,000 people were forcibly evicted, denied their traditional livelihoods and deprived of any rehabilitation in that period. These were the evictions Abhuj Marhias heard of in neighbouring Maharashtra.

By the autumn of 2002, more than 150 mass organisations of Adivasis and other forest dwellers, such as Bharat Jan Andolan and the National Front for Tribal Self-Rule, formed a coalition at the national level and called it Campaign for Survival and Dignity (CSD).

Women of Chhote Jaitpuri, Kanker district, sorting tendu leaves, the sale of which is their main source of income. Photo: Raksha Kumar

It was fascinating to see people of Independent India take matters in their hands to bring about a legislation that would recognise the inherent rights of tribals, said Arvind Netam, former Union Minister from Bastar.

Laws made due to the pressure created from communities have had to face a stern, unyielding state. The state did not want thousands of people marching on the streets as that would signal a break down of law and order. And, according to several people who strode through the jungles, police regularly beat up many of them.

Kalinga remembers hiding from the police in corners of dense forests. “We live in these forests, we know different routes. We escaped the police by taking clandestine routes,” said Kalinga. Along the routes, while averting the police, they sang songs to motivate each other and slept in cramped spaces like abandoned schools and hospitals, she recollected.

She remembered with delight the day they reached Jantar Mantar in Delhi. “Now, we thought our voices would be heard better, as we were closer the people of power,” she said.

Turns out the government had its own reasons to yield to the demands of the people. In a 2003 article in Seminar, senior Congress leader Mani Shankar Aiyar refers to the Forest Conservation Act of 1980 and says, “there is probably no single cause more responsible for the virtually uncontrollable spread of Naxalism in tribal India than the unimaginative and unsympathetic implementation of FCA.”

Baiga remembers how her family fled fearing forest department officials in the 1960s and 70s. “We used to run away,” she recalled. “They used to show us papers written in English and tell us we cannot collect Mahua or Tendu Patta,” she added. The communities were so insular, that few among them mustered the courage to question the authorities. Mahua flowers and Tendu leaves, used in the tobacco industry, form a major portion of their incomes. The Maoists saw massive support from local communities because of the atrocities by the State.

Not only did the Congress and Left governments want to curb Maoist activities, they also saw the vote bank potential in the tribal populations.

And FRA finally came into being in December 2006.

The FRA changed the narrative significantly as it recognises forest dwellers as “integral to the very survival and sustainability of the forest ecosystem”, unlike in the FCA where forest communities were looked at as reasons for deforestation.

Section 4(5) of FRA requires that no forest dweller shall be evicted or removed from forest land under his occupation till the recognition and verification process is complete.

Fourteen sets of inherent rights are recognised in the form of individual, community, territorial and development rights in the Act. The ‘village assembly’ or the Gram Sabha is the statutory authority to determine such rights.

Back in Delhi, policy makers and civil society were still discussing merits and demerits the law, many months after it was passed.

According to Rajshekar the problem lies in the framing of the law. “The tribal movements, the non-tribal movements, the Ministry of Tribal Affairs (MoTA), the Ministry of Environment & Forests (MoEF), Congress leaders, the Left, Wildlifers, bureaucrats in the PMO and elsewhere – had different conceptions of the problem the Act had to address, the solution it had to provide and, therefore, the provisions it needed to contain,” this, he says, led to the an ambiguous and at times, contradictory legislation.

Most agreed though that it was a piece of legislation that empowered the hitherto ignored tribal population.

Neither Baiga or Kalinga or any of their fellow-villagers celebrated in 2006, though. Since they live in far-flung villages, it wasn’t until 2010 that Kalinga knew that the padyatra she had contributed to had produced desired results. “Some people came to our villages in the summer of 2010 and told us we have forest rights now,” said Baiga. No one could use her forest land or produce without her consent.

Baiga found out about the passing of the FRA because of increase in mining activities in the region. Increase in mining companies came with subsequent increase in activists who become the voice of the people.Government agencies and information dissemination systems are so inefficient that it was left to NGOs and activists to inform the public.

“At last, when they told us that we had the law, we rejoiced,” said Baiga. The celebrations were not to last long.

How FRA failed to deliver on its promises: in part II

Published in: Bar and Bench
Published on: 23 November, 2017
Link: https://barandbench.com/policy-people-fra/