A Tough, Rewarding Journey to India’s Valley of Flowers

By Raksha KumarSeptember 4, 2012 No Comments 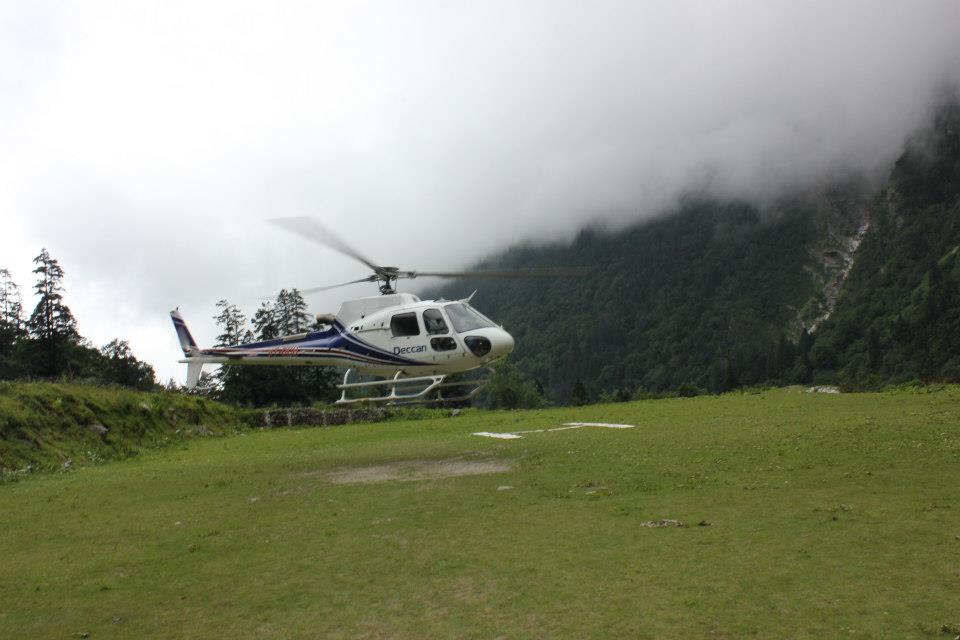 The Valley of Flowers, a national park in Uttarakhand State in the western Himalayas, is a four-mile uphill treak from the village of Ghangria. 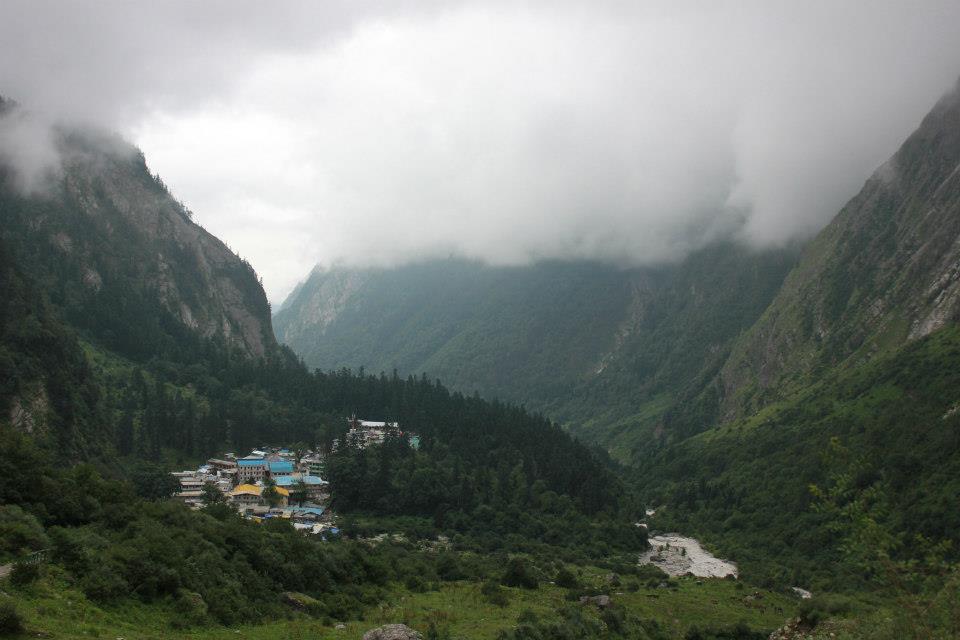 A view of Ghangaria from the Valley of Flowers. The valley was given its name by the British mountaineer Frank S. Smythe, who came upon it in 1931. 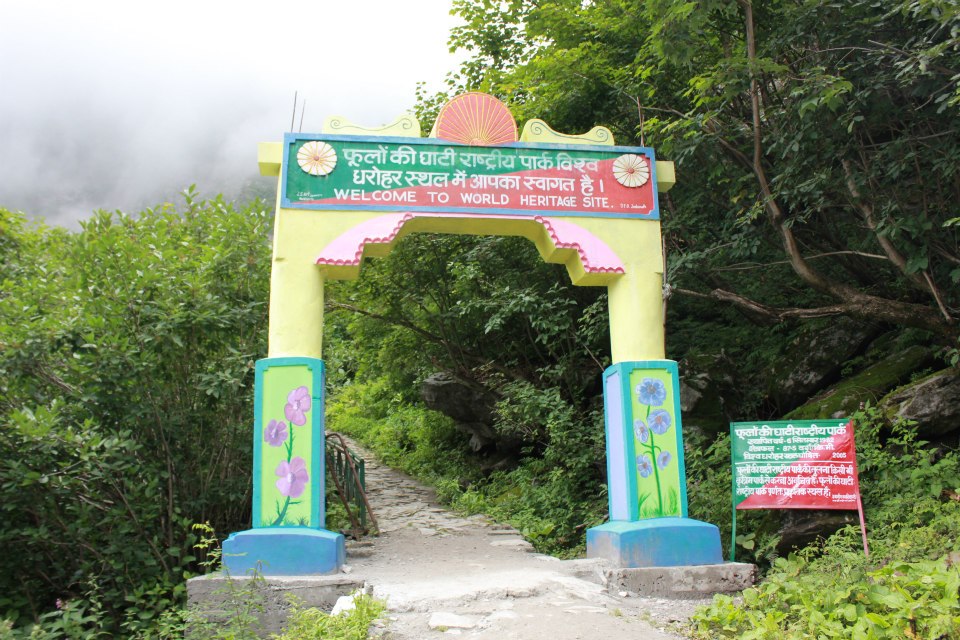 Entry to the park is restricted to daylight hours, 6 a.m. to 6 p.m. Camping is prohibited. 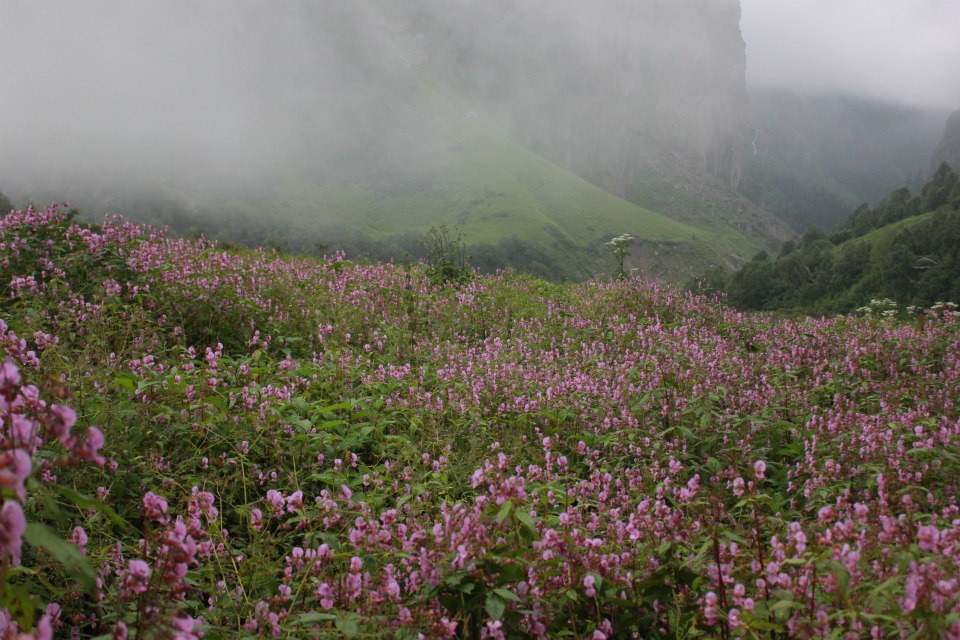 In Hindu mythology, the valley, which is 14,000 feet above sea level, is known as Nandan Kanan, the garden of Lord Indra in paradise.

Stachys melissifolia blossoms are common in the valley. 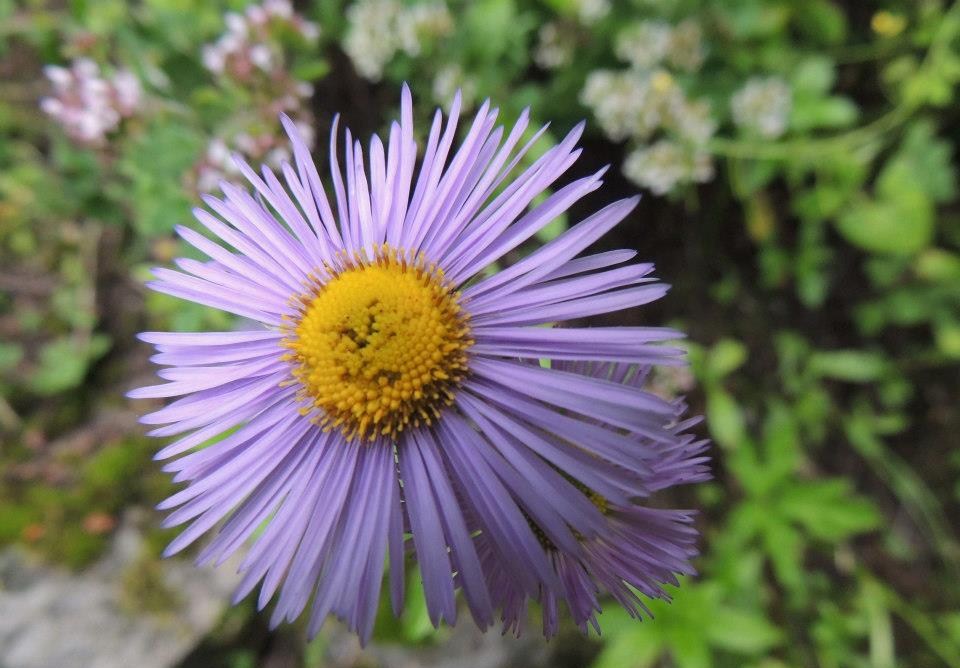 The valley is known for asters, blue aster being the most common variety.

Cherophyllum blossoms are found in abundance near the Tipra glacier in the valley. 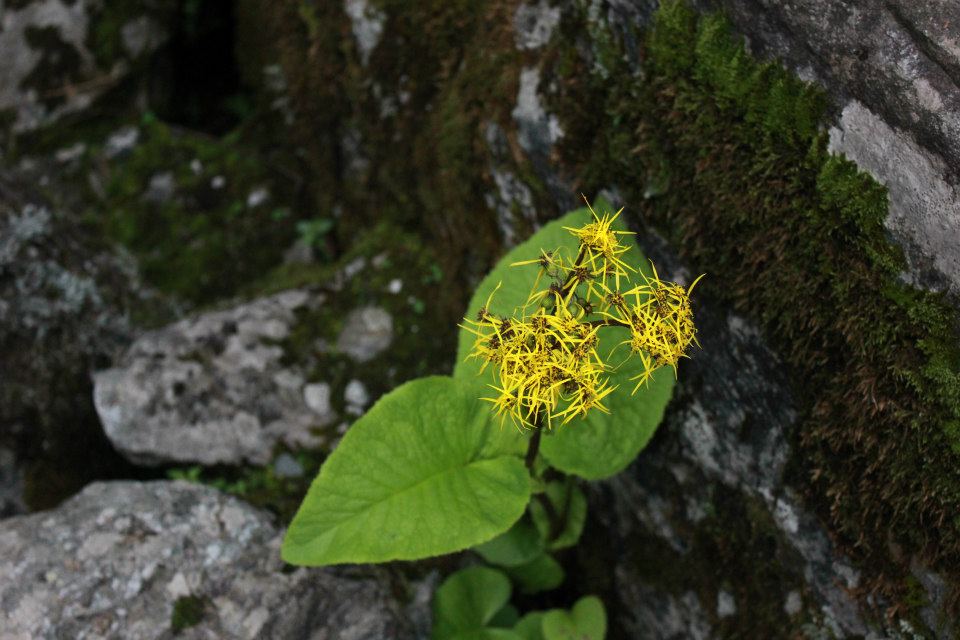 Ligularia blossoms are common to the Pushpwati River banks in the valley. 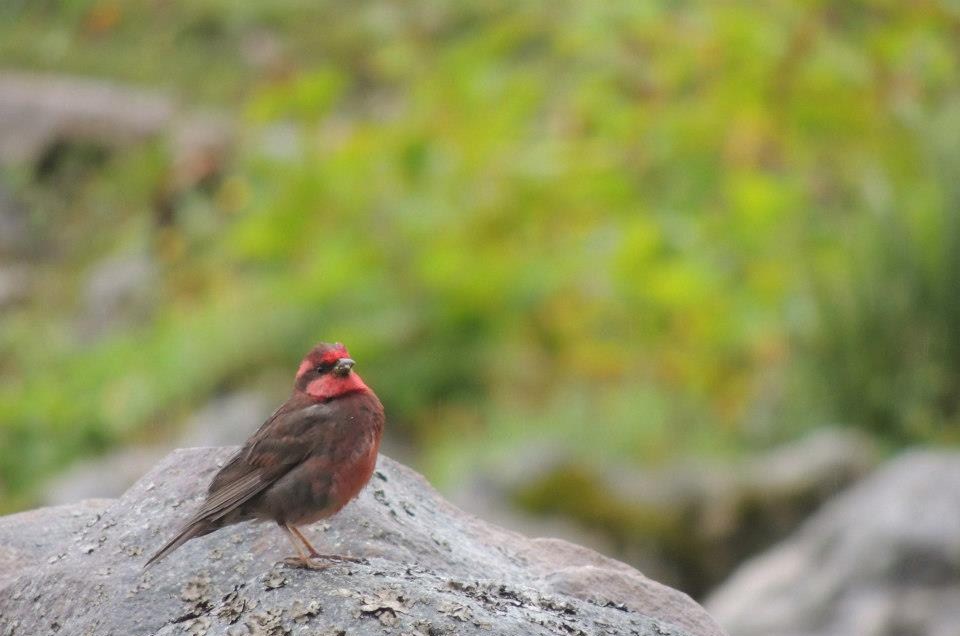 A grueling four-hour trek from the village of Ghangria in the Garhwal district of Uttaranchal brings visitors to one of India’s most stunning national parks, the Valley of Flowers. These grassy pastures, at an altitude of 13,000 feet in the western Himalayas, are covered in snow most of the year. During July and August, though, many of the valley’s more than 600 varieties of flora are in stunning bloom. The trek, which runs across streams and below shining, snow-covered peaks, eventually brings the traveler to a field of pink and white flowers.

Several Hindu legends are associated with this valley – it is said to be where Hanuman collected herbs to revive Lakshmana, younger brother of Rama, after he was poisoned by a demon’s arrow.

The English mountaineer, explorer and botanist Frank S. Smith camped in the valley for several weeks during the monsoon of 1937 and gave it its name. It was declared part of the Nanda Devi national park in 1982, and it is now a Unesco World Heritage site.

Getting there is a slog, even before you start hiking, and the summer months bring monsoon rains that make the trails a slippery mess. Travelers should budget about six days for the trip in order to acclimate to the altitude.

Several Web sites, including India Mike and TripAdvisor, offer advice from past visitors about the best routes to take. An entrance gate to the valley closes at 6 p.m. during the summer, which makes it necessary to get an early-morning start on the hiking portion of the journey.

Here are some travel tips:

Alternatively, take one of the many trains to Haridwar, then take a bus to Rishikesh, about 16 miles away. It’s a good idea to spend the night at Rishikesh, which has a better selection of accommodations.

Rishikesh-Joshimath (155 miles): The small town of Joshimath is situated at the confluence of Alaknanda and Dhauliganga valleys, at an altitude of 6,200 feet. Tourist taxis leave Rishikesh early in the morning and reach Joshimath in the evening. A shared taxi will cost about 500 Indian rupees, or about $9, per person, or a car can be hired for about 4,500 rupees.

Ghangria is also a base camp for treks to Hemkund, a pilgrimage site for Sikhs; lodging and boarding are available there. From Ghangria , the Valley of Flowers is a rigorous trek of nearly four miles, past enchanting waterfalls and glaciers.

Rishikesh Hotel Vasundhara Palace: located on the Rishikesh-Badrinath Highway, a single room is 3,540 rupees. Hotel Ganga Kinare: Less than a mile away from the Rishikesh railway station, the cheapest deluxe room is 3,999 rupees.

Ghangria The GMVN guesthouse here is the best option: Double rooms are 1,200 rupees for deluxe and 850 for economy. The guesthouse also has a dormitory that charges 180 rupees per bed.