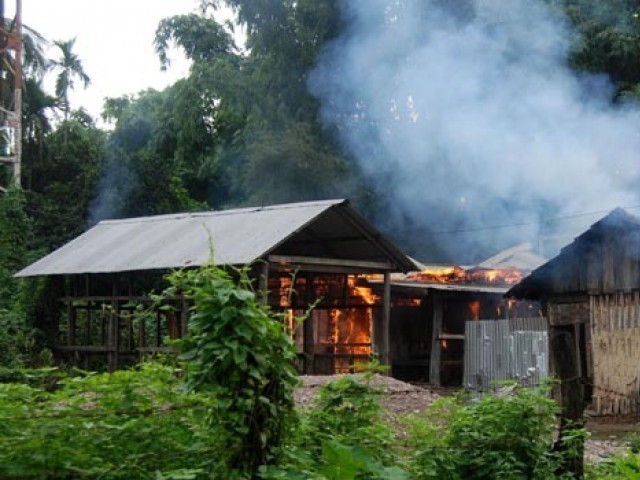 Assam violence: Is there a solution?

By Raksha KumarAugust 9, 2012 No Comments

“I have been harping on the point that we should focus more onAssam,” I overheard a friend saying, when I entered the Press Club in Delhi. After a long day of hard work, I just wanted to catch up with friends and not discuss the raging issues of the world that we journalists so often do.

With a cringe I approached the table that had seven people seated around it, with serious looks on their faces.

“Can we talk about the weather, please?” My voice was sarcastic.

“Yes! What do you people care about the Northeast?” came an uncompromising retort.

Offended by the stern remark and knowing fully well that I was being drawn into a discussion I would much rather not have had, I said in resignation,

“Go on, tell me what’s happening?”

It was the July 24 and four days earlier, bodies of four Bodo tribesmen had been found in Joypur Namapara in Kokrajhar district. This sparked violence leading to Muslim and Bodo communities burning down each other’s villages and houses. Within five days, 34 people belonging to both Muslim and Bodo communities were killed.  The arson also spread over to nearby districts.

Close to 170,000 people of both communities had fled their homes and were taking shelter in 121 relief camps opened by the authorities.

I knew my friend was right. We do not pay serious attention to the simmering tensions in the Northeast. This was a humanitarian crisis and we needed to understand the underlying reasons. Since this played on my conscious, I tried to read up about the incident and have been updating myself on the story ever since.

The conflict is ethnic, religious and territorial, all at the same time. Assam is a border state and has seen a sustained immigration from Bangladesh for decades now. It has always been a hotbed of ethnic tensions, as Muslim-Benagli migrants began to cross borders and settle in predominantly Hindu, Bodo areas. In 1983, more than 600 people were killed in the state and hundreds of houses were torched. Up to 6,000 people were left homeless in one of the worst crises in Assam.

The recent clashes occurred in what is called the Bodoland Territorial Autonomous District which was created in 2003, as a result of a prolonged Bodo agitation, that adds a separate layer of complexity in the picture to the picture.

Therefore, the Bodos fear losing power as the growing population of Muslims changes the demographics, and they contend that most of the Muslims are in any case, illegal immigrants from Bangladesh.

I also read some disturbing reports of individuals who fled the areas of tension this past fortnight. One women had given a detailed account to a reputed newspaper about how she had to leave her mother-in-law back at the house, when it was being attacked by the other community. The woman said that her mother-in-law had put on a lot of weight due to an illness, and they couldn’t carry her when the rest of them ran away from their homes. And, when they all returned after a couple of days, the old lady had stab wounds on her neck and back and the house was burnt down.

This is also a classic case of how the state and the central governments can pass the buck on to each other and shirk responsibility, while the opposition takes full advantage and portrays it as only a religious issue. This has been a regular affair in the power corridors of this country.

I will add myself to the long list of political and social activists, journalists and members of the civil society, who have been warning of an explosive situation in Northeastern India. India is slowly moving towards its doom by choosing to ignore the problems of its Northeastern states.

The state government wants to shut these make-shift camps for the homeless by August 15 as well. Where will these homeless victims go, if not to their burnt down homes?

Published in: The Express Tribune
Published on: 09 August, 2012
Link: http://blogs.tribune.com.pk/story/13307/assam-violence-is-there-a-solution/