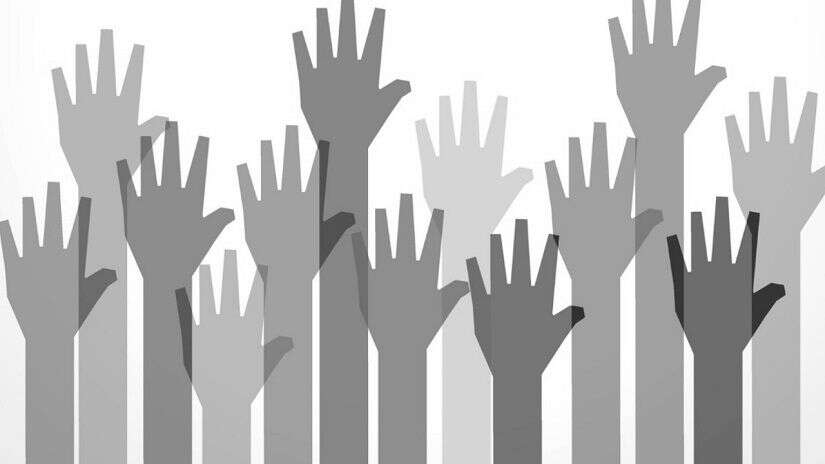 What’s caste got to do with it: Being Savarna is an accident of birth, addressing injustices is a choice

First off, thank you for a relatively more even-toned response.

For anyone who still cares about what you and I wrote in the past week, this is my response.

I shall keep vitriol aside as that is not going to lead us anywhere. A reasoned dialogue with issues that you have raised is something I have been having in private forums for a long time (and want to continue to have).

Your original beef with me was for sharing a review of Sujatha Gidla’s book (and for tagging her). I had been speaking to a whole range of people in Hyderabad and Visakhapatnam who held similar views to that of the reviewer — who, by the way, is a Dalit history scholar.

Since you are enjoying the beautiful weather in Bengaluru, let me know if you want to meet someday and I can share their names/details with you. (Journalistic integrity prevents me from talking about them in public.)

When I saw those exact same views published, I shared the review.

As an Asian woman, I get tagged by White men all the time in critical, often vitriolic tweets. If the criticism is valid, I pay attention. Else, I ignore.

But, since you say I have done a “terrible” thing by tagging Sujatha Gidla in a critical review, I will accept that since I do not have the lived experience of a Dalit writer, I shall not do so in the future.

However, this is something I have been thinking about since you published your first piece: How does one correct systemic injustices? As someone who was accidentally born into a historically oppressive caste, how do I speak out against caste injustice that comes as close to a lived experience of an oppressed caste?

Do I not write about (for example) Dalit history at all? If I do, am I meant to ignore critical voices within the Dalit community?

This has not been an easy question to answer. I have read arguments both for and against this in the context of White privilege or the Jewish identity.

Ironically, in your reaction to my tweet, you forget that Chinnaiah Jangam was actually calling out a huge loophole in Gidla’s book when he writes, “Sujatha Gidla misrepresents or ignores legendary Dalit figures who built the communist movement in Andhra, distorts the struggle for Telangana and dehumanises the Dalit experience.”

So, as I saw it, I was not targeting Gidla’s Dalit identity. I was putting forth a counter.

How does an ‘outsider’ look at critical comments? Do we just read and not discuss (or perhaps not on social media)?

With respect to feminist movements, a similar question would be, how do sympathetic men respond? Surely we, as women, would not want them to speak for us. But, should they not amplify our voices at all? In doing so, if one of them criticises us (for our caste bias or religious leanings), are we to lash out at them — ignoring that they are allies in our battle against patriarchy?

I shared that review, and said that people who spoke to me sympathised with it. That’s all. So, I did not “wield journalistic power to discredit a Dalit writer,” as you claim.

Second, I did not make your piece about me. In fact, anyone who read your initial piece where you had slipped in my name suddenly and called me casteist and entitled, would wonder what personal tiff you had had with me. Well there is none, “sister”. I don’t know you, you don’t know me outside of the Twitterverse.

If you had published a personal attack on me on your blog, I would have contacted you and asked you for substantiation. And we could have had this conversation in private.

You personally attacked me on a website that has editors. I am still unsure of why they didn’t ask you for substantiation, but I did. I wanted to know how I could be called casteist and a threat? I could be both and there is lots of room for introspection, but the piece did not explain that. You were throwing allegations against a person you did not know, rendering all the years of my introspection worthless. Every time I write about Dalits, adivasis and/or women, I try to get as close to their experience as I can.

I recognise that I have a long way to go. If anything, I struggle with it every time. It is a struggle I have chosen to undertake.

I just wanted to know why their editors did not ask you to provide examples. Considering there was no mention of anything other than just a link to a tweet, wherein ironically, I am accepting my caste privilege.

Did I publish something casteist in my writings? Did I justify my caste privilege somewhere?

When I asked them for substantiation, they changed the language you used in your piece. You see how this was not my “power” as you claim? They attached an editor’s note which reads “This article has been amended to remove a phrase that might have been construed as a personal attack.”

Firstpost need not oblige me. I don’t know any editors there. I don’t write for them. Your exaggerated view of my ‘power’ was nothing but the editors feeling they should have not let opinions turn into personal attacks.

In your second response to me, without any knowledge of how I conduct myself in day-to-day life, you claim my knowledge of caste “begin and end with doing things on Twitter that can mark you safe from being called casteist”.

Thank you from the bottom of my heart for making that point; you have showed what I was only trying to tell.

As an ally, I would appreciate feedback on what I can do to help, instead of my intentions being baselessly questioned. Most importantly, taking things out of context will weaken our collective fight against existing societal structures.

Caste is as accidental to me as it is to you. I did not choose to be Savarna. But, choosing to see historic and social injustices is a choice I have made. It is a long process that I want to endure. I have asked for feedback as I have gone along and thought about (it) as an individual.

If this is not something you buy, I will reserve my right to question your nuance.